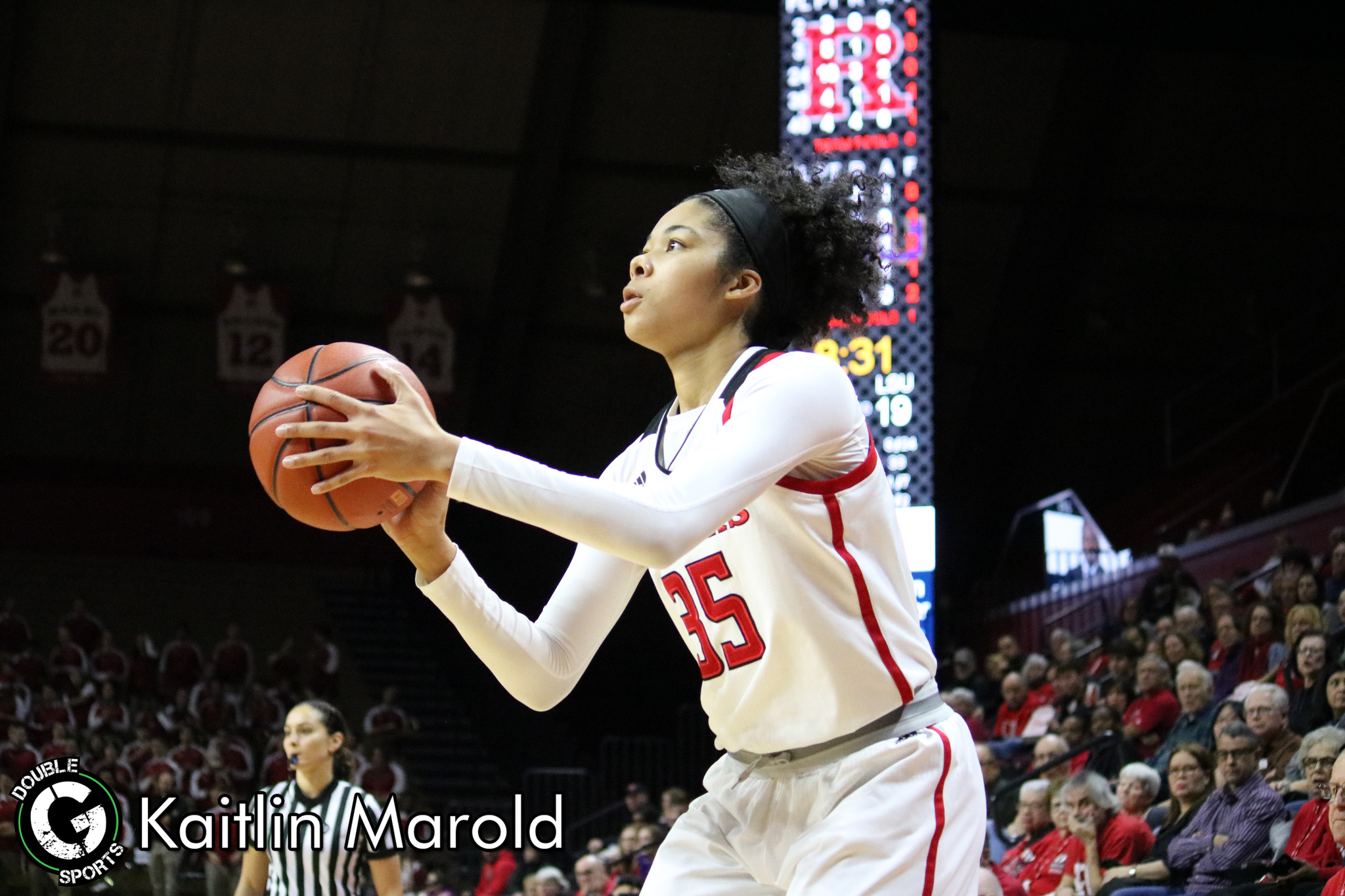 Ever since the Scarlet Knights crack the top 25 ranking, they never looked back and have never shown themselves to lack confidence. No deficit is too large for the Rutgers women’s team to overcome. Rutgers pressured and forced the Indiana Hoosiers to commit turnovers after turnovers, in route to a 69-64 comeback win on Thursday night.

Grit And Grind Lead To This Hard Fought Victory

Three Scarlet Knights finished in double-figures, as redshirt junior guard  Ciani Cryor led the way with a career-high 22 points. Redshirt senior forward Stasha Carey followed with 13 points and nine rebounds. Redshirt sophomore guard Arella Guirantes tacked on 12 points from off the bench to round out the double-digit scorers.

Rutgers full-court pressed Indiana anytime it went to inbound the ball. The result seemed like an endless nightmare for Head Coach Teri Moren and her squad. Either IU would inbound it, and Rutgers would create a turnover with an immediate double team, or the Hoosiers wouldn’t be able to find anyone in the time allowed to inbound and pick up a five-second call.

The pressure allowed Rutgers to end the third quarter on a 15-4 run and head into the fourth only down one point.

“Something had to jump-start it, Rutgers coach C. Vivian Stringer said. “We were down by 14 points and that’s a quick way to get an easy layup.”

The Scarlet Knights trailed 53-51 with 5:34 left before  Guirantes converted a 3-point play and gave Rutgers its first lead of the game. Cryor hit two free throws and had a steal for a layup to give Rutgers a five-point lead with 80 seconds left. Indiana (16-6, 5-5) scored the next four points to get within 62-61 in the final minute but couldn’t score until eight seconds remaining that made it 67-64. The Scarlet Knights hit seven of eight from the free throw line in the final minute to seal the win.

Brenna Wise scored 15 points to lead the Hoosiers. The Hoosiers committed 14 of their 20 turnovers in the second half. It’s almost impossible to win a game when you’re turning over the ball at that rate.

“We have an issue right now with ball security,” Indiana coach Teri Moran said. “We turn it over too much. Turned it over against Maryland at home. The third quarter got us completely out of sync and they got the momentum. Ball security is our Achilles’ Heel right now.”

Give Rutgers a lot of credit. The offense wasn’t sharp for most of the game, so they turned to their defense to find a way to win a game they should have lost.

What’s Next For Rutgers?

Up next, the Rutgers women’s basketball travels to Minneapolis for the first of two meetings between the Scarlet Knights and Golden Gophers on Super Bowl Sunday. Tipoff is set for 4 p.m. (ET).