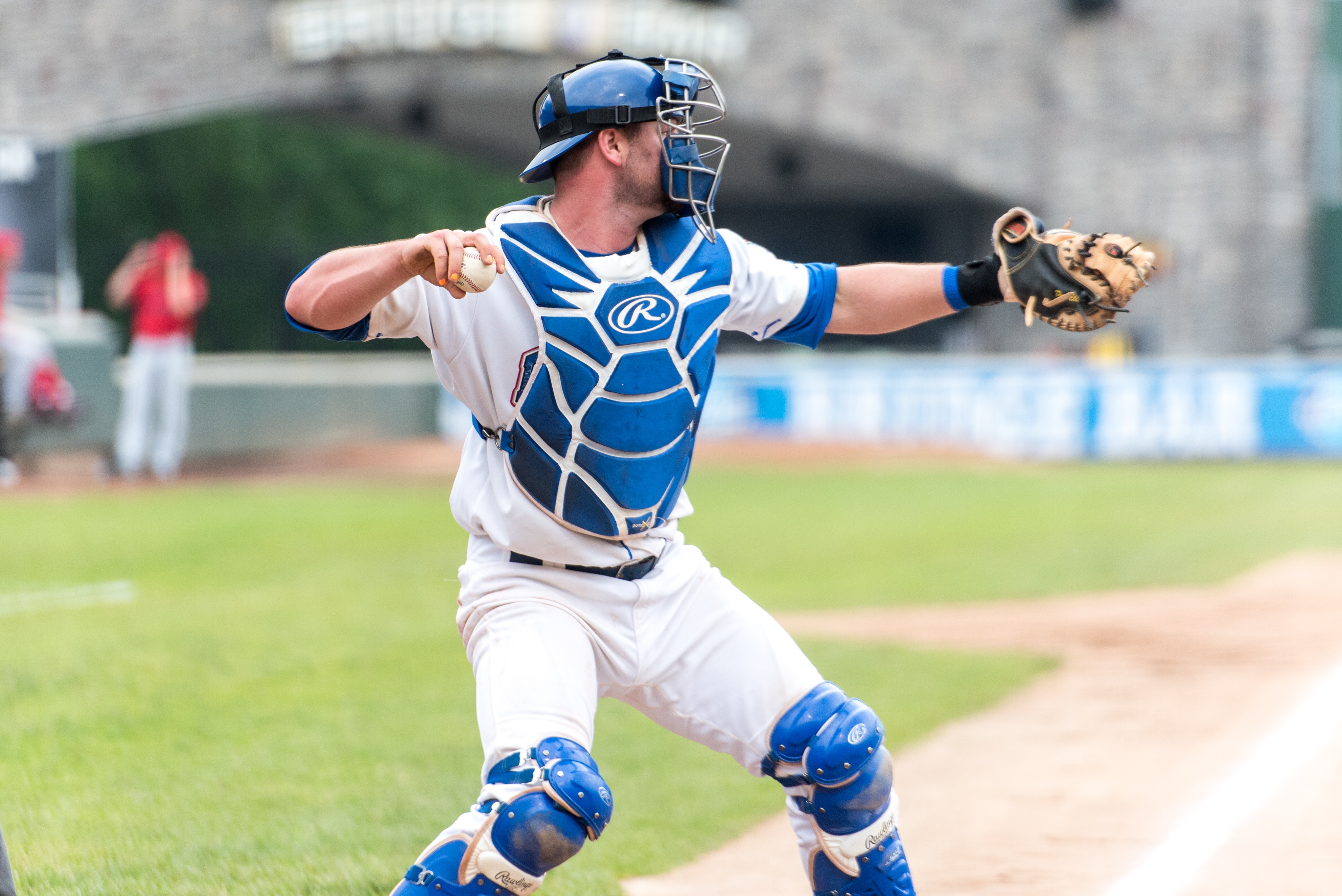 For a third consecutive season, the Rockland Boulders will open the Can-Am League regular season schedule against the Sussex County Miners. Thursday night will mark the second straight year the teams play a five-game series, with four out of the five games being played at Palisades Credit Union Park in Pomona, New York.

“It’s exciting, the season is here and we want to get it rolling,” said Keefe about Thursdays 6:30pm first pitch. “We have been practicing at different facilities due to re-sodding at Palisades Credit Union Park and luckily reached out to people who helped us out. It’s go time and no matter how you slice it be ready to go tomorrow night and we’re excited. A big advantage opening up at home and to put Justin (Topa) on the mound we can’t be anymore pumped up. You have to win series at home and take every series you can at your place.”

“We try to build our roster around this ball park and able to do it again. If the pitchers’ can keep the ball down in the infield and in the middle of the outfield we’re going to have a lot of success. Hopefully with our bats we can hit those gaps, doubles a few out of the ball park and use our team speed. Every year we have had success but from year to year there are changes and hopefully have that squad that will take us back to the playoffs.”

“Cody at third is the staple guy and in the middle of the lineup at the three or four hole,” Keefe said. “We have three new bodies, Danny Canela at first base, JC Rodriguez at shortstop and Aaron Wilson at second base. Aaron had a heck of a spring, like he ended last year and come a long way. He deserves an opportunity to get out there and play every day. JC has not taken the field yet because we just traded for him three days ago.”

It’s a different story in the outfield with centerfielder Jared McDonald back for a fourth year and Mike Montville in his third year with the team. Kevin Krause takes over the duties in left field.

Regarding the catching position, Marcus Nidiffer returns for a fifth season while taking over the pitching coach duties. Backing up Nidiffer will be Alex Herceg who is in his second season with the team.

“Marcus is going to be behind the plate against Sussex County as we are still learning what our staff and roles are going to be,” said Keefe. “Marcus learned during spring training it’s not an easy job, very tough, a lot of sleepless nights and tough decisions. We have our rotation set for the series but still trying to figure out our bullpen. Alex will be the main stay behind the plate and Marcus and Krause will catch one guy each in the rotation and Alex will catch the other three. Alex put a lot of work in the off-season and looking for big things from him behind the plate. Krause is a seasoned catcher and started with the (Pittsburgh) Pirates and been surprisingly well behind the plate and excited to have him. Canela also can go behind the plate as well.”

Regarding the pitching staff, Topa set a franchise record with 14 wins last season and named to the Can-Am League All-Star team. Keefe stated the team most likely would have to wait until June before Markus Solbach arrives and is able to pitch due to work visa issues. Last year Solbach was second on the team with 11 wins.

“We have guys who have been around the game and know what they are doing,” Keefe said. “Some young and seasoned arms, Tommy Lawrence is the number two starter, Nick Sarianides third in the rotation , Kagen Hopkins who was very good in the Frontier League the last three years and Ryan Deemes who spent time in the Houston)Astros) Double A and be our fifth starter. We’re still learning our bullpen, we have Kyle Hansen who spent time with Trois-Rivieres and very good with New Jersey at the end of last year, Matt Kostalos and Garrett Johnson.”

In closing, I asked Keefe about managing the Boulders for a sixth season and message to this year’s team. Last June Keefe notched his 700th career win as a manager.

“This is the longest I have been anywhere and a good run past five years. I have been lucky enough to be at the helm here in Rockland for five years and this is my second home for sure and where I call home on the baseball field. A long cold winter in every aspect for Shawn (Reilly) and I. Ready for the sunshine and to go out and play some baseball. Nice to have management’s trust in me and let me to do my job. When you win ball games it’s a lot more fun.”