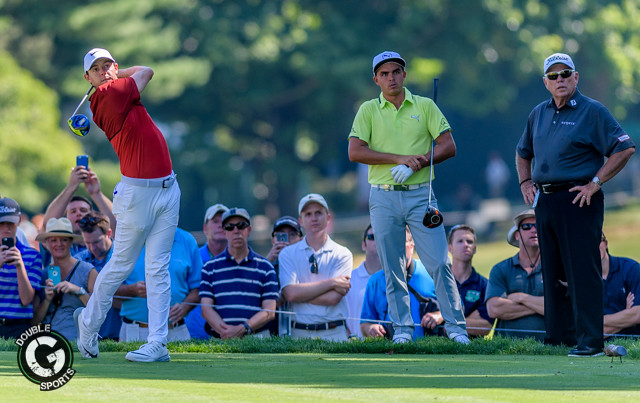 The U.S. Open was originally scheduled to be played at Winged Foot on June 18-21, but was delayed to Sept. 17-20 because of the coronavirus pandemic.

The United States Golf Association announced Wednesday, the 120th U.S. Open will be played at Winged Foot Golf Club in Mamaroneck, New York, but no fans will be in attendance.

“Following months of consultation and scenario planning with local and state health officials, we have jointly decided that hosting the U.S. Open without spectators will provide the best opportunity to conduct the championship safely for all involved,” USGA CEO Mike Davis said in a statement. “We will miss the excitement of the fans and what their presence brings to the championship. We look forward to welcoming them again to future U.S. Opens.”

The U.S. Open was originally scheduled to be played at Winged Foot on June 18-21 but was delayed to Sept. 17-20 because of the coronavirus pandemic. In June it was announced the championship would be conducted without traditional qualifying.

The PGA Tour has not permitted fans to its first eight events since the restart of play. Tickets purchased directly through the USGA for the U.S. Open will be automatically refunded, according to the USGA.

“We are thankful to all of the local and state officials as well as the members and staff at Winged Foot Golf Club who worked so hard to try to help us accomplish our goal of hosting fans this year,” said Davis. “We appreciate all of their efforts and while we are disappointed, we know it was the right decision to make for the community and for the players.”

Fans will be able to follow the championship by watching on NBC/Golf Channel, the U.S. Open app, and by following @usopengolf on social media or downloading the USGA streaming app for connected devices.

Double G Sports has all the latest news in the continued return to sports throughout the pandemic.