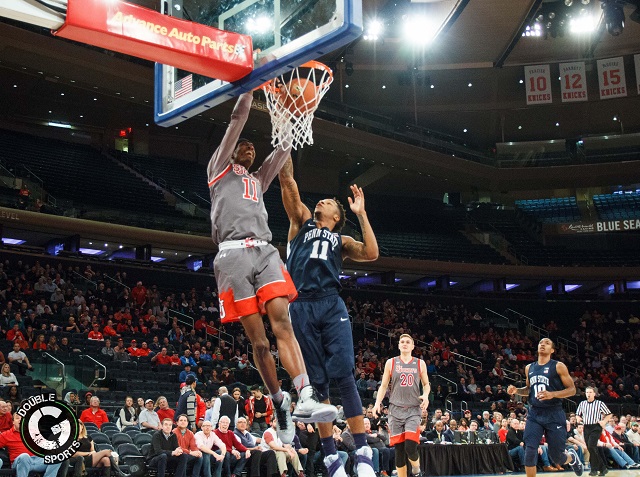 The MSG Holiday Festival has been a staple of New York basketball for years. Previously named the ECAC Holiday Festival, the games that takes place at “The World’s Most Famous Arena” was the scene of many classic games between some of the best local college basketball teams in the area.

On Sunday, Madison Square Garden hosted the 2016 Holiday Festival where St. John’s took on Penn State and Fordham took on Rutgers. The common theme of both games was to see how good all four of these teams were as their non-conference schedules are beginning to wind down. The team that everyone wanted to see was Rutgers as at 10-1, many believe that their record is an indictment on their schedule and not how good they really are.

Here are three takeaways from Sunday’s Holiday Festival at MSG.

Rutgers Basketball May Be As Good As Their Record Shows

I’ve been one of the biggest critics of Rutgers athletics over the last two years. I mentioned last spring that I believed that the Scarlet Knights had no business in the Big Ten as both football and men’s basketball were nowhere near the level of competition in the conference. While football is still struggling to find their footing in the Big Ten, Rutgers men’s basketball seems to be displaying a heartbeat after three disastrous zombie-like seasons under former coach Eddie Jordan.

After jumping out to a 17-pont lead in the first half, Rutgers’ opponent on Sunday, Fordham, began their comeback and the Scarlet Knights saw their lead shrink to under ten at the halfway point of the second half. In past years, Rutgers would have folded and lost the game by ten but a funny thing happened…they didn’t fold. The Scarlet Knights went on to a 70-53 victory to move their record to 11-1 ahead of their Garden State showdown against Seton Hall at the Prudential Center on Friday night.

Has Rutgers faced lower competition in their first 12 games? They have but remember that Rutgers never faced an overly difficult non-conference schedule and they still lost many of those games. In new coach Steve Pikiell, it seems that Rutgers has a coach that is getting his players prepared for every game and taking on the season in one game increments. No one is saying that Rutgers will go undefeated though Big Ten play and go on to the Final Four but all fans wanted to see from Scarlet Knight athletics is improvement and they are seeing it now. And it’s about time.

Penn State Could Make Some Noise In Big Ten

After defeating St. John’s 92-76, Penn State moved to 7-5 and while that doesn’t seem like a conference championship record, look at the rest of the Big Ten. Indiana is overrated and Michigan State is an afterthought. The Big Ten for the first time in a long time could be a wide-open basketball conference…enter Penn State.

Yes conference play has not started yet but Penn State, based on their performance at MSG on Sunday, showed that they can shoot and rebound at an alarming pace. When Big Ten play begins, the games will slow down and a team’s ability to shoot and rebound becomes paramount to their success. The Nittany Lions, if healthy, could be a dark horse to make moves in the Big Ten. A Big Ten title? Probably not. But can they earn a high seed in the conference tournament and compete for a NCAA at-large bid? Yes, they can. 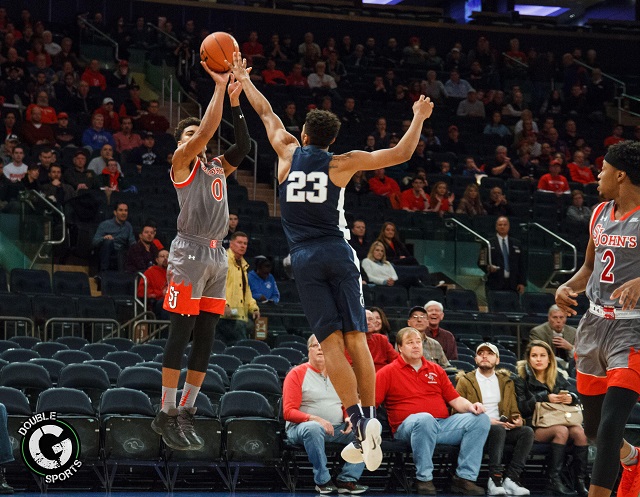 St. John’s Is Nowhere Close To Competing In The Big East

The Red Storm came into the Holiday Festival still reeling from a 74-73 loss to LIU-Brooklyn on Dec. 11. Chris Mullin came into the 2015-2016 season with the one of the youngest teams in college basketball with just an average 0.82 years of experience on his team. The inexperience showed on Sunday as the Red Storm fell behind midway through the first half as they went down to Penn State 92-76.

Turnovers plagued St. John’s as Penn State pressured the Red Storm and along with some ill-advised passes, St. John’s committed 21 turnovers for the Red Storm. Add in an over ten-minute field goal-less streak from the end of the first half to the start of second half and St. John’s were doomed. For some teams, like a Kentucky, youth is a good thing while for others it takes time for young collegiate players to put it together. St. John’s is nowhere near competing for a Big East crown due to their youth but Mullin understands that and continued to preach patience to his team after the game.

“People that have success, the other thing they have is experience of failing, and they use that as a learning tool, not to hang your head and things like that, you learn from it and we don’t really have a locker room full of guys with those experiences.”