NYCFC look to bounce back from a disappointing loss against Orlando City last weekend as they hit the road against the Columbus Crew, who currently sit in second place in the Eastern Conference table.

As both teams suffered defeat in New York last week (Crew lost 2-0 to the Red Bulls in New Jersey,) both sides look to rebound and earn three points in tonight’s match. Here is a quick breakdown of some vital statistics before this evening’s match. 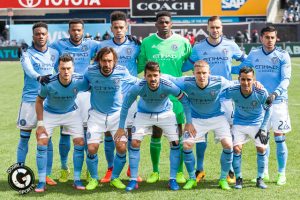 1. Can NYCFC Take Their Chances?

2. Does Wallace Remain at Left-Back?