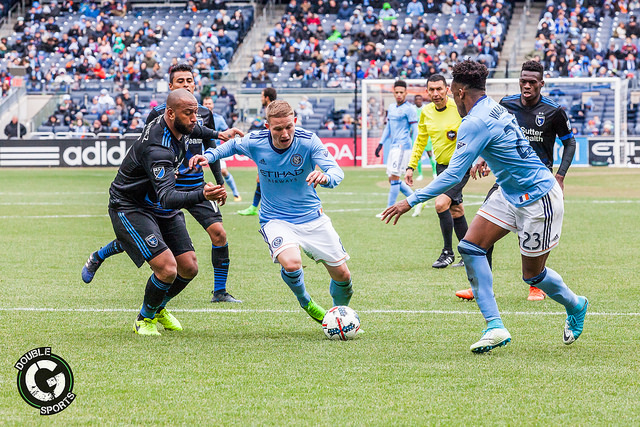 PHILADELPHIA, PA — NYCFC heads down Interstate-95 to South Philadelphia in an attempt to put last week’s forgettable performance against D.C. United behind them as they take on their rivals from Philly, the Union.

It is safe to say NYCFC has not gotten off to the start they wanted. However, their 1-2-1 record doesn’t accurately paint the picture, as NYCFC has looked dominating in the majority of their games. In his second year as head coach, Arsenal legend Patrick Vieira has been able to play possession football while tightening up his defense, which was a travesty a year ago.

Before this Good Friday contest kicks-off, here are three things to watch for as NYCFC looks to come away with three points: