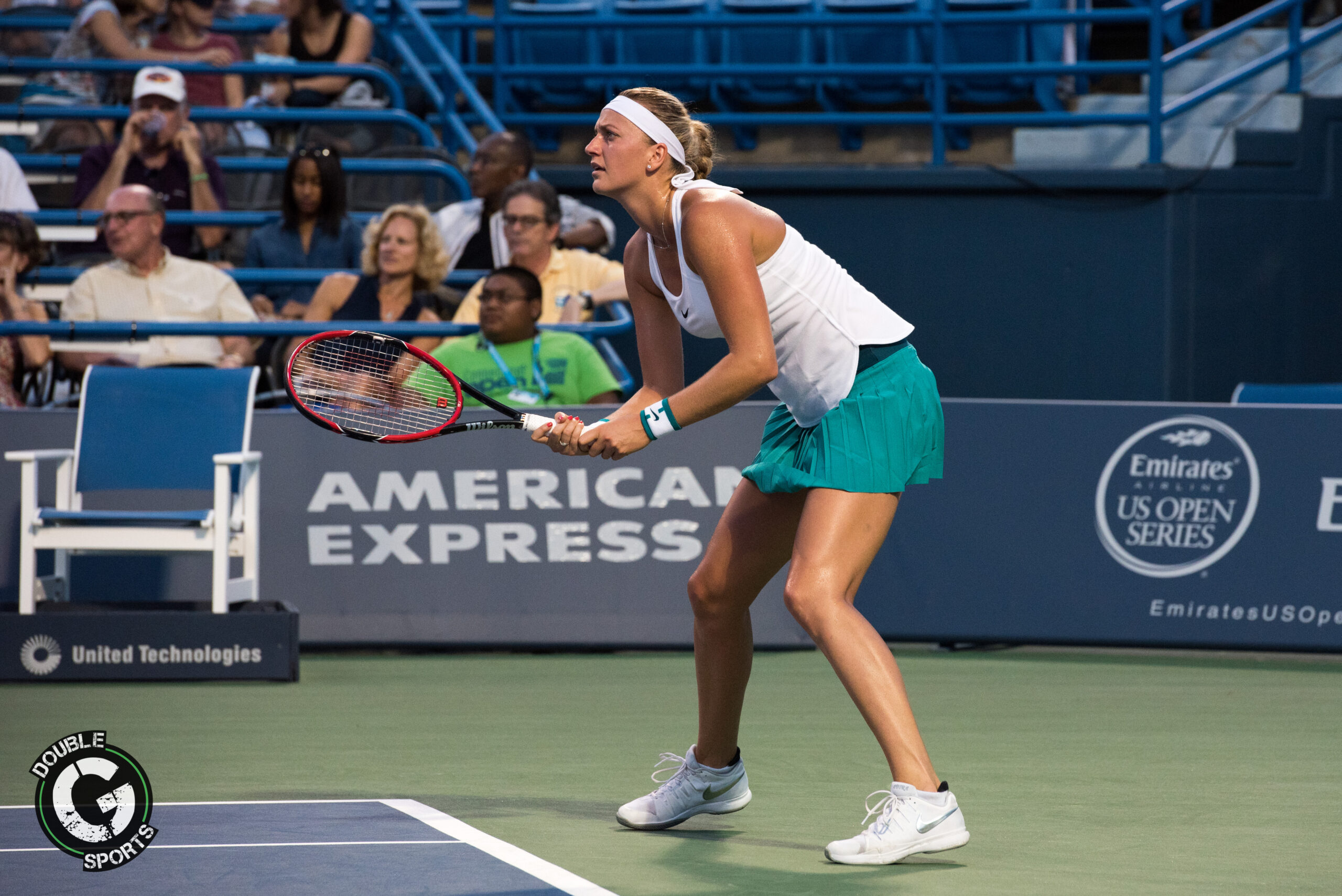 Back in January, when the world was “corona free,” tennis fans got to experience their first major tournament of the year through the likes of the Australian Open. When the grand slam concluded in early February, nobody, and I mean nobody, could have predicted that the next major would have taken place nearly eight months later due to a global pandemic.

The French Open, which is usually the second major of the year, was postponed until late September, and Wimbledon, which takes place during the dog days of summer, was cancelled for the first time since World War II.

So here we are. Back in the saddle, getting ready to endure our second grand slam of the 2020 calendar year. And while there may be no fans this year to pack in Arthur Ashe Stadium, or a superstar-packed draw we are usually accustomed to, the next few weeks are still promised to have high-quality tennis provided by some of the best tennis players in the world.

So without further ado, let’s look at five players to watch for coming into the 2020 U.S. Open.

How can we not kick off this list by talking about the number four seed on the women’s side, Naomi Osaka. Osaka, a 22-year-old superstar from Chuo Ward, Japan, has quickly become America’s heartthrob. Osaka truly broke onto the national scene in 2018, when she shocked one of the best tennis players of all time, Serena Williams, during a dramatic US Open Final match. She then went on to win back-to-back grand slam titles, winning the 2019 Australian Open final, thus giving her the status of the women’s world number one player ranking.

A year ago, @Naomi_Osaka_ was ranked 72nd in the world.

With her Australian Open win, she will be No. 1. pic.twitter.com/xGW9HNmpti

When talking about Osaka’s game, you first must discuss her ability to move laterally throughout the court. Because of her quickness, there nearly isn’t a ball she can’t get to. Her explosiveness allows her to win big points late in a match. Osaka is host to the most powerful forehand on tour and, if she can locate it during this tournament, she will become nearly impossible out.

The one concern coming into the Open for Osaka is that she has been dealing with a hamstring injury, forcing her to withdraw from the Western and Southern Open Final just a few days ago. However, Osaka is one that can battle through adversity in a major.

Over the past couple of years or so, Alexander Zverev has established himself as one of the most dominating young players we have in our sport. At just 23 years old, Zverev would be considered a boy to some, but plays the sport of tennis like a chiseled man. His serve is explosive, his backhand is uncanny, and his ability to outwork opponents off the sheer basis of pure athleticism is unmatched.

He takes the first set off Mahut in their R2 clash in Louis Armstrong Stadium…#USOpen pic.twitter.com/SVhIKaL0RN

Starting today, I am officially declaring Alexander Zverev as my pick to WIN the 2020 U.S. Open. Now, you may be saying to yourself right about now; “Whoa Peter, slow down, Zverev hasn’t even competed in a major final yet, never less won one.”

To that I say, this U.S. Open is going to be known as the tournament of opportunity for these young bucks trying to burst on the scene. Why is this? I don’t know, maybe because Rafael Nadal and Roger Federer, who make up 2/3 of the three-headed beasts will not compete in this year’s major. That means that realistically, Zverev only has one mountain he has to conquer this tournament, instead of the usual three. Now barring, that mountain is Novak Djokovic who is currently the best tennis player in the world. But if my math is right, one is less than three.

Coco Gauff is 16 years old. 16. Want know what I was doing at 16 years old? Picking my nose and trying to get my driver’s permit. Gauff at 16 however, has become the 49th ranked women’s player in the world and has become the future of US women’s tennis. Pretty incredible if you ask me.

Gauff’s claim to fame thus far came during last year’s Wimbledon tournament when the then 15-year-old, defeated Venus Williams during the opening round, becoming the youngest women’s player since 1991 to win a first-round match at Wimbledon.

Made for the big stage ✨@CocoGauff becomes the youngest player since 1991 to win in the first round of the ladies' singles, beating Venus Williams 6-4, 6-4#Wimbledon pic.twitter.com/hfgcQGdZtq

It was an upset that had the masses talking. Since then, Gauff has only gotten better, beating high-caliber names such as Naomi Osaka and Williams once again, during her Australian Open debut. Gauff is a rising star who has become must-watch TV every time she steps on the court.

During last years U.S. Open, Daniil Medvedev had a tournament to remember. During one of his early-round post-match interview, Medvedev began trolling the American crowd, stating that the boos he received during the match actually helped him win and from now on, he actually encouraged the negative sentiments. Needless to say, this did not go over well with the crowd and for the rest of the tournament, Medvedev became almost a mortal enemy of sorts.

Daniil Medvedev didn't use his latest #USOpen win to troll the fans, but he continued to roll over opponents the way he's done throughout the tournament. https://t.co/gdw0vG1Nds

However, after losing in an epic 5 set final to Rafael Nadal, Medvedev actually thanked the fans for an amazing few weeks and apologized for his earlier antics.

Daniil Medvedev might have lost the US Open final but he's won fans the world over this last fortnight 🙌 pic.twitter.com/nRGCj6fK6E

PS: Daniil Medvedev is a hell of a tennis player and has a legitimate shot at winning the 2020 U.S. Open

You really thought I was going to make this list without talking about the GOAT? Think again. She has fourteen major doubles titles and twenty-three grand slam singles titles. Talk about absolute excellence. By all accounts, Serena Williams is the greatest woman to ever touch a tennis racket, and there is nothing anyone can say to change my mind.

The final practice day before the @USOpen starts.

Serena Williams getting in some reps with Nicolas Mahut on Arthur Ashe Stadium. pic.twitter.com/ODI2KYgCx6

As Serena comes to New York, it is important to understand that this is a BIG tournament for her. Currently, and over the past couple of years, Williams has been chasing her 24th grand slam title, which would tie her for the most grand slams titles of all time with Australian legend, Margaret Court.

Serena is 38 years old, and it’s reasonable to assume her chances to tie to the record are dwindling by the moment. After giving birth to her daughter back in 2017, Williams has reached four grand slam finals, in which she has gone 0-4 and has failed to win a single set.

In my opinion, Williams has this tournament and she can also grab the French Open in September to tie the record. However, even if she fails to reach this mark, Williams will go down as one of the best to ever do it. She will be remembered as one of the most transcendent athletes of all time.