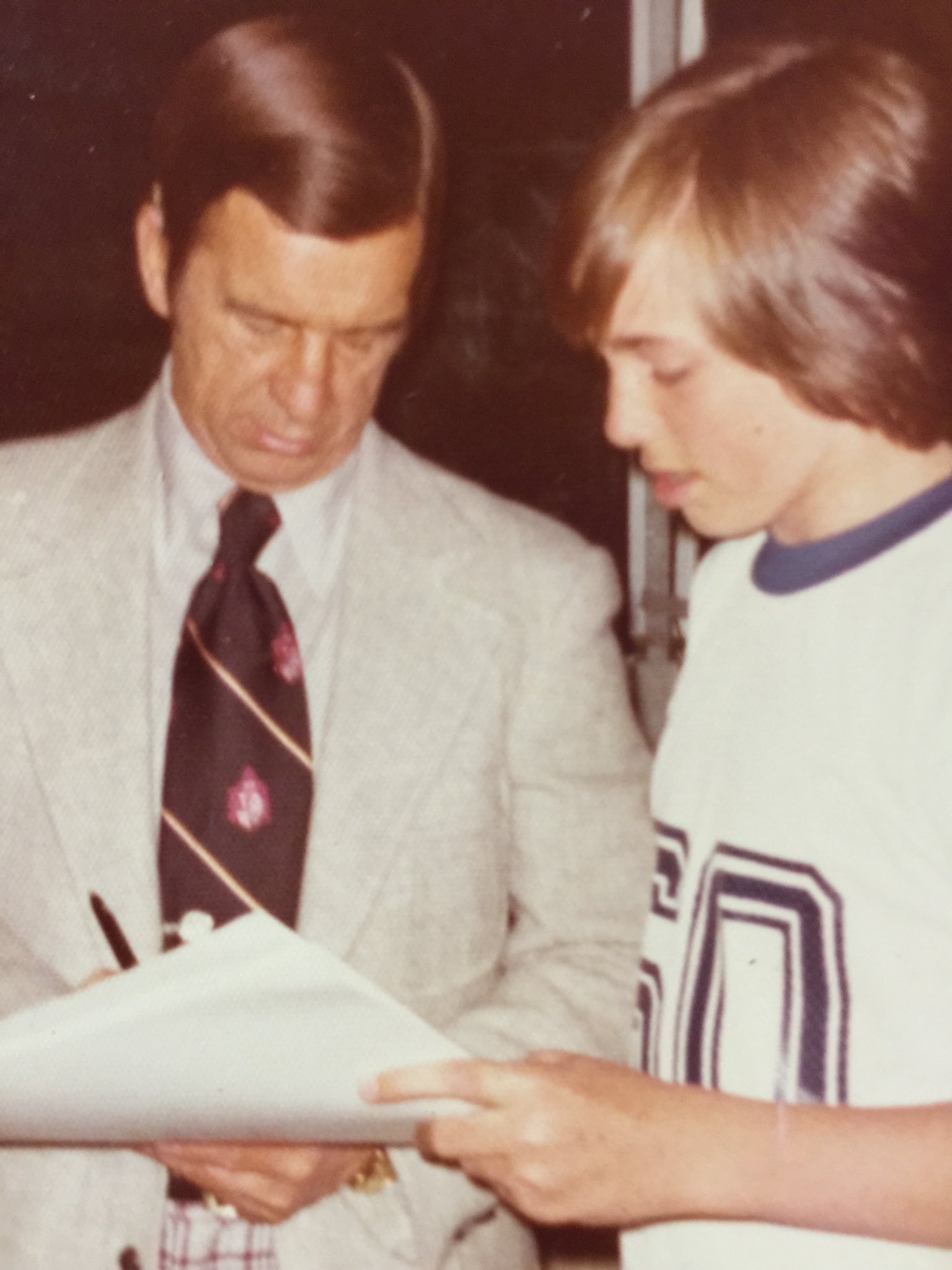 Recently, I had a great opportunity to interview E.J. Hradek, who was a phenomenal guest. E.J. is an analyst for the NHL Network who co-hosts NHL Now with co-host Jackie Redmond. The show features new guests every week, ranging from current National Hockey League players such as Ryan Reaves of the Las Vegas Golden Knights and most recently the New Jersey Devils general manager, Tom Fitzgerald.

EJ told me all about his background as a hockey fan and how his career as a sports broadcaster came to be.

Journey to the Pros

Hradek’s roots begin in Westchester County, New York, which he described as “Rangers country.” But Hradek was a New York Islanders fan, a team added in 1972 as part of the NHL expansion.

“I sent the Rangers five dollars in the mail for what was called at the time a Rangers Blue Book, which was like a media guide or a yearbook,” Hradek reminisced. “I never got it. So, I always joke that I hold a grudge about that years later,” he added.

I could hear the disappointment in E.J.’s voice when he said “I never got it.” On a lighter note, E.J. described what it was like to be an Islanders fan during their first season in 1972.

“That first season was pretty much a disaster, but they did have one crazy win against the big, bad Bruins of [Phil] Esposito and [Bobby] Orr in the Boston Garden,” Hradek said. “The Bruins…those guys must’ve been out late, the night before because it was five-nothing Islanders in the first period and I think the Islanders went on to win 9-7 and that was probably the highlight of their first season.”

Fast-forward eight years and the Islanders, who had finished dead last, were now on their way to winning their first-ever Stanley Cup.

E.J. shared what it was like to be there at the Nassau Coliseum for Game Six 1980 Stanley Cup Finals.

“As a fan and as a young person, I had an unbelievable enjoyment in my life, some pain… but some real joy along the way, Hradek said. “Then when [the Islanders] won [the first of their] four cups, I was at the Nassau Coliseum for that win against the Flyers on a Saturday afternoon and I was there for every home playoff game that year with the exception of that first round against the Kings.”

Although E.J. Hradek grew up an Islanders fan, he reminded me that he is a broadcaster and fan of all NHL teams.

“In the job I do, I like to be an honest broker for all fans,” Hradek said, “I don’t feel it’s appropriate for me in my role as a national guy covering the NHL to have that kind of bias… To be honest, I root for the people I like in the game to do well, people I’ve met who are really good people and I know their stories and I root for the fans.”

His connection with fans resonated with me. It became clear from our interview that E.J. is very appreciative of where he is today: from a kid who loved spending time at the rink to his first job as a professional scout and now a professional broadcaster.

“Hey, listen, it’s a great game,” Hradek said. “I was a ‘Rink-Rat’ as a little kid, I’ve always loved the game and I’ve been able to make a whole life out of it, so I’ve been very, very lucky.”

Motherhood in the #Wubble
Dr. Fauci to Throw Out First Pitch Opening Night