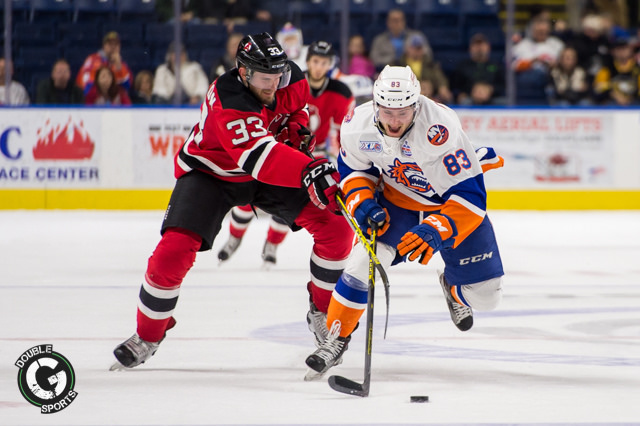 On Thursday, the CEO of the American Hockey League announced that the league’s Board of Governors has approved its proposed Division Alignment for the 2017-18 season as follows:

There will be four changes for the upcoming season. First, the Charlotte Checkers, the AHL-affiliate of the Carolina Hurricanes, who belonged to the Central Division this past season, will head over to the Atlantic Division. The Checkers formerly played as the Albany River Rats until relocation in 2010. No other teams will be moving to different divisions.

The Binghamton Senators, the Ottawa Senators’ AHL-affiliate, will be moving to Belleville, Ontario. With the vacancy in Binghamton, the Albany Devils will relocate to the Sens’ previous home and will be renamed the Binghamton Senators. For the first time since 1979 when the Adirondack Red Wings began playing in Glens Falls, the Capital District of New York will be without an AHL franchise.

Finally, the St. John’s IceCaps, the AHL-affiliate of the Montréal Canadiens, will be relocated to Laval, Quebec, and renamed the Laval Rocket. After a fan vote, “Rocket” was victorious with 51% of the vote. The name is an ode to Habs’ legend, Maurice “The Rocket” Richard.

While the 31st NHL franchise, the Vegas Golden Knights, has yet to secure an AHL affiliate of its own, as per Stephen Whyno via Twitter, Vegas will likely share an affiliate with another NHL team until Vegas’ General Manager George McPhee can secure one exclusively.

The format for the 2018 Calder Cup Playoffs will be finalized by the Board of Governors at its Annual Meeting in Hilton Head Island, South Carolina, July 2-6, and the complete playing schedule for the 2017-18 regular season, which begins October 6, will be announced this summer.

In operation since 1936, the AHL continues to serve as the top development league for all 30 National Hockey League teams. More than 88 percent of today’s NHL players are American Hockey League graduates, and for the 16th year in a row, more than 6 million fans attended AHL games across North America in 2016-17.