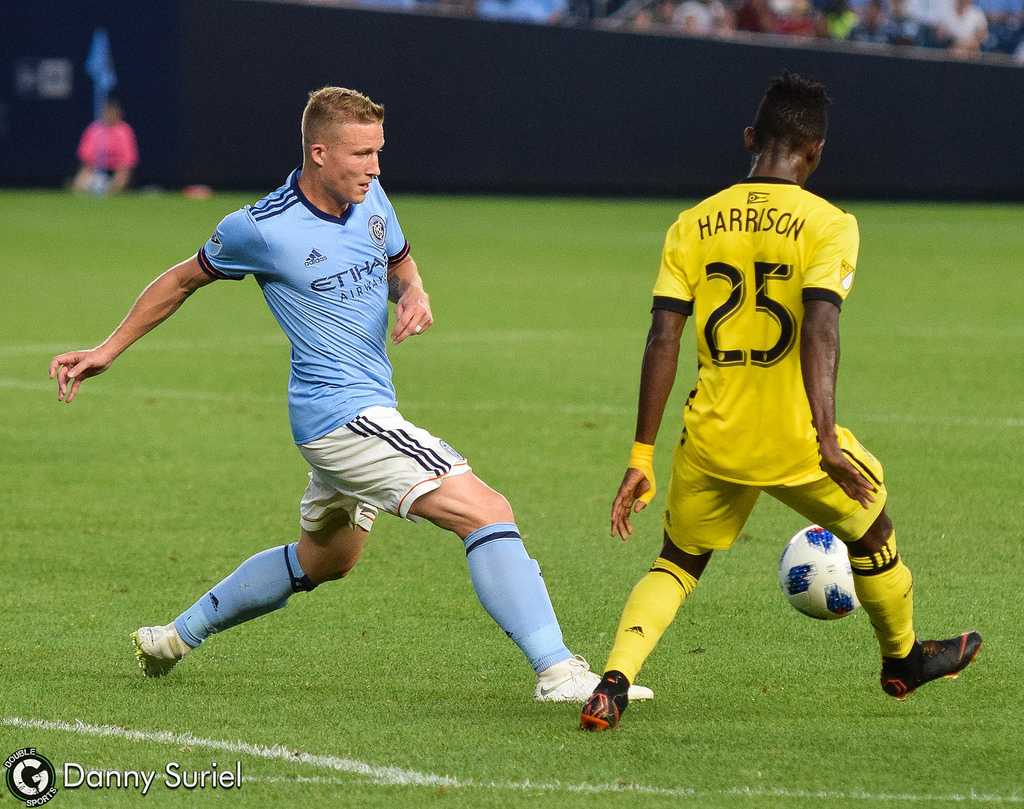 David Villa‘s farewell opened a void in New York City FC, but also kicked off a new era for the team and the club. The club is working to replace the absence of David Villa, an absence that will be felt both in the field and in the locker room. But the definitive moment has arrived to turn the page.

Within the team there are many players who play the role of leaders, who will have to make a difference and help to better integrate young people and newcomers. Among these definitely stands out Alex Ring, new captain of New York City FC.  Ring takes the legacy of captain left by Villa, and will be the second captain in the club’s history.

“I feel great, I am immensely proud to be the captain of this team and this club, it’s something I really wanted. Dome told me this the first day, I was happy, I did not expect but I’m really proud to represent this club. Being a captain does not mean that I have to change much from what I was before, I will try to help the other guys. I have a certain responsibility for the team”, the commentary of Ring about his new role as team captain.

Alex Ring also spoke to New York fans: “I say to the fans that I promise them that we will give our best, we are a team hungry for victories and we do not just want to get to the playoffs but win the Cup, even more so as a captain”.