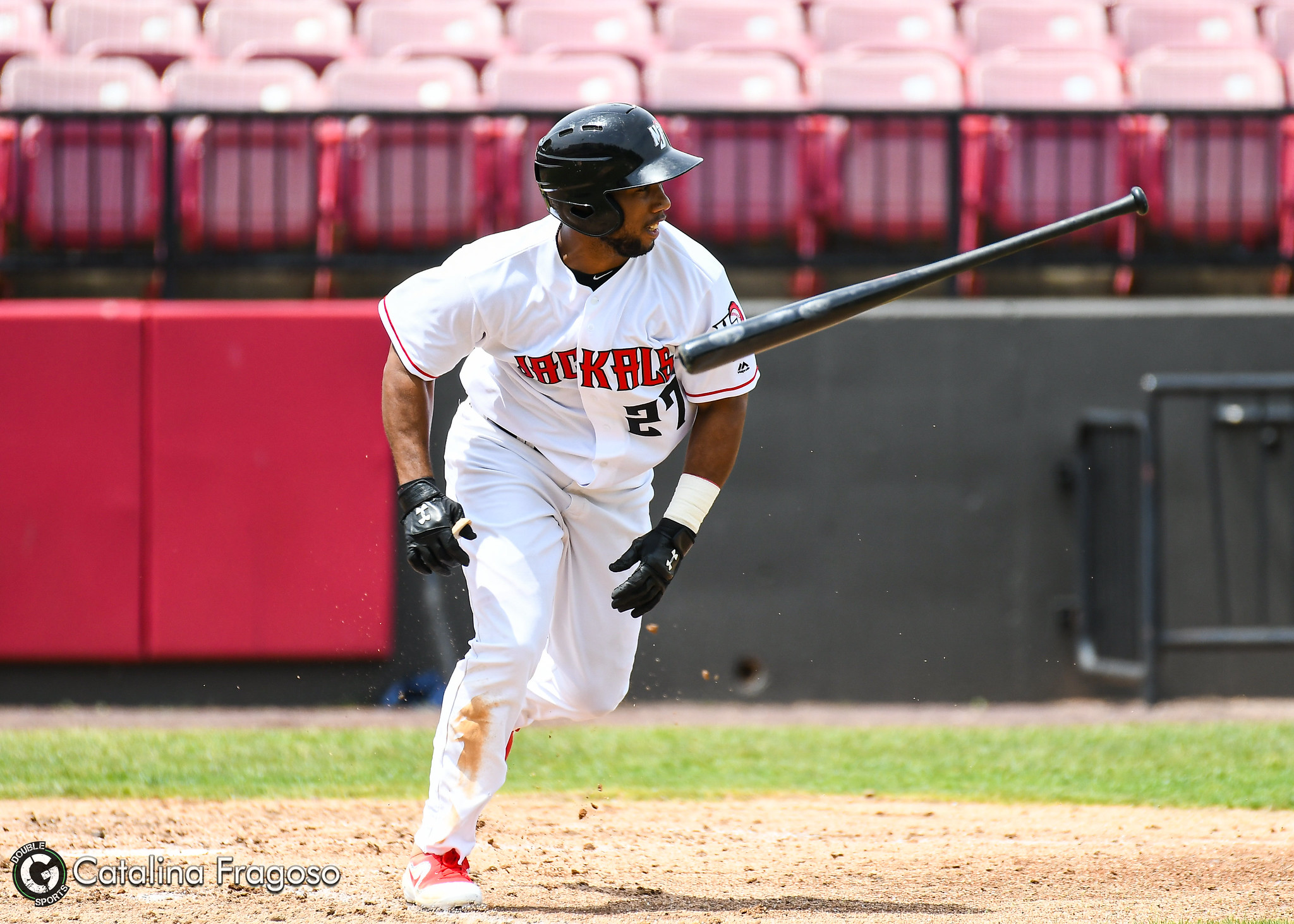 The New Jersey Jackals resumed to hosting Can-Am League opponents after a couple of international series as outfielder Alfredo Marte played a big role in his team winning three games out of four against the Quebec Capitales.

After back to back home series against international teams, the New Jersey Jackals resumed to playing against Can-Am league competition at Yogi Berra Stadium. The Jackals would take on the Quebec Capitales in a four game series, two of those games being a doubleheader to make up for a rainout back on May 30. In the end, New Jersey would end up winning three of the four games thanks to some hot play from outfielder Alfredo Marte.

Both teams would play the doubleheader when the series first began on July 1. The first game was very tight and low scoring with both teams first getting on the scoreboard in the third inning. Michael Baca singled in the top of the third to score Brandon Fischer. In the bottom half of the inning, Jay Gonzalez scored on a fielders choice to tie the score at 1-1.

The Jackals would ultimately take the lead in the bottom of the fifth when Conrad Gregor singled to score Jay Gonzalez. The Jackals would head into the top of the seventh inning with a 2-1 lead and a chance to close it out, as doubleheader games are seven innings each under Can-Am League rules. However, after getting the first two outs, Chris Shaw would hit a double to score Yordan Manduley, tying the game at 2-2 and sending it into the eighth inning.

In the bottom of the eighth, Nelson Ward came to the plate with two runners on base and one out. Ward laid down a perfect bunt that scored Santiago Chirino, giving the Jackals the walk-off victory in extra innings.

Unlike the first game, the second game of the doubleheader was high scoring from the get go. Quebec would end up taking an early lead as David Salgueiro and Yordan Manduley would hit back to back one run singles to give the Capitales the 2-0 lead. On the other hand New Jersey’s offense exploded for six runs in the bottom of the second. Chase Smartt got it started with a one run single. However, the big blows came off the bats of Emilio Gurrerro with a three run home run and Alfredo Marte with a two run single.

In the bottom of the fifth inning, the Jackals scored six runs yet again. Sthervin Matos got it started with a one run triple. Isaac Wenrich, Santiago Chirino, Conrad Gregor all followed up with one run singles. Alfredo Marte finished it up with a two run double. He finished the game going 2-for-3 with four RBIs, leading the Jackals to a 12-4 victory as they sweep the doubleheader.

The third game on July 2 starting off low scoring, but both teams still getting their fair share of runs. Rian Kiniry got the Capitales on the board with a one run single in the top of the first. The Jackals would bounce right back in the bottom of the second when Alfredo Marte hit a solo home run. In the bottom of the fifth, Santiago Chirino scored on a wild pitch to give the Jackals the 2-1 lead.

However, this game would be the Capitales turn for their offense to explode. Quebec scored two runs in the sixth inning as well as two more in the seventh. Jhalan Jackson had the big blow, a two run home run in the top of the seventh. The Jackals would score one run in the bottom of the eighth off a one run single by Gregg Veneklasen to make the score 5-4 in favor of the Capitales heading into the ninth where Quebec would ultimately put the game away. The Capitales scored five total runs in the top of the ninth. New Jersey would score one run in the bottom of the ninth, but it wouldn’t be enough to spark a comeback as Quebec would take the third game of the series 10-5.

Beyond just the loss in the third game however, the Jackals roster took another blow on the injury front, as third baseman Emilio Guerrero got hurt on a putout play at first base. Guerrero was down for several minutes before getting back up and slowly walk back to the dugout. Emilio Guerrero joins the list of Jay Gonzalez, Richard Stock, and Demetrius Moorer of Jackals players currently sidelined with injury. New Jersey Jackals manager Brooks Carey says he expects Gonzalez, Stock, and Guerrero to be back after the All-Star break.

The New Jersey Jackals would play for the series win in the fourth and final game of the series on July 3. And boy would they come out swinging. The Jackals scored six total runs in the bottom of the first inning alone. Alfredo Marte drove in three with a three run home run, his second homer of the series. Isaac Wenrich followed it up with a two run single, then scored later on in the inning on a sacrifice fly by Santiago Chirino. New Jersey would add two more runs in the third to give them eight total runs through three innings.

The Quebec Capitales would score their fair share of runs in the game as well. They would score seven runs from the third through sixth innings. Stayler Hernandez drove in two with a solo home run in the fourth and a sacrifice fly in the fifth. Quebec would suddenly get right back into the game as they now trailed 8-7 heading into the bottom of the sixth. New Jersey would end up scoring two runs in the inning before Chris Shaw hit a solo home run in the top of the seventh.

In the bottom of the seventh, however, Alfredo Marte would come up big again, hitting a solo home run, his second homer of the day and third of the series. Marte would finish the game going 2-for-4 with four RBIs. The Jackals would go on to score three more runs in the game to win the game 12-8 and clinch the series victory.

“He’s looking like he belongs in the big leagues and not here in the Can-Am League,” Brooks Carey said in reference to Alfredo Marte, who finished the series going 6-for-15 with three home runs and nine RBIs.