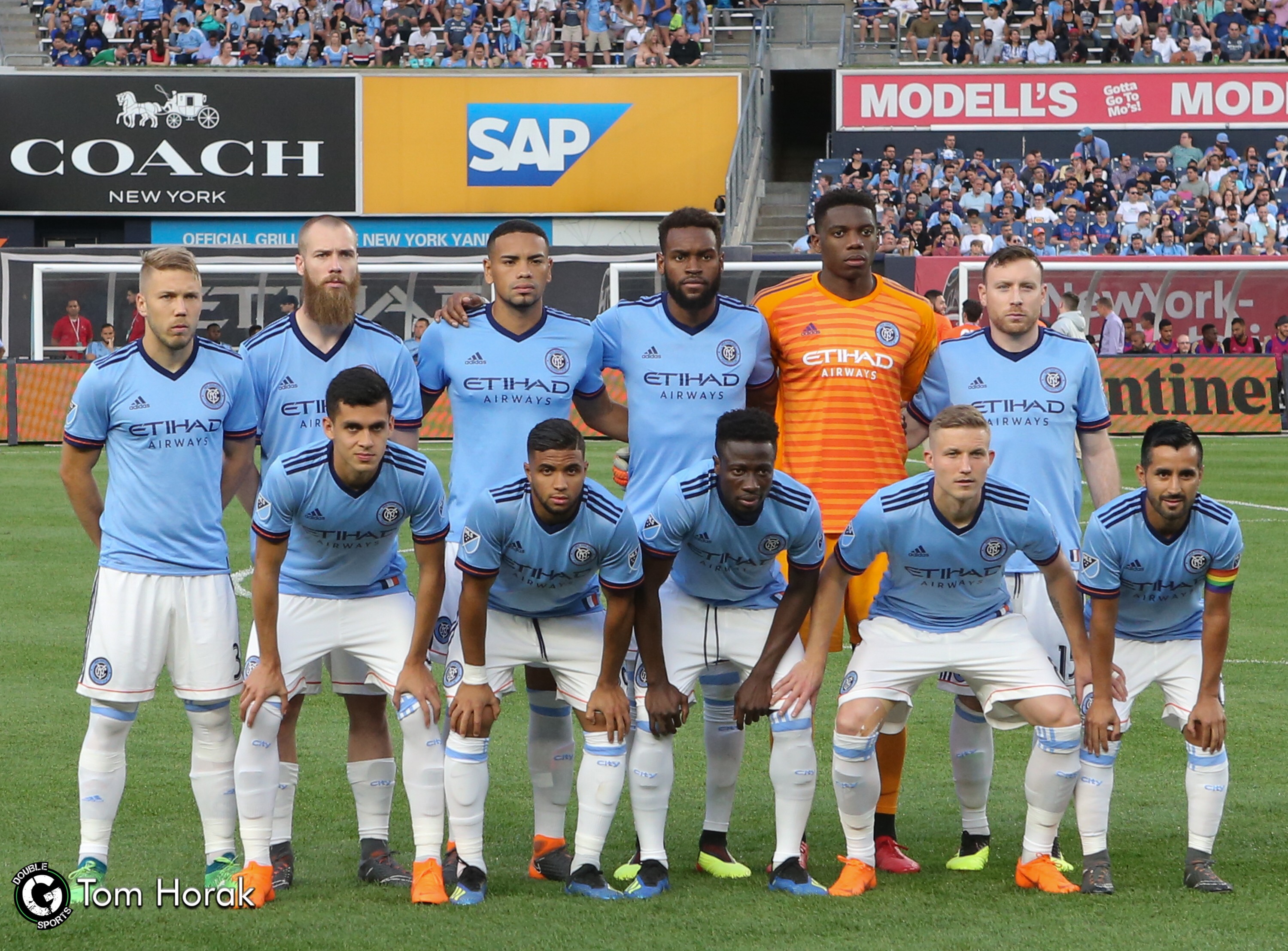 New York City FC has seen changes to their squad, particularly in the attacking third with Jo Inge Berget, Jesus Medina, and Ismael Tajouri-Shradi all in their debut season with the club. While the three forwards all arrived prior to the start of the season and have had roughly half a season to settle, manager Domenec Torrent’s appointment as manager comes in the middle of the season, however. His only match in charge of the club has been NYC’s 2-1 victory over Toronto at Yankee Stadium.

With multiple changes to a squad, as well as a change of manager, it can sometimes take a while for teams to compete at the highest level. New members of the squad often need their time to settle in and adjust to their new side’s style of play as their teammates attempt to make their own adjustments themselves. The arrival of a new manager can result in a similar scenario.

That has not been the case so far at NYCFC, however. Both Medina, and Tajouri Shadri have offered solid contributions up top with 2 and 7 goals respectively. Both have also linked up well with David Villa, who despite a slight decline in his goal tally this season, has not had the lone burden up top as he may have had in recent seasons.

Meanwhile, in his short time at the club, Berget has demonstrated himself to be a reliable alternative to David Villa up top. The Norwegian has already scored three times this season, including two neat finishes as NYC FC fought back to defeat Toronto last weekend.

Any side in the MLS and even most sides in Europe would hate to lose David Villa to injury, but the performances of the three newcomers should reassure supporters that this side does have strong talent, and good depth in the final third. Maxi Morales provides further creativity as well, and has also chipped in his share of goals.

As far as Domenec Torrent’s arrival is concerned, there is little to go off of in order to analyze his tenure, but the victory over Toronto is a positive start. The team looked sharp, and took a positive approach to the match. Regardless of the result, what really matters is that despite the managerial change, NYC FC hardly looked distracted and looked to have the same level of desire as they have under Patrick Vieira for the past two years.

It is unclear whether their form will continue deeper into Domenec Torrent’s reign, but the manager’s credentials are a strong indicator of his talent and knowledge of football. With Guardiola, he has won a total of twenty-four trophies with three different clubs. While Torrent lacks experience as a manager, Viera’s success with the club suggests that being a part of successful sides, rather than experience, certainly counts for something.

The halfway mark of the season is approaching, and so far, NYC FC are in solid shape. Though the Red Bulls could jump in front of the Bronx based side with a win in their game in hand, NYC could also draw level on points with conference leaders Atlanta with a victory in Chicago. Meanwhile, they remain comfortably in the playoff positions with a nine point lead over seventh placed Chicago Fire having played two games fewer.

Despite two dismal four goal defeats at the Red Bulls, NYC FC have reason to be satisfied with their performances so far this season.

World Cup 2018; Bet of the week
How Patrick Vieira Has Left The MLS A Better Place
Posting....