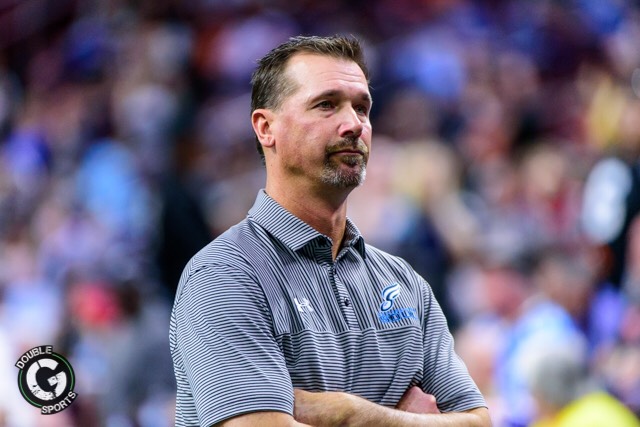 Philadelphia’s dream of a three-peat took a hit on Sunday and the Soul came out on the losing end of a  57-45 contest versus the Baltimore Brigade at Wells Fargo Center. Luckily for Philadelphia, the Arena Football League is no longer using a single-elimination playoff format. Instead, the series will go two-games with a winner determined following Game Two.

If Baltimore defeats Philadelphia in the second game, the Brigade will automatically advance to the Arena Bowl. If Soul come out on top, the team with the most combined points scored will advance.

Since Soul lost by 12 points, they must defeated Baltimore by more than 12 in Game Two to be able to advance to the the final round.

Philadelphia got off to a slow start on Sunday due to uncharacteristic mistakes. After being down 27-7 at halftime, Soul came out in the third quarter and scored quickly to lessen the deficit. However, Brigade was able to answer and took a 34-19 lead into the final period. The teams pretty much matched scoring in the final frame and Baltimore came away with the road victory.

Darius Prince was the star in the game for Soul, catching 11 passes for 128 yards and four touchdowns. Quarterback Dan Raudabaugh threw for 332 yards and five touchdowns in the game. This week, Prince was named a First-Team All-Arena honoree. On the season, Prince had 1,076 yards and 37 touchdowns on 89 catches.

The Soul now head to Baltimore to face the Brigade in Game 2 of the Playoff Series on Friday, July 20 with kickoff set for 7 p.m. This game will determine who will advance to ArenaBowl XXXI.