The Topps Company, Inc., the preeminent creator and brand marketer of physical and digital sports cards, commissioned 20 popular artists from around the world to participate in “Project 2020.” The artists were charged with re-imaging 20 iconic cards from the past 70 years. 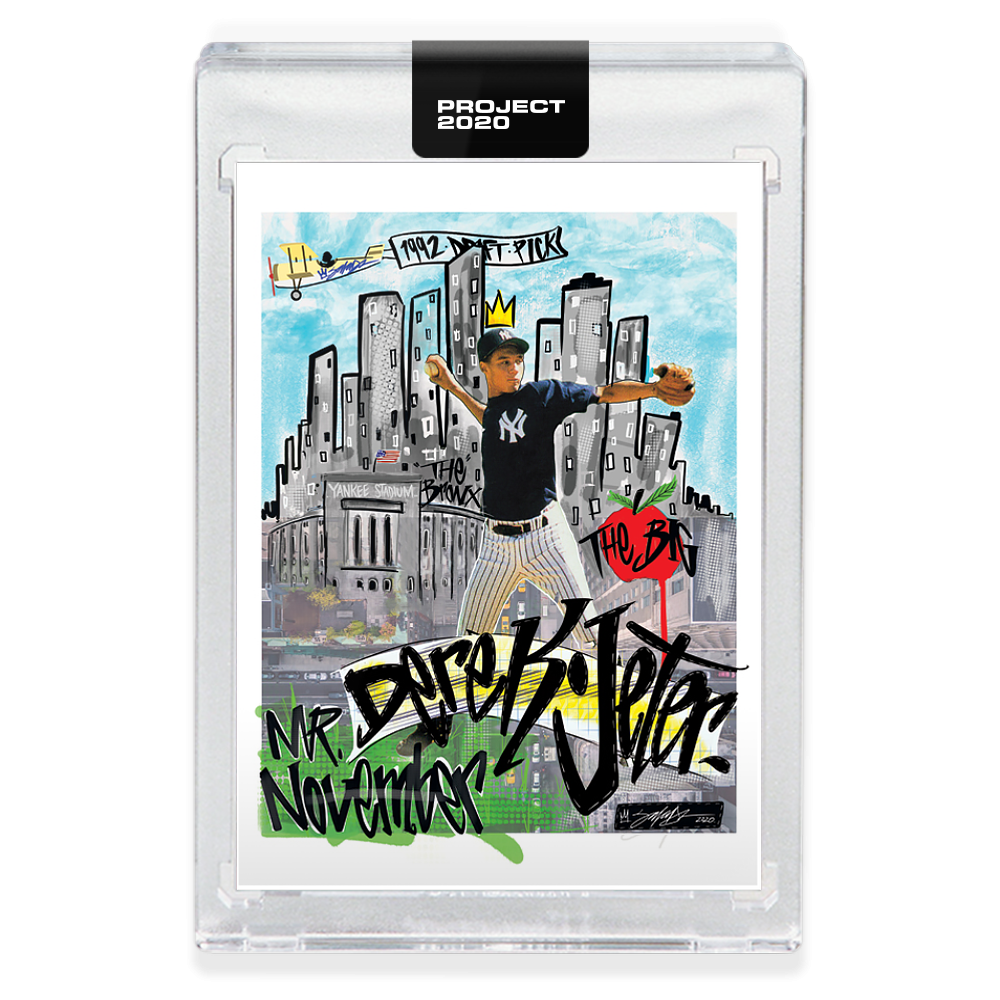 232,000 cards have been sold in the first seven weeks. Among the top seven sellers are three of former New York Yankees legend, Derek Jeter.

Two Topps “Project 2020” cards are issued daily on weekdays via the Topps.com website and are only available for a 48-hour period. Interest in the program and the cards continues on the upswing, as most of the top 20 sellers have been issued in the past three weeks.

The artists participating in the “Project 2020” set include:

Tyson Beck– Australia based, recently redesigned the NBA logo to look like Kobe Bryant, with a petition to change the logo with over 3 million signatures.

Sophia Chang– Queens native whose lifestyle illustrations and basketball cards have landed her collaborations with Nike, Adidas and Puma.

Efdot- NYC based, paints murals with the ubiquitous “Blob” character as the star of his pieces 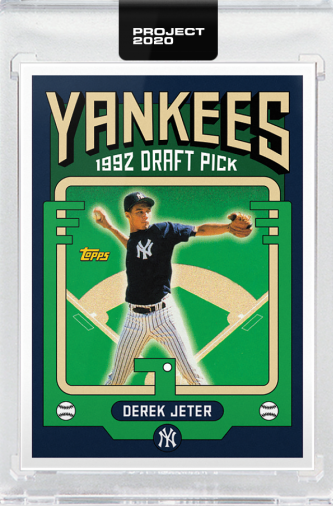 Blake Jamieson- N.Y. based painter who has done portraits for over 350 professional athletes including numerous prominent NFL players.

JK5- based in Brooklyn, native of North White Plains, N.Y., who weaves layers of poetry, spirituality, symbolism, color and line across various media.

Just Don- Chicago based, worked with Kanye West on a number of collaborations, including projects for Nike and Mitchell and Ness, as well as other NBA apparel.

King Saladeen- Philadelphia based NBA artist who has done murals at the Philadelphia Airport and various NYC locations.

Naturel– Creative Director for many apparel projects from Crooks , painted one of the most famous Kobe Bryant murals in Los Angeles.

Keith Shore- Philadelphia based; the lead creative for Mikkelar Beer

Gregory Siff – lives in L.A., worked with MLB on a number of projects including Stance

Matt Taylor- Brighton, U.K., artist who specializes in movie poster designs and has collaborated on projects with Marvel, Amazon Studios, LucasFilm and more, as well as ESPN for the US Open tennis tournament.

Andrew Thiele- based in NYC, drew “Whole Squad Ready” art for 2018 World Series; has worked for ESPN on MLB and NBA graphics.

Joshua Vides- Black and White style, based in LA, famous collaborator with Converse in 2019, also produced “locker room art” for MLB at the 2018 All-Star Game.