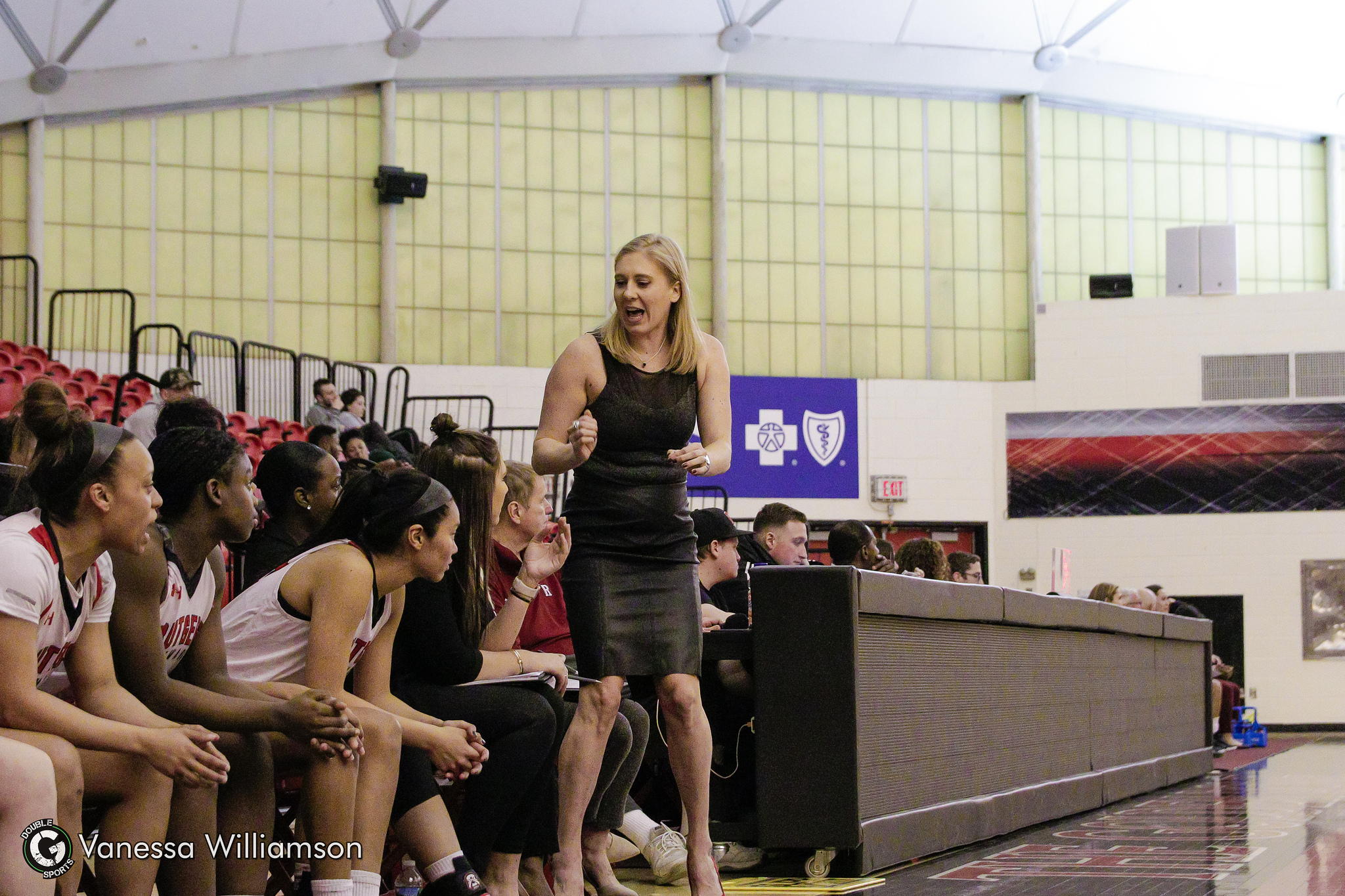 Hailing from Haworth, New Jersey, Ashley Cieplicki is quite familiar with the New Jersey Athletic Conference. Cieplicki graduated from Dumont High School before attending Rowan University and playing on the women’s basketball team. A team captain on the Profs, she earned an All-Conference selection and was part of teams that went to the NCAA Tournament in 2007-08 and 2008-09.

“Such an amazing experience at Rowan that if I ever wanted to be a Division III coach it would be in the NJAC,” said Cieplicki. “When I played, it was all Division I transfers and a battle.”

First, Cieplicki would have to work her way up the ladder. She worked for the New York Liberty as a Video Operations Coordinator in 2009-19 and was the head coach of the New Jersey Gym Ratz, an AAU girl’s basketball program.

In addition, Cieplicki was an assistant coach at Holy Family University where she played a pivotal role with the team in workouts, planning practices, scouting, film breakdown and scouting reports. Cieplicki also was responsible for the strength and conditioning programs and Women’s Basketball Camp Director.

While at FDU (Fairleigh Dickinson University), Cieplicki worked in familiar roles handling and organizing all scouting and video breakdowns. Furthermore, managed the program’s recruiting database and assisted with practices and travel.

“Mark Miller at Holy Family University and Pete Cinella at FDU are really great people and a lot of don’t get that experience,” Cieplicki said. “At Holy Family, a top 20 team and went to the Sweet 16 and coached All-American players. At FDU a higher level with long days and traveling.”

When 2015 came around, Cieplicki finally got the call she had been yearning for with Rutgers-Newark. With her father a coach in Dumont for over 30 years, she realized she wanted to be a coach and basketball her passion. 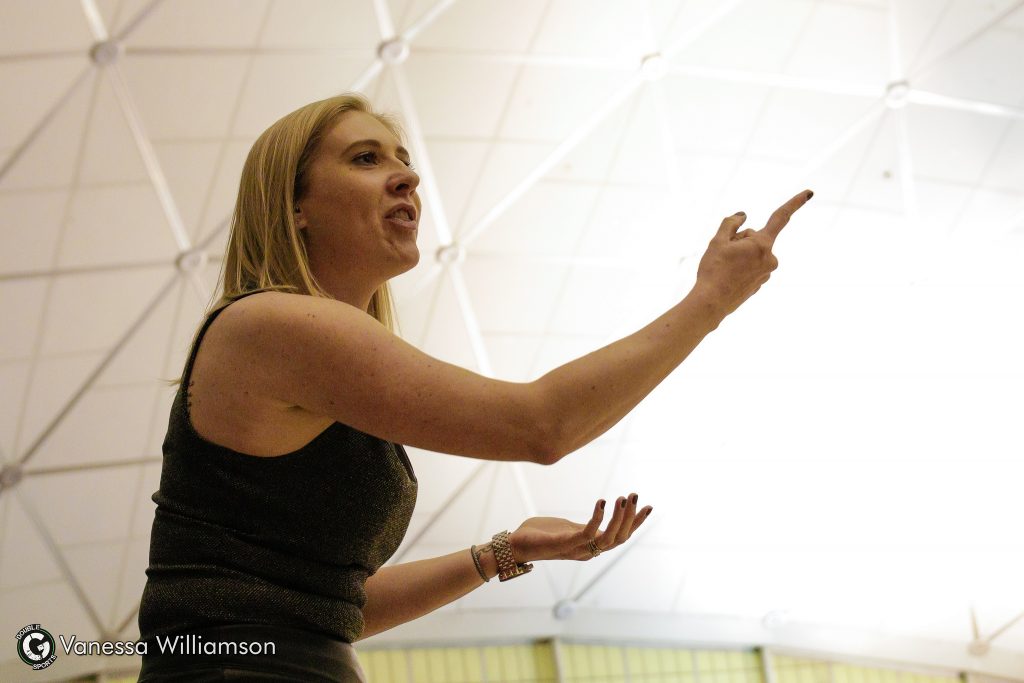 After a difficult start to her coaching tenure in the 2015-16 where the Scarlet Raiders went 8-17 overall and 4-14 in the conference, Cieplicki guided the team to a 12-16 mark the following season and 8-10 in the NJAC. After defeating Stockton and Kean in the conference tournament, Rutgers-Newark fell to Montclair State in the championship game.

“If you would have told me two years and two weeks before the championship game we would have made the tournament I would have been floored,” said Cieplicki. “Maria Simmons was probably one of the best players to every play at Rutgers-Newark so if I gave her the ball I knew we had a chance and she played unbelievable in that tournament. A lot of girls got a taste of it and great experience for us. Such a great experience for it to happen so quickly happen was awesome.”

Last season, the Scarlet Raiders hit a bump in the road dropping to 7-18 and 2-16 in the conference. Instead of looking at the record, Cieplicki pointed to the positives and support of the administration at Rutgers-Newark.

“We didn’t have a great year but people got playing experience and left a bad taste and kids worked their butts off,” Cieplicki said. “A credit to who we have recruited and type of kids we have. Even if they are not the star of the team, they work so hard and developed a family atmosphere and not sure if it was here before but the talent is.”

Speaking about the administration of Rutgers-Newark, Cieplicki said, “They have always known this is a great place to be. When they hired me, they expected big things and just pushed me to go out and recruit. Mark (Griffin) has trust in me and let me do what I do a great experience for me.” 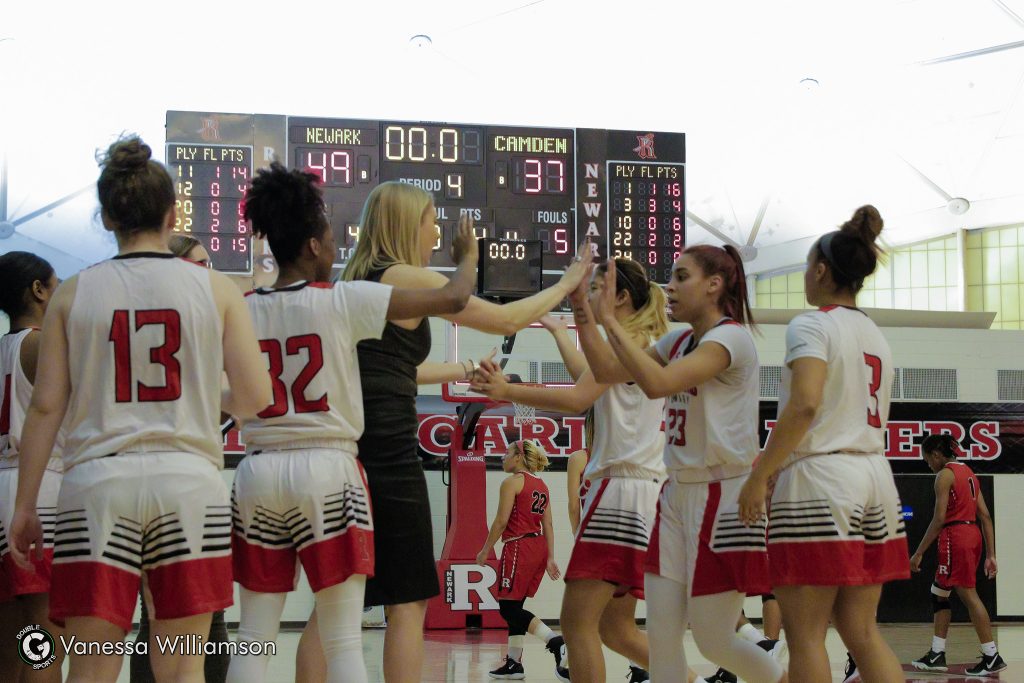 With Montclair State and TCNJ at the top of the conference heading into the 2018-19 season the Scarlet Raiders were selected to finish at the bottom, something Cieplicki did not pay any attention to. “We took the route of ignoring everything and not really looking at articles and pre-season polls. We were picked 9th out of 10 and used that as motivation. We really didn’t talk about that stuff and worked to prove everyone wrong.”

Rutgers-Newark certainly proved the naysayers wrong ending up 13-12 and 10-8 in the conference during the regular season. The Scarlet Raiders were led by the Ashby sisters from Teaneck, New Jersey. Faith leading the team in scoring at 17.5 points per game, NJAC Player of the Year and First-Team All-NJAC while sister Hannah was second on the team averaging 11.1 and Honorable Mention All-NJAC.

Last Saturday, in a first round conference tournament game against Rutgers-Camden, Faith and Hannah combined for 39 points in the team’s 65-47 win to advance to the semifinals where Rutgers-Newark will face off against TCNJ.

“Probably our best game of the year and the time you want to be playing well and good for us,” Cieplicki said. “Holding our first home playoff game in years and really nice big crowd as well and made it fun. Our girls’ were ready to take care of business. The Ashby sisters are great for us, Faith is an unbelievable basketball player and so talented. Something she does not realize how good she is. Hannah just worked her butt off to get where she is. It’s really hard to get better in college because you are older and harder to improve. She is the most improved player in the league this year and Saturday arguably her best game of the year.”

“TCNJ is a great team and had them at home last time and gave it away. We battle hard against them and tough team when we play our best basketball. We love being the underdogs, nothing to lose and had more pressure going into Saturday because we were the higher seed and not had a playoff game in years and handled the pressure very well.”

Even now with the tournament ongoing, Cieplicki relishes in the fact how bright the future is for Rutgers-Newark basketball with just two seniors graduating. “We lose Faith (Ashby) who is a vital part of our program and hurts us a little bit,” Cieplicki said. “Other kids are stepping up, these are all my kids and on me now and the group we have and just going to get better.”

“Our freshman class had a done a lot of great things this year and brought in more people and continue to get to that higher level. Four of my five starters are from Bergen County and been home to me and my Dad a high school coach makes it easier.”