Photo Courtesy of the Atlantic League

Construction recently began on a new, 5,000 seat state of the art stadium that will house the ball club and serve as a multi-use ballpark. The City of Gastonia and The Velocity Companies, the team’s owner, have worked closely together on the project, which also has ties to residential, retail, hotel, and office space properties, a potential $100M investment opportunity for the city.

"The facility is going to have entertainment all year round," said Brandon Bellamy, who leads the ownership group of the new baseball franchise in Gastonia. "We have created what I think is going to be an awesome venue for concerts of different sizes.”"​ https://t.co/Usqy0ZBX3q 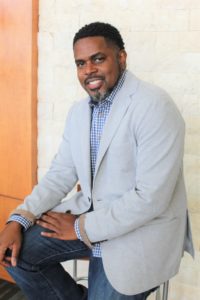 With that, Velocity Co.’s CEO, Brandon Bellamy, becomes the owner of the ball club, and according to Baseball America, the only black majority owner in professional baseball.

“We are delighted to bring Atlantic League baseball to Gastonia, a city that has shown tremendous ingenuity and resolve, particularly in the midst of the COVID-19 pandemic,” ALPB President Rick White said in a statement. “Under Mr. Bellamy’s ownership, this club and the ALPB will provide the community with best-in-class baseball and exceptional entertainment for years to come.”