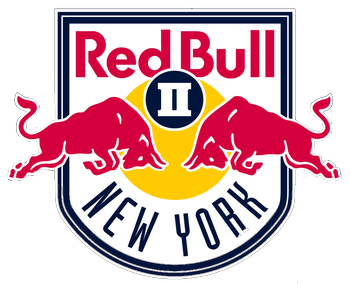 Red Bulls II kick-off on the road tonight at Atlanta United for the first time this season, tonight at 7:30 PM.

The Baby Red Bulls Head Coach, John Wolyniec, discussed how his team has responded even though they are missing their leading-scorer, Tom Barlow, and defender, Jordan Scarlett, who is out for yellow-card-accumulation.

“He’s a guy we valued and knew would take a little bit of time to get going but once he started to get playing time he’s adjusted really well,” Wolyniec added, “Any time you’re missing a guy on the back-line, that’s tough to deal with, but certain guys have taken on the leadership role, one of them being Preston.”

Coach Wolyniec mentioned that the Baby Bulls must fare better against teams below them in the standings.

“Hopefully our style of play helps us, because we bring in energy to the game no matter who we play,” Wolyniec said. “On the flip side of that, if we let down a little bit, we suffer the consequences.”

Red Bulls’ Midfielder, Jared Stroud, has been one of the team’s leaders, taking on the play making and goal-scoring load once Tom Barlow got the call-up to play in Harrison.

Stroud touched on the importance of starting off June on the right foot in Atlanta.

“With Atlanta, it’s a bit of revenge for last year when we went [to Atlanta] and got smacked up, so we’re going to build on what we’ve done well [lately] and we’re going to go down there and try to get three points.”

Atlanta United have not won since April 13th, so they will be hungry to take out the second-place Baby Bulls.

The Baby Bulls locked horns with Atlanta United twice last year, losing on the road 3-1, then dominating United in a 6-1 victory at MSU Soccer Park. There is no love lost between the two eastern conference big-market rivals. Sparks may fly between the Baby Bulls and their opponents tonight, who will be looking to keep the Red Bulls from avenging a 3-1 defeat at Fifth Third Bank Stadium last season.