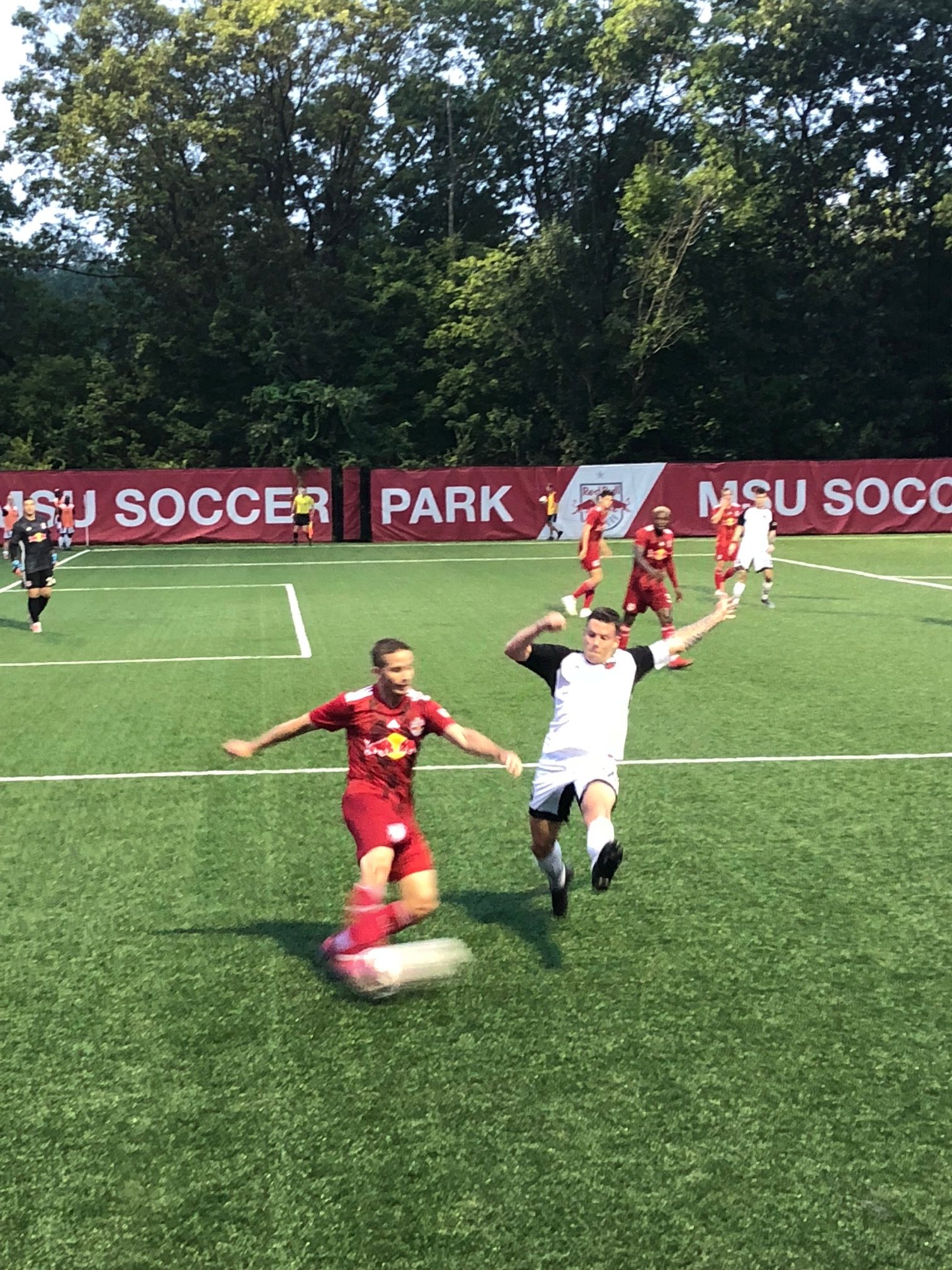 The Baby Red Bulls generated most of the offense and were a man-up, but earned a 1-1 draw with Ottawa Fury FC. in front of a home crowd.

Friday night at MSU Soccer Park the Red Bulls II and Ottawa Fury FC faced off. The Baby Red Bulls came into this game ahead of Ottawa in the United Soccer League (USL) Eastern Conference standings by just four points and it would prove to be a very close match.

The Fury opened the scoring on a strike from midfielder Carl Haworth that beat Red Bulls goalkeeper Evan Louro at around the 20th minute. In the 24th minute, Ottawa’s Jeremy Gagnon-Lapare was shown a red card, which forced Ottawa to play most of the match a man down.

The Red Bulls attacked the Ottawa defense for the rest of the game. In the 40th minute the Baby Bulls midfielder Jared Stroud took a volley from right on the edge of the eighteen-yard-box, but it deflected off a Fury defender and into the hands of the Fury goalkeeper, Callum Irving.

When the second half began, the Red Bulls head coach made a switch substituting midfielder Allen Yanes for midfielder Janos Loebe  in the 46th minute.

The Baby Bulls would get on the board in the 55th minute. Jared Stroud passed the ball to forward Kyle Zajec who shot the ball into the left corner of the net. The goal was Zajec’s fourth of the season and the assist was Stroud’s fifth.

In the 65th minute, Jorgenson sprinted past the Fury defense with Vincent Bezecourt joining him in the middle. Jorgenson passed it over to Bezecourt who took a one-timer on his left foot that hit the post. In the 76th minute, a Red Bulls forward tried to chip the ball over the goalkeeper, but it hit the post as well.

In the 87th minute, Ottawa’s Carl Haworth dribbled past a defender on the goal-line and took a hard shot, but Baby Bulls’ defender Preston Kilwein stuck his leg out and blocked the shot. The referee gave six minutes of extra-time, but the Fury defense played well and held the Baby Bulls at bay until the final whistle sounded.

Head Coach John Wolyniec was frustrated that his team was unable to win the game.

“We can build on some good things but for me it’s a challenge to be a bit better,” Wolyniec said. “I just don’t think we had a great approach today from the get-go.”

“Just got to get the camaraderie back, this was a tough game, but we have a chance to take the day off and come back Sunday.”

The Baby Red Bulls next game will be on the road against Bethlehem Steel FC on Sunday.