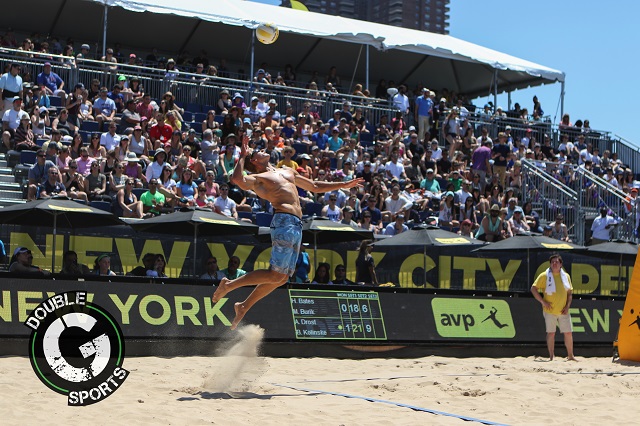 Beach volleyball took center stage on the Hudson this past weekend. The AVP NYC Open took place along Hudson River Park’s  Pier 25 and 26.

The AVP New York Open featured some of the nation’s best beach volleyball players, with One World Trade Center in the backdrop.

The AVP was established in 1983. It produces and markets volleyball events all over the world, including the popular AVP Pro Beach Volleyball Tour.

In addition to the world’s finest volleyball talent, the AVP NYC Open also was an ultimate beach festival with fun interactive activities ,high octane energy music, great food and so much more. The weather and atmosphere was amazing all weekend long. The tournament started with qualifying matches and ended Sunday afternoon with both the men’s and women’s finals.

Phil Dalhausser and Nick Lucena won gold in the men’s tournament after beating Sean Rosenthal and Jeremy Casebeer 21-19, 21-12, in a competitive finals. The win marked the duo’s second AVP gold medal since there debut as a team in 2015.

2012 Olympic medalist Kerri Walsh Jennings and April Ross won the women’s finals 21-16, 21-18 in a high intense match, over Lane Carico and Summer Ross. This the 50th consecutive match win and 10th straight title on the AVP tour for this duo.

Both the men’s and women’s winners will be at the Rio Olympic games this summer, starting August 6. The AVP NYC Open is the fifth stop on the AVP’s 2016 schedule. Next week, the AVP will head to San Francisco.