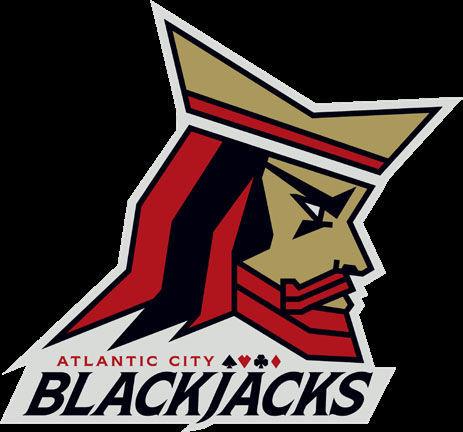 Coming off a hard-fought physical victory against the Baltimore Brigade last week at the Jim Whelan Boardwalk Hall, the Atlantic City Blackjacks(2-3) continued their three-game home stand welcoming in the undefeated Albany Empire(5-0) on Saturday night.

Atlantic City definitely got off on the right foot with quarterback Randy Hippeard orchestrating a lengthy seven-play 45 yard drive that consumed over six minutes of the clock. This resulted in a five-yard touchdown pass to wide receiver Kendrick Ings.

Albany wasted no time responding on the ensuing offensive series converting a key fourth down play by completing a pass to wide receiver Malachai Jones. On second and six from the 11, Grady rifled a touchdown pass to Jones but the extra point failed. Ings brought the home crowd out of their seats with an electrifying 56-yard kickoff touchdown, evading a couple of defenders and breaking into the clear.

Flashing quick strike ability, Grady needed just two plays to hit pay dirt launching a 25-yard touchdown pass to Jones down the middle of the seam. Early in the second quarter, the Hippeard and Ings duo worked their magic again on a 19-yard score. The back and forth action continued with Grady marching the Empire down the field, finishing it off with a 16-yard touchdown pass to Quentin Sims.

Unfazed, Hippeard went back to work completing several passes before making some history by throwing his 400thcareer touchdown pass to his favorite target of the night, Ings. A nine-yard pass in the back right corner of the end zone resulted in the touchdown.

Equally up to the task, Grady hooked up with Jones on a 20-yard pass and aided by a pass interference call assessed against the Blackjacks secondary. Grady found a wide-open Terrence Moore for a five-yard score with 53 seconds remaining.

Receiving the second half kickoff, the Empire built off the momentum carried into halftime. Grady led the Albany offense on a seven-play 38-yard drive that wiped out 6:10 off the clock. Faced with a fourth and two at the Atlantic City nine-yard line, Grady rolled out of the pocket and fired a missile to Jones in the end zone as the Empire took the lead for the first time in the game.

The momentum-shifting play of the game would occur on the kickoff return with Ings misplaying the ball in the end zone. Thus, allowing Albany defensive back Juwan Offray to fall on top of the ball for the score. Despite sustaining an injury in the backfield, Hippeard did his best to keep the Blackjacks from folding. Engineering an eight-play 45-yard drive that erased almost nine and half minutes of clock time, Hippeard threw his fourth touchdown of the night with a seven-yard pass to Rashad Still.

Just when it seemed the Blackjacks were primed for the comeback win, Grady and the Empire offense dashed those hopes with another backbreaking drive that wiped out seven minutes of the clock as 295 pound fullback Mykel Benson barreled ahead for a one-yard touchdown run with six minutes remaining in the fourth quarter. Albany added a late score to make the final score 54-35.

Hippeard completed 24 of 32 passes for 246 yards while Ings had 11 catches for 106 yards. For the Empire, Grady was 24 of 31 228 yards and Jones hauled in 12 passes for 106 yards. On Saturday June 1st, the Blackjacks will face off against the Baltimore Brigade for a second time in three weeks with kickoff set for 3:30 p.m. at Jim Whelan Boardwalk Hall.