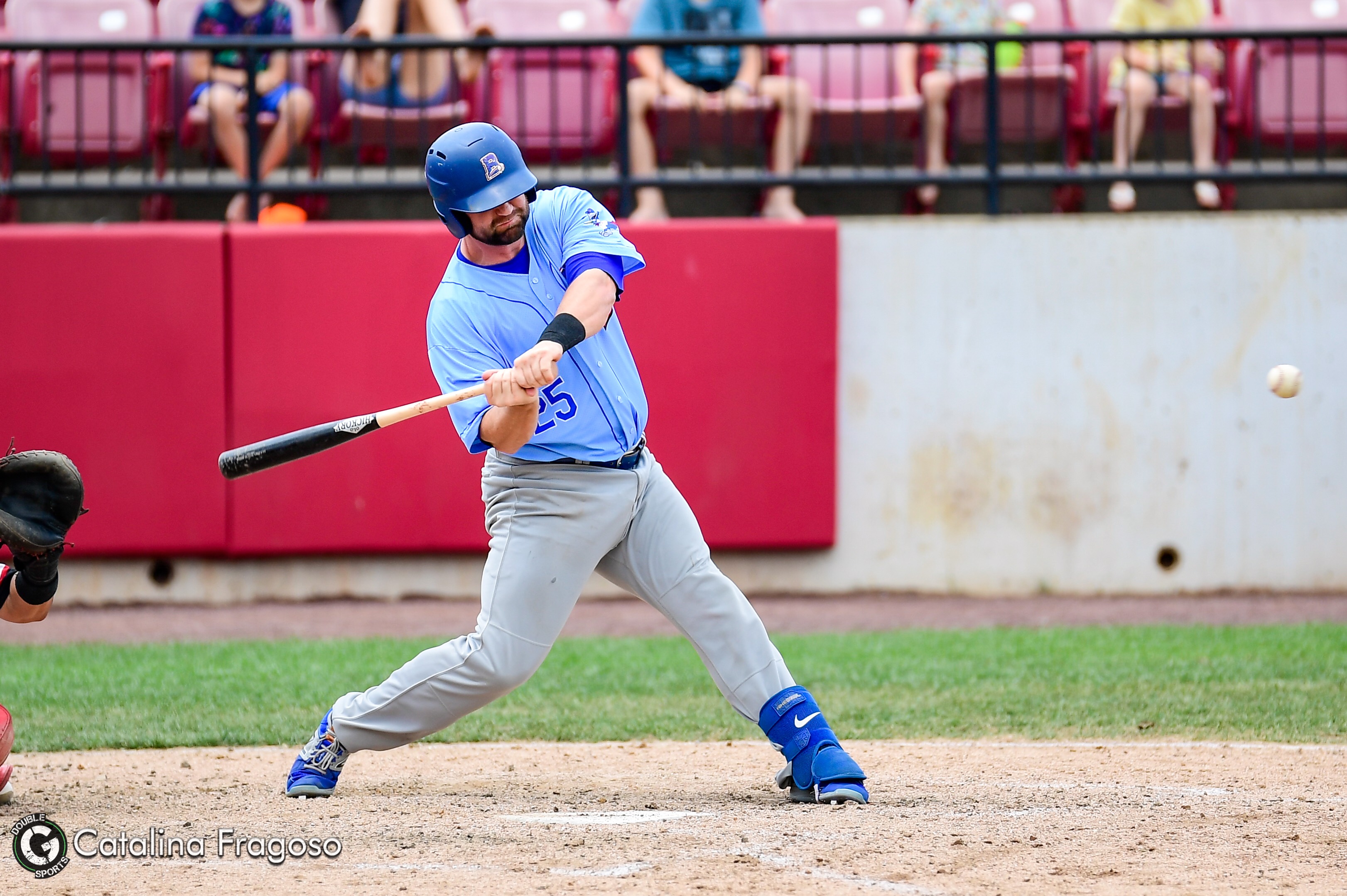 Despite splitting a four-game series against the Ottawa Champions at RCGT Park this past weekend, the Rockland Boulders came away with many positives. Right off the bat there were two outstanding starting performances by Travis Hissong (5-3) and Brian Ernst (4-1).

In the series opener, Hissong tossed eight shutout innings on 116 pitches while yielding just four hits, walking three and striking out six. Meanwhile, Ernst, on short rest, delivered a gem in the series finale. With the Boulders having dropped the last two games, Ernst needed only 72 pitches in six shutout innings of work on the mound, surrendering four hits and fanning three.

“That is the one thing about Brian, no matter if he gives up zero, one, two or three runs he turns over the inning in a timely manner and it’s good for the offense and defense,” said Pitching Coach Marcus Nidiffer. “He works quickly, pounds the strike zone, uses his two-seam and makes the other team put the ball in play.”

However, the bigger story was Rockland chasing the Can-Am League home run record the 2017 broke with 115. On Saturday night, in the third inning, Mike Montville tied the league record, blasting his 14th home run of the season. With one out in the seventh, it was the captain and longest tenure player of the Boulders in Marcus Nidiffer that broke the record, crushing his 17th of the year deep over the left field wall.

“Actually did not know about it but pretty cool that I’m the one that broke it,” said Nidiffer. “A special thing and a lot of guys have a lot of pop and power that can run the ball out of the yard this year and pretty fun to watch. A cool record to have and hopefully our guys can keep having good at bats like we did in Ottawa and keep it rolling. It’s part of our identity right now and makes it tough for opposing teams to really know how to defend that. Even if we’re down four, five or six runs opposing teams think we’re still in the game because we have that home run factor and puts a lot of fear in their mind and helps us.”

Manager Jamie Keefe on the home run record, “It’s fitting that Marcus would break the record and sometimes how baseball goes. The hard work he has put in, conditioning himself this year and starting to see it. A tip of the hat to these guys and offensively doing a nice job this year.”

The accolades kept on pouring in on Monday as it was announced that Kevin Krause was named Pointstreak Player of the Week, going 13 for 28 (.464) with two doubles, two home runs and nine RBI’s. Krause leads the league in doubles with 24 and the Boulders in hitting average at .326 along with nine home runs, 38 RBI and 37 walks.

“It’s a huge honor and good to see for him,” Keefe said. “He has put in his time and worked so hard, has a craft that is special and barrels more balls than anybody on a daily basis. Nice to see him have a week that is good for him, a good personal accolade for him. Truly excited he was with us last week and led us in the right direction in trying to turn this ship around.”

After a rain out on Monday evening, the Boulders return to the diamond on Tuesday in a doubleheader against the New Jersey Jackals. This kicks off a seven-game home stand for Rockland at Palisades Credit Union Park. Sporting a 42-38 record and in third place, the Boulders are a half-game ahead of Trois-Rivieres and four games ahead of the Jackals.

“Next couple of weeks are huge for us and we know going forward just trying to get better each day and excited to get some guys back into the lineup on a daily basis,” said Keefe.