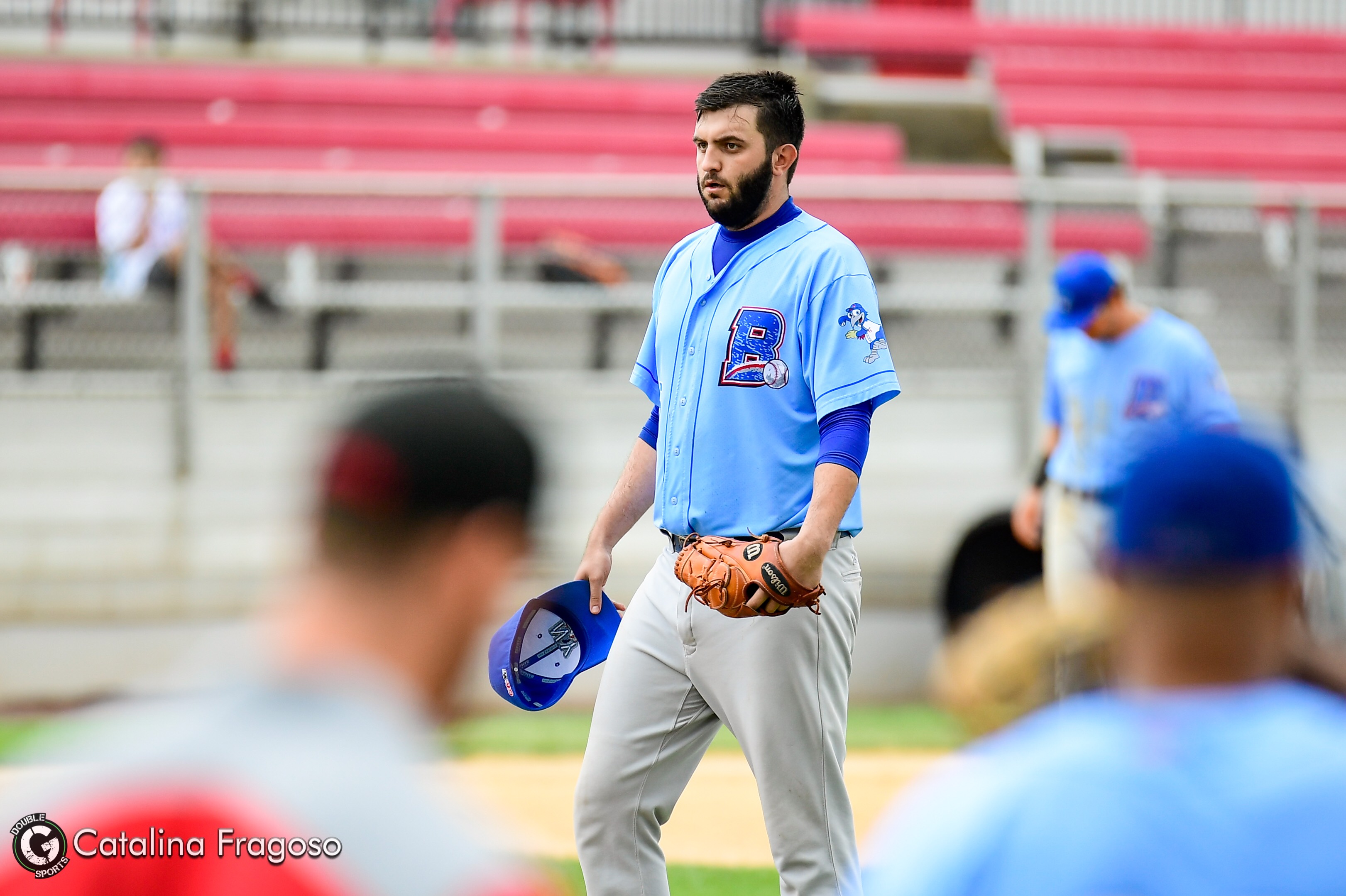 Despite dropping two out of three games in Quebec and being outscored 14-4 in the first two games of the series, Rockland Boulders Manager Jamie Keefe still felt optimistic about the way the team performed in the series.

“Winning a series up there is tough and we were one bounce here and there, it’s a different series but it’s over with and done and we don’t go back up there right now,” Keefe said.

Just as he did salvaging game two of a doubleheader last Saturday against the New Jersey Jackals with a dominating complete game shutout victory, David Palladino picked up where he left off hurling another gem. Palladino tossed seven shutout innings while yielding just three hits, walking three and striking out six. Palladino extended his shutout innings streak to 15.

The bullpen combination of Nick Kennedy and Kyle Hansen preserved the lead with two shutout innings as Hansen registered his 13th save of the season. Palladino (3-1) notched his third victory of the year.

“G-damn he (David Palladino) was good, threw the ball well and had everything to go for nine tonight  for sure but his hamstring tightened up on him after one pitch so it wasn’t worth keeping in,” said Keefe. “He dominated, when you are throwing your fastball 90 to 94 every pitch and down in the zone. He and Marcus (Nidiffer) were on the same page tonight slider was good to. He basically threw fastballs all night and when you do that good things are going to happen.”

“We were lucky enough to get early runs and good team game all around, our defense was awesome and base running good,” continued Keefe.  “Most importantly nice to see Cody step up when he needed to for him and us and badly needed that and he was fired up. It does not go unseen Kevin Krause not hitting into a double play despite striking out and Cody steps up with two outs and smashes one to right field and gives us a 2-0 lead. I don’t I can ever remember playing up there (Stade Canac) and a 2-0 lead ever needed for a win. Getting out of there with big smiles on the boys’ faces.”

Rockland returns to Palisades Credit Union Park for a six-game home stand beginning Friday, facing off against the Trois-Rivieres Aigles in a three-game series followed by Quebec coming into town. The Boulders (37-33) are a game and half up on Aigles (35-34) and trail Quebec (39-32) by the same amount in the Can-Am League standings.

“Right now we have them (Quebec Capitales) coming back in four days but not looking ahead right mow and we just have to take it day by day,” Keefe said. “Obviously .500 in August, we’re going to have to play .550 to .600 ball in August to be where we want to be. We’re going to go out each and every day to win and give ourselves a chance to win a series the next day.”