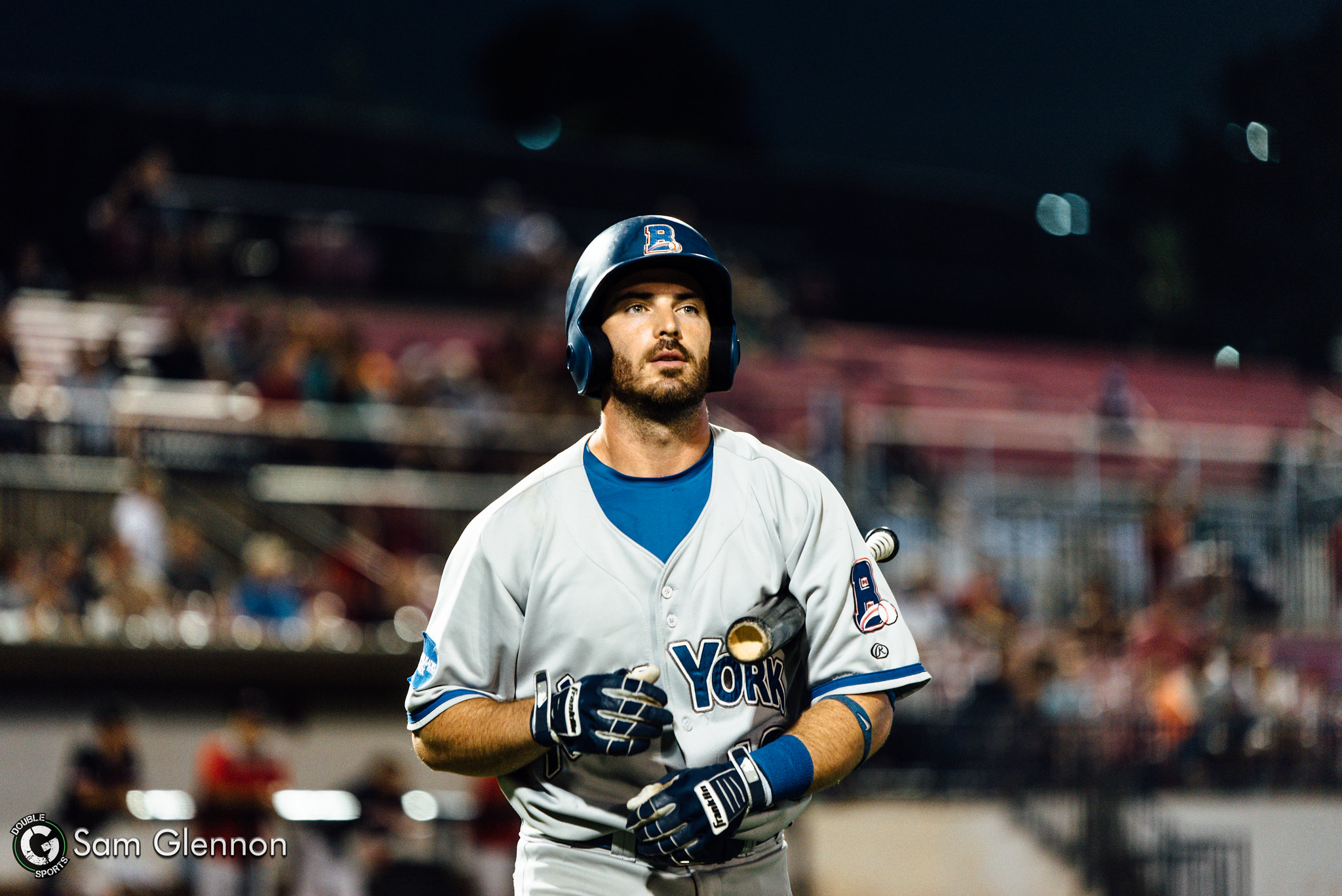 Having dropped three out of four games to Trois-Rivieres and plummeting to fifth place in the Can-Am League standings, the Rockland Boulders were looking to wrap up an eight-game home stand at Palisades Credit Union Park on a positive note before heading into the All-Star break.

Welcoming in the third place New Jersey Jackals, Rockland had split the six games played against New Jersey this season. However, the Jackals had different intentions swiping the first two games of the series and winning the runs battle 15-9.

In the series finale, Rockland turned to starting pitcher Reinaldo Lopez to put an end to a four-game losing streak. Through the first three innings Lopez and New Jersey starter Lendy Castillo were locked in a pitchers’ duel. In the fourth inning, the Boulders finally managed to break through with John Brontsema leading off with an infield single. Matt Oberste followed cranking a double to the left field wall that brought Brontsema in for the first run of the game.

After Oberste moved over to third base on a wild pitch, Blake Grant-Parks hit a bloop single into shallow right field allowing Oberste to come into score. With Collin Ferguson drawing a free pass, Richie Fecteau stepped to the plate and promptly walloped a double into the right center gap plating Grant-Parks. With two outs, the bases were loaded after Ryne Birk was intentionally walked. In the first inning Birk extended his hitting streak to nine games with a leadoff single. Newcomer Senoo Katsuya lined an infield single off Castillo as Ferguson crossed home plate.

In the sixth, the Jackals got on the scoreboard courtesy of a RBI single from Isaac Wenrich. Up to 107 pitches on the day at that point, the day for Lopez ended as Manager Kevin Baez called upon Nick Kennedy to take over the pitching duties with runners at first and second with one out. In five and one third innings, Lopez conceded one run on eight hits, no walks and two strikeouts.

Kennedy managed to limit the damage registering back-to-back strikeouts. New Jersey cut further into the lead in the eighth on a RBI single by Chase Smartt but Smartt looking to stretch the play into a double was thrown out at second by a laser throw from Fecteau in right field.

In the ninth, Robbie Gordon got the assignment to close it out and did not disappoint retiring the side in order including recording back-to-back strikeouts to end the game and pick up his seventh save of the year. The Boulders bullpen quartet of Kennedy, Tim Ponto, James Mulry and Gordon permitted just one run, three hits, one walk and whiffed three as Lopez (3-3) earned his third win of the season a. Kastuya, Brontsema and Fecteau each had two hits apiece.

Matt Oberste on the victory, “Both pitchers’ were battling first four innings. It really helped us to get on top, the last week or so we have been struggling and just to get to that winning streak. If we can get that early lead on someone, it’s tough to come back from that.”

“Reinaldo Lopez did a great job and really needed that from a starting pitcher. All of our starting pitchers are trying to do their best job but Lopez came out there and put up some great numbers in his outing and we put up the four runs for him and defense can play pretty relaxed. Solid pitching and defense is how you win games. It’s been a tough two weeks and not won a lot of games and we really needed this break and flush out the first half and come back hot on the road trip.”

Manager Kevin Baez on the win and outlook for the team heading into the second half of the season, “We definitely need to feed good about ourselves and to into the break with a with much needed. The guys are out there, trying, working and results have not come but nice to see the results today.”

“Lopez pitched outstanding, we had a big inning, kept it and bullpen came in and did the job. He has some good sink in his ball and that is when he is effective and some good late movement to get some ground balls. He is not going to over power you but mix it up.”

“(Ryne) Birk is swinging a hot bat, I look at Ryne and see a kid who is playing with such confidence and so important because he is such a good player and playing with a belief that he is coming through and can do it. He is playing good defense, moved over to shortstop when we need him to and even third base and run.”

“They (New Jersey Jackals) have a good team over there, kept themselves sin the game but the bullpen came in and did the job. Pretty much the formula from the start is good pitching, our bullpen is good and no trying to tax them and keep them sharp and had better results today.”

“Players know what it’s like to as a manager/coach and ex-player you have to play well and do your job because if not there will be changes. We don’t like losing and just try not to bring it up on a daily basis because you want guys relaxed and having confidence.”

Currently Rockland’s record is 20-26 and 11 ½ games out of the first place. On Thursday the Boulders will resume play with a seven-game road trip starting first with a four-game set at Stade Stereo+ against the Trois-Rivieres Aigles followed by a three-game set vs. the Ottawa Champions.

“Some people play better on the road than at home, we have not been playing well at home,” Baez said. “Hopefully we can get on the road that brings us together and playing better baseball.”