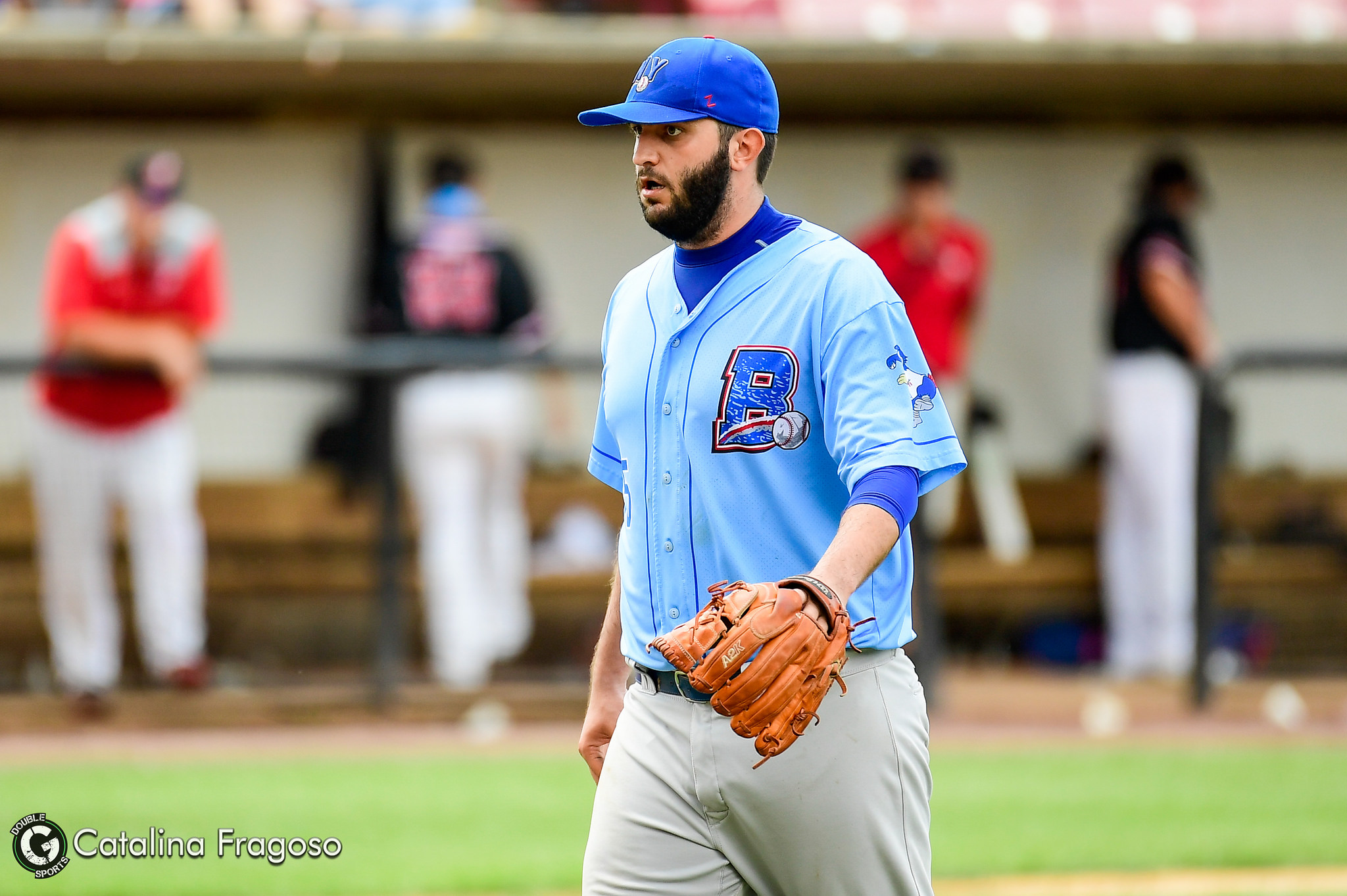 Boulders slip to 4th place after dropping series at Quebec

Having slipped to fourth place in the Can-Am League standings after dropping three out of four games at Quebec this past weekend, Rockland Boulders Manager Jamie Keefe still remains optimistic about the Boulders (29-26) chances to right the ship and get back in contention.

“We haven’t played good baseball at all and have yet to go on a hot streak,” explained Keefe. “We’re still trying to get this pitching figured out, the bullpen has struggled, two weeks ago didn’t have enough starters and now our starters are starting to throw well. We just have to piece it all together and taking longer than we expected this year.”

“It hasn’t been easy because there are not a lot of free agents out there willing to come out ands play. I think we need to come through this bumpy stretch and go into the 6th and 7th inning of games with the lead and be able to hold that. We had guys on base and opportunities to break through and keep offensively what we are doing.”

“We’re 55 games in and need to run off 10 out of 12 and put ourselves in a situation of not playing uphill. Almost getting to the top of the hill and fall right back down.”

Some of the bright spots during the series against Quebec, Travis Hissong (4-2) earning his fourth win of the season in Friday night’s 6-2 victory. Kevin Krause provided the bulk of offense going 2 for 4 with three runs driven in. Catcher Marcus Nidiffer cranking out two home runs along with seven RBI.

“Important couple of weeks ahead, obviously good to win as many games as you can,” said Marcus Nidiffer. “Really it’s the team that wins last is where you want to be and hopefully we’re at that time and have everyone clicking on all cylinders and what we’re striving for. I think everyone is battling right now and gone through a lot of injuries and crazy stuff. If we can overcome those challenges, we’ll just be fine for the playoffs. If we get a couple of games under our belt, stick with the process and playing at home a whole different outcome.”

Rockland ended up sweeping the league awards as Nidiffer earned Player of the Week, going 9 for 23 (.391) at the dish with three home runs, double and six RBI’s. In 48 games this season, Nidiffer is batting .298 with 15 home runs and 39 RBI. David Palladino scooped up his second Pitcher of the Week award in less than a month, despite a earning a no-decision at New Jersey last week Palladino hurled six shutout innings while yielding just one hit, walking three and fanning five hitters. Palladino (1-0, 2.79 ERA) has struck out 46 and walked just 13 in 29 innings on the mound this season.

Nidiffer on the Player of the Week honors, “Feeling really good, hope I can keep things rolling for the rest of the season. Hitting is always up and down and like a rollercoaster and trying to avoid that as much as you can when you are on a high and ride it as much as you can.”