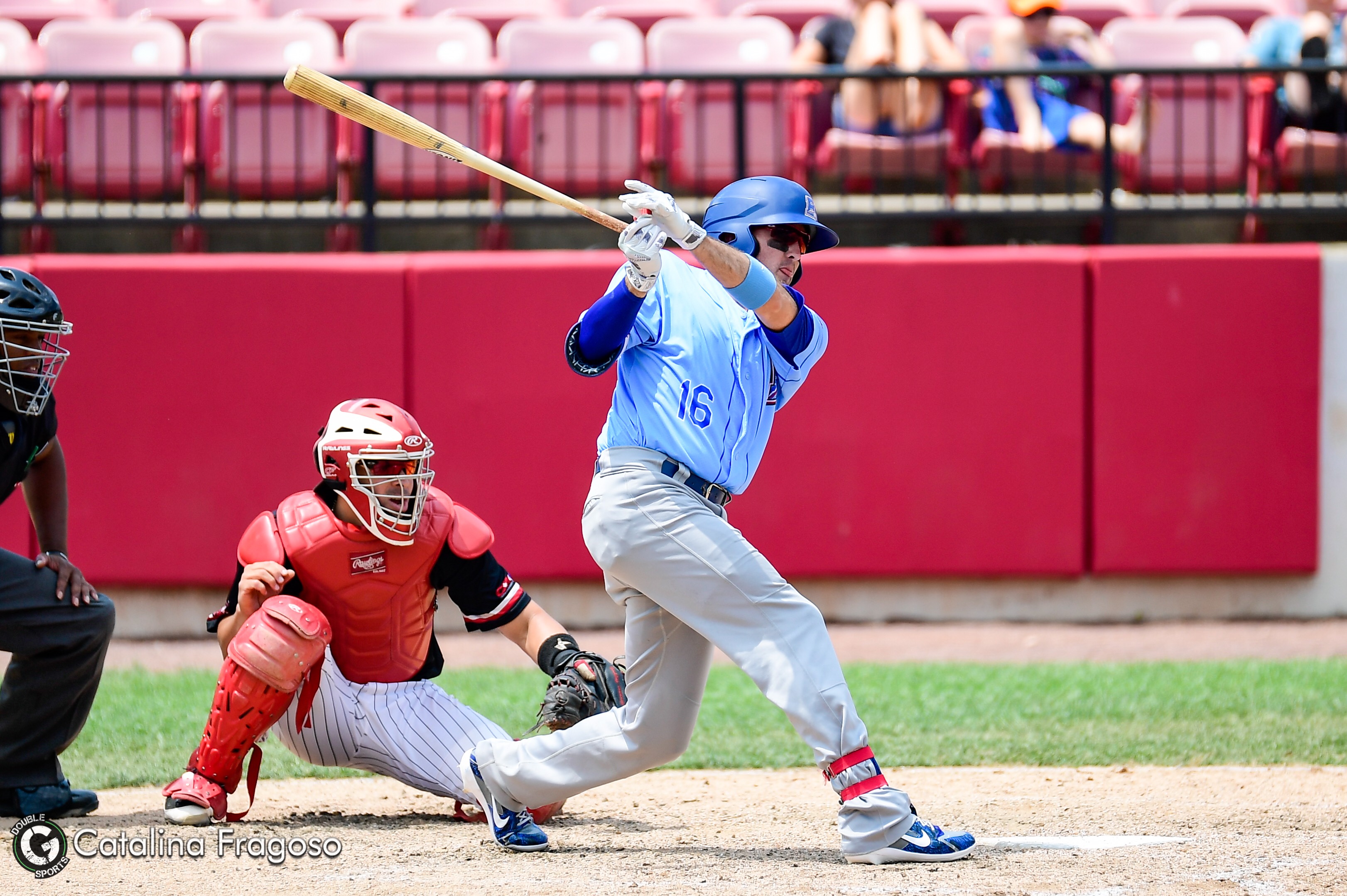 McDonald is hitting .288 with six home runs this season.

Rockland Boulders manager Jamie Keefe admitted this is a tough business. At the point in the season where the team is trying to get better, salary cap plays an effect and moves have to be made with players coming off injured reserve. On Monday, it was announced that Jared McDonald and Matt Kostalos were placed on waivers and picked up subsequently by the Sussex County Miners.

“Every day you are trying to get better and it’s the business decisions and what we had to do and we’re moving on,” said Keefe. “J-Mac is a always going to be Boulder at heart for sure, a joy to be around and a great guy and teammate and fun to watch for a long time. He brought a go-get-them attitude every single day and left it all out on the field every single night. I can’t thank him enough for what he has done for the Boulders organization. A true professional, good friend to a lot of us and he will be missed.”

Captain Marcus Nidiffer on Jared McDonald, “This is my fourth year with J-Mac and love him like a brother. I’m definitely going to miss playing with him and having him around. An awesome dude and don’t have enough paper to write about him.”

“Matty (Kostalos) has been here for a while and has thrown the ball well for us,” said Keefe. “He has had his struggles this year but is starting to get healthy. Bobby (Jones) was in need of an arm and a move we need to make and clear some space and guys coming off the roster. What people don’t really see is why the moves are being made and guys that will make us better immediately that are already here and get it done.”

Rockland made another move in acquiring Reggie Wilson from Gary SouthShore of the American Association. This season, Wilson is hitting .229 with one home run, 20 RBI, 10 stolen bases and 39 walks. Defensively, Wilson has tallied 287 putouts with a .987 fielding percentage.

“He is known for his defense in the outfield and patrolling centerfield,” Keefe said of Wilson. “He runs like a deer and does the small things, plays small ball, gets the bunts down and moves guys over. We’re looking for some impact defensively and anything we get out of him offensively will be a plus. He is going to find himself on days hitting at the top of the lineup and other days in the nine hole. We just need him to go all over the outfield and catch everything.”