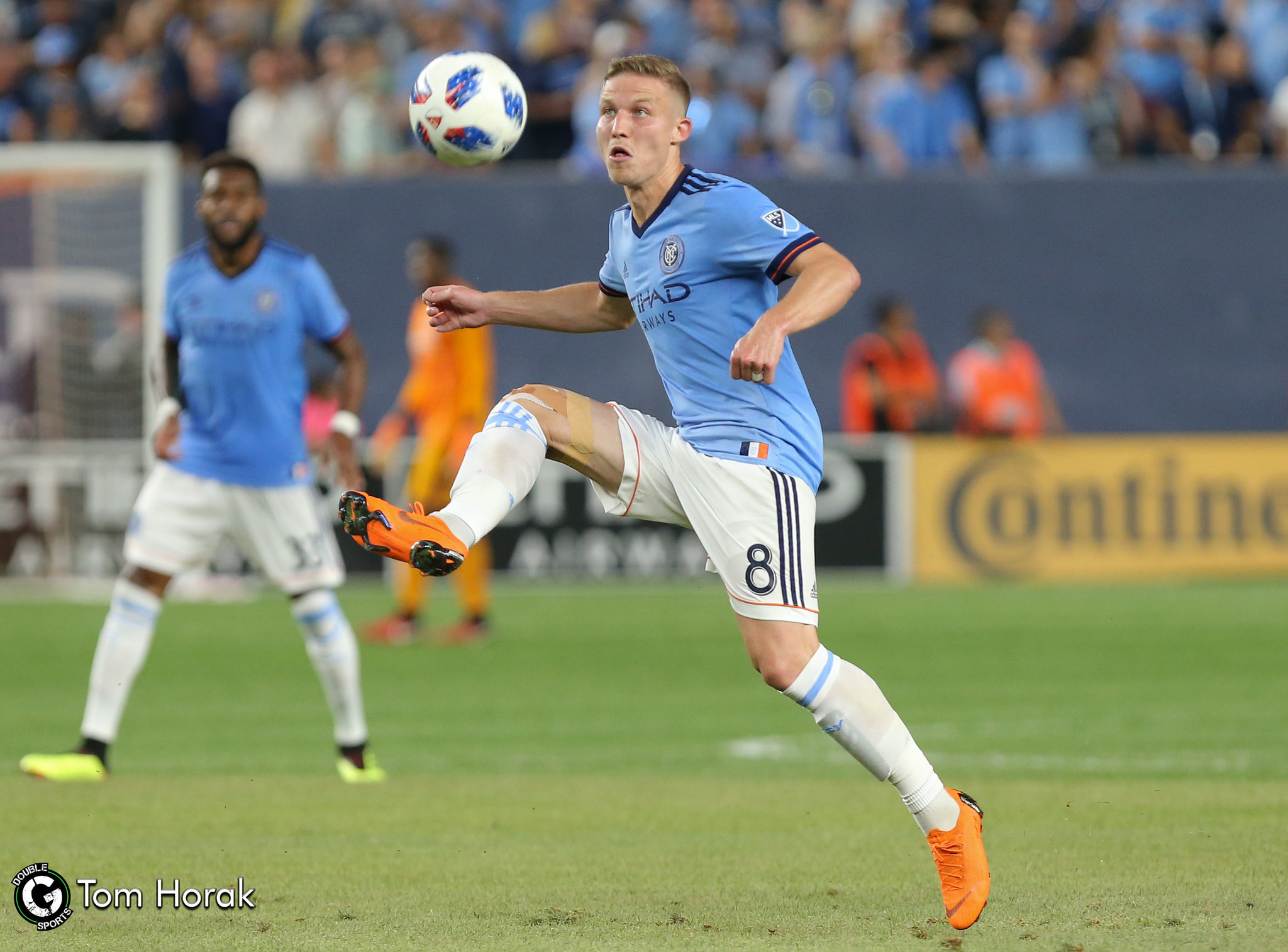 The NYCFC Boys in Blue repeated another victory at home Wednesday night with the Montreal impact. This is NYCFC’s second out of third home match this week.Coach  Domènec Torrent made changes to the roster , with Tommy McNamara returning to the lineup in place of the injured Ismael Tajouri-Shradi, while Sebastien Ibeagha came in for Maxime Chanot.

Otherwise, it was the same team which started the Hudson River Derby and the boys picked up where they left off on Sunday when they faced the Red bulls.The first half didn’t provide any goal, but both teams had a strong defense that prevented any goals from being scored, even though the Boys in Blue came close a few times.

The second half began as the first did, with NYCFC pressuring offensively and creating chances, with Moralez growing in influence.

Alexander Callens aimed a header towards goal on 49 which beat the goalkeeper but didn’t make it. The Boys in Blue didn”t back down on their growing momentum as they took the lead when the goal came from Medina on the 60’ after he picked it up on the edge of the box and headed the ball straight  into the net with the ball moving so quickly that Bush didn’t even dive.

The goal sent the crowd into an uproar but didn’t stop NYCFC from heightening their pace, as they scored two more goals in the next 10 minutes. First, second half substitute Ronald Matarrita chipped in a perfect goal on the  65’ , before fellow substitute Jonathan Lewis ended the match with a header for his third goal for the club on the 76’ , and his first of the season. Wednesday night  showed Lewis, he may be having more playing time under New Coach Torrent than he had Under Patrick Vieira. “I wouldn’t say I figured it out, but I definitely think I’m learning and processing new information. I’m learning from my teammates on how to be mature, so when I’m not getting my shot to play, I’m learning from the guys and seeing what they do and I what I can bring differently” he said after the match when asked how he obtained that concluding goal for the match.

After the game Coach Torrent shared a few words about his thoughts on his teams performance. “It wasn’t easy for us because we played two games in three days, but I was impressed by the performance of our players. Our players seemed physically better than the Montreal players. I congratulate my players because what they did was amazing, but the most important thing when that happens is to pass the ball and keep the ball”.At the end of the night  NYCFC turned out having a very successful night and even ended the 4 game winning streak for the Montreal Impact ahead of Saturday’s showdown with the Columbus Crew, back in Yankee Stadium.