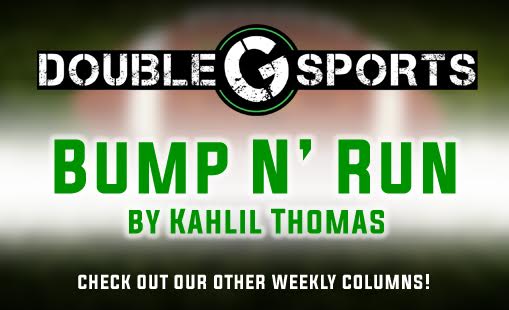 This past weekend of football featured great games and major news to discuss. The big story concerned Odell Beckham Jr. but before I get to him, let’s look at the New York Giant team as a whole.

The Giants Defense Once Again Fails In Loss To Panthers

After being down 35-7 to Carolina during Sunday’s game, I honestly turned the Giants off. I didn’t want to be part of the G-Men and their inability to hang with the undefeated yet flawed Panthers. About 20 minutes after I turned the game off, the text messages began from friends telling me that the Giants are coming back. The sheer fact that the Giants were able to score 28 unanswered points when the Panthers took their foot off the pedal showed me that the Giants offense, when Eli Manning has time, is one of the most prolific in the league….then the Giant defense stepped on the field. End result: Panthers 38, Giants 35.

I have said it once and I will say it again, the Giants defense in particular their secondary may be the worst I have ever seen. They are weak at safety and with all the blitzing they did on Sunday, Cam Newton just carved the defense up with his arm and legs. The Giants will most likely not make the playoffs this year but for the 2016 NFL season, Jerry Reese or a new GM must address their needs at linebacker and safety. It has been way too long since those needs were addressed.

Since coming into the league, Odell Beckham Jr. has shown that he is one of the most dynamic receivers in the NFL. As of late however, it has become common place that opposing defenses has been able to get into his head very easily and throw his game off. Yes Beckham did catch the game-tying touchdown on Sunday but his day was marred by three personal foul calls and repeated incidents with Carolina CB Josh Norman.

Beckham was suspended for Sunday’s game against the Minnesota Vikings, a game that could end the Giants’ hope for the NFC East. Should Beckham have been suspended? Yes but this incident should not show OBJ in a negative light completely. He has been a total team player and a great teammate according to the franchise and his talent is evident. We should not use this as a moment to demonize him as many in the media has decided to do since Sunday. He made a mistake and we all make mistakes. Has Odell Beckham Jr. hit a woman? Has Odell Beckham Jr. failed multiple drug tests? Has Odell Beckham Jr. killed someone? Some perspective would be nice in this instance.

And before I forget Happy Holidays to all who read the Bump N’ Run column. It’s been great writing about the sport I enjoy and we have one more article to go before the end of 2015…SEE YOU NEXT WEEK!