Bump N’ Run w/ KT: Penn Wins The Ivy, The Jets Have No Rushing Game And There Are Way Too Many Bowl Games 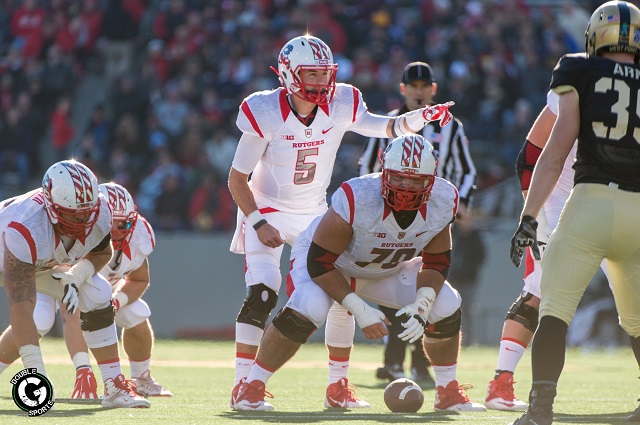 The New York Jets’ losing ways continued on Sunday as they lost on the road to the Houston Texans 24-17. Once again the Jets offense was nowhere to be found during the first half of the match-up as the defense was leaned on to keep the game close. Ryan Fitzpatrick finally woke up in the second half but with two interceptions late in the fourth quarter, the Jets comeback hopes were dashed. The bigger story from the game may have been the injuries to All-Pro center Nick Mangold (hand) and All-Pro cornerback Darrelle Revis (concussion).

The running game was absent once again for the Jets as they were held to 70 yards on the ground with Chris Ivory accounting for only 36 of those yards. Even though he was able to tough out 99 yards against Buffalo last week, this was the fourth time in five games that Ivory rushed for less than 50 yards. Without a running game the pressure goes entirely on the Jets passing game which with a quarterback like Fitzpatrick, is not dependable at all. The strategy of the 2015 New York Jets season was ball control with a rushing attack and a great defense but without the running game, the defense is on the field longer than expected which creates major lapses for the unit. The Jets have issues they have to address ahead of this week’s game against the Miami Dolphins.

And for god sakes, can Fitzpatrick learn how to slide?

Rutgers Beats Army And Could Salvage Their Season

With their 31-21 win against Army, Rutgers snapped their four-game losing streak and in the process may have done the impossible. With a win in their finale at home against Maryland on Saturday, Rutgers could possibly make it into a bowl game at 5-7…yes, think about that for a second. Rutgers, who lost their coach for a few games, lost their star receiver for a number of games and lost players at the beginning of the season could actually make a bowl. It’s not going to be the Rose Bowl but the Scarlet Knights could be in a bowl game this holiday season.

This is a bigger issue within college football. While I am happy that Rutgers could be in a bowl, there should be no situation ever where a team with a losing record should make a bowl game. You’re telling me that a team that went 8-4 will be rewarded with a bowl but then a team that goes 5-7 will rewarded with a bowl game also? This just shows how many bowl games there really are (41 to be exact) and I’m sorry, do we really need the St. Petersburg Bowl or the Famous Idaho Potato Bowl?

The Penn Quakers won their 17th Ivy League title, albeit a three-way share, after a 34-21 victory over Cornell at Franklin Field on Saturday. This was their fourth title in seven years and their first since 2012. They accomplished the feat by winning their final five games of the year and join Dartmouth and Harvard as 2015 co-Ivy League champions.

The game was never in doubt as Penn took a 20-0 first quarter lead and never looked back. While Cornell did outgain Penn in total offense, the majority of that came in garbage time after Penn took their foot off the pedal in the second half. Brian Schoenauer rushed for 118 yards while Justin Watson became just the third Quaker player in school history to gain 1,000 receiving yards for a season. His 133 yards on Saturday made him only the third receiver in Ivy League history to have five consecutive 100-yard receiving games.

Congrats to the Penn Quakers on their Ivy League Championship.