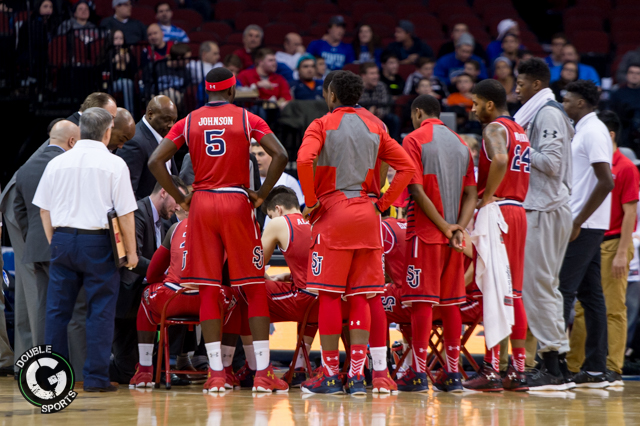 Saturday afternoon, the Johnnies hosted the Butler Bulldogs at Carnesecca Arena for a sold out game that keeps St. John’s winless in the Big East with a 7-17 record overall. St. John’s couldn’t recover from the first half that led Butler to an 89-56 victor. Roosevelt Jones had a triple-double, concluding with 10 points, 14 rebounds and 10 assists to lead the Bulldogs.

Kassoum Yakwe made 7-of-8 free throws and had a team-high of 11 points to lead St. John’s. Malik Ellison scored eight points, while Federico Mussini and Ron Mvouika put up seven points each.

Baskets made by Durand Johnson and Ellison gave St. John’s a four-point lead to start. Minutes later, Yakwe made a layup and Mvouika followed him with a triple. Butler answered with the game-changing 31-5 run, which was finished by a Wideman layup-and-one, giving the Bulldogs a 38-17 lead with only 4:06 left in the half. Butler took a 48-26 lead into the break.

Butler scored 14-straight points early on in the second half and maintained a lead the rest of the game. Butler scored 32 points off St. John’s 21 turnovers.

St. John’s returns to action with a road game facing Georgetown at 7 p.m. at the Verizon Center (FS1).