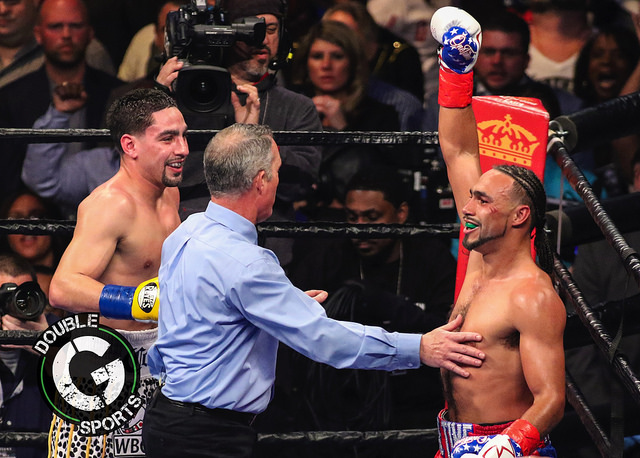 After defeating Chavez Jr, it didn’t take long to find out what’s next for Canelo Alvarez.

Canelo Alvarez announced he will face Gennady Golovkin, the charismatic knockout artist known as Triple G, in a long-awaited super fight to unify the middleweight championship. Pen was put to paper last week and no venue has been set. But the biggest fight in the sport that can be made today has been signed and it will happen on September 16 at the middleweight limit of 160 lbs.

The shrewdly timed announcement, an inspired piece of stagecraft which speaks volumes about what Canelo’s handlers thought of Chávez’s chances, was a convenient way to make people forget about what they had just watched. Make no mistake about it, this is the super fight boxing fans wanted to see for sometime now. Golovkin has been the dream opponent for Alvarez in the eyes of fight fans since Alvarez defeated Miguel Cotto in 2015. What really is important to the sport of boxing, they are both in their peak prime.

“I feel very excited; in September, it will be a different style-a big drama show,” said Golovkin. “I’m ready. Tonight, first congrats to Canelo and his team. Right now, I think everyone is excited for September. Canelo looked very good tonight, and 100 percent he is the biggest challenge of my career.”

“The fight is signed, sealed and delivered,” said Oscar De La Hoya, who promotes Álvarez. “I’ve already had several calls from people interested in staging this fight. I have a missed called from Dubai. I have a missed call from the UK where Anthony Joshua and (Wladimir) Klitschko just sold out 90,000 people. There’s interest from all over the world. There’s interest from everywhere.”

Golovkin, 35, is coming off a points win over Daniel Jacobs at Madison Square Garden two months ago, his 18th straight middleweight title defense. It marked the first time in 24 fights he’d been extended the full distance. Many felt Golovkin might of overlooked Jacobs and had his eyes set on Canelo all a long.

Boxing isn’t dead. 2017 has been loaded with great fights.  Unlike Mayweather vs Pacquiao , Canelo vs Golovkin will deliver . After September 16th, both men will become household names.

Shawn Porter Mauled Berto, Now Has Eyes On Thurman
Mayweather vs. McGregor: Who has more to lose?