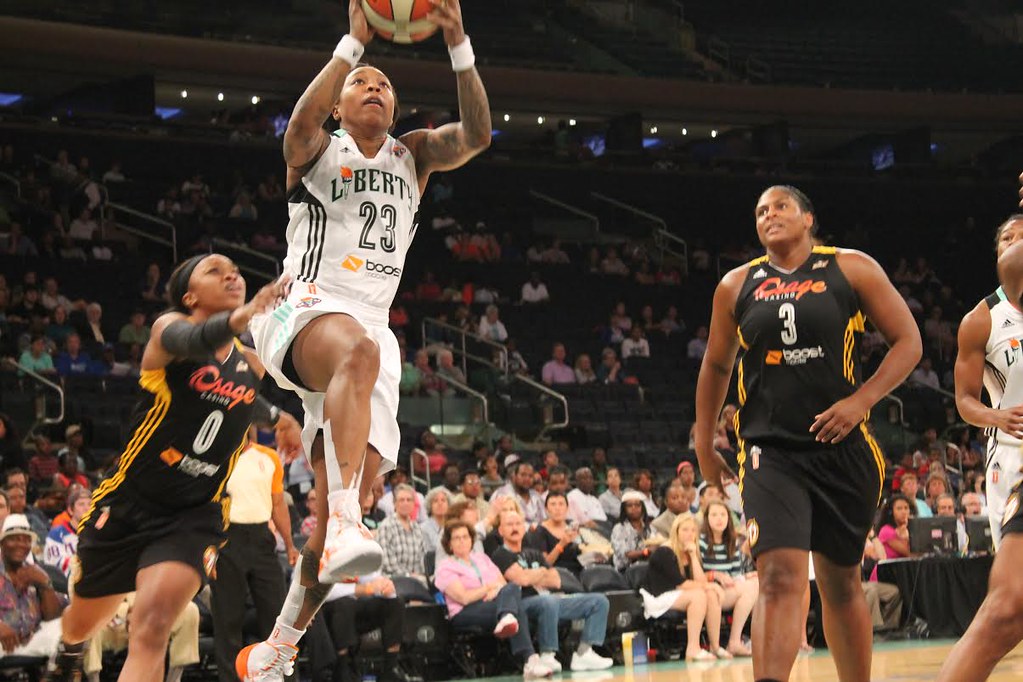 Cappie Pondexter on playing for New York Liberty: “One of My Fondest Basketball Memories”

Cappie Pondexter is one of the greatest women’s basketball players of all time. She is a 2x WNBA Champion, Finals MVP, 7x all-star, and was named to the WNBA Top 15 Players of all-time in 2011. Pondexter also had a successful career overseas, winning numerous championships. One of the most dominant scorers to play, Cappie is the fourth all-time leading scorer in WNBA history.

Although from Illinois, Pondexter is connected to New Jersey and New York City because she played for coach C. Vivian Stringer at Rutgers in college and played five season for the New York Liberty. At Rutgers, Pondexter scored over 2000 points and helped lead the Scarlet Knights to back-to-back Big East titles. I caught up with Pondexter recently and she shared about her time at Rutgers.

“It was a great experience,” explained Pondexter. “At the time, UConn was our rival and if you know UConn basketball, how great their program is, we actually made it tough for them. We won championships, we beat them quite a few times we just made women’s basketball interesting during the time I was in school.”

“I think that if I would have gone to UConn then we would not have seen that kind of parody and I think it was just good for the women’s game.”

Cappie also reflected on her time with the Liberty:

“That was one of my most fondest basketball memories honestly, being able to play in the Garden and sell out seats. Just to see the crowd in Jersey when they did the reconstruction of the Garden when we had to move to New Jersey. The Fan base they traveled with us, even though nobody really liked New Jersey like that as a stadium, they still came out and supported us. I can tell you those five years were probably the most fun times of my life and career.”

Pondexter added, “Personally my stats were probably the highest that they had been in my career. New York was a great time, the organization was great and I enjoyed every moment playing for the fans.”

She also spoke on competing in the Shooting Stars competition at the 2012 NBA All-Star Weekend in NYC. “I remember hitting the half court shot for us to win it.” She described the event saying, “It was great because they implemented men and women basketball. Hopefully they bring it back sooner than later because it was an event that was worth watching.”

Women in Sports Interview Series: Alyse Zwick, From Miss New York to WWE and XFL football, and everything in between
Scarlet Knights Take Down Wisconsin to Advance to Quarterfinals