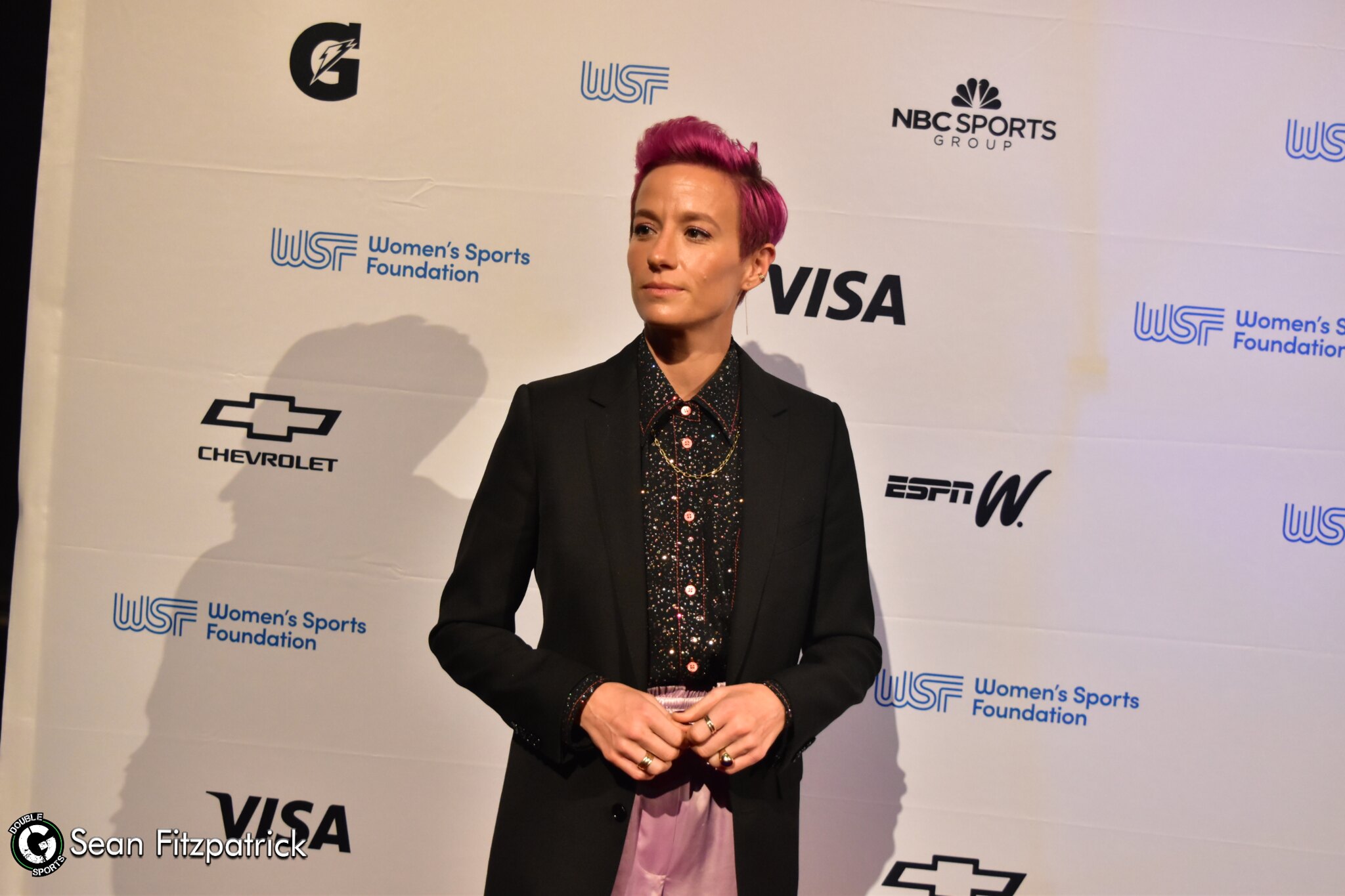 Claressa Shields, Megan Rapinoe honored at the 40th Salute to Women in Sports

This past week saw some of the strongest and most celebrated female athletes from different sports join together for a common goal: female empowerment.

The Women’s Sports Foundation held the 40th Salute to Women in Sports gala inside Cipriani on Wall Street. Under the bright lights of New York City, the gala honored several female athletes while also encouraging young women to follow their dreams. The foundation was founded by tennis icon Billie Jean King.

Claressa Shields, one of the top female boxers in the world today, was honored with her second Sportswoman of the Year award. The 24-year-old from Flint, Michigan is a two-time Olympic medalist and the current Undisputed Middleweight Champion of the world.

“My sincerest congratulations to Claressa for collecting yet another well-deserved award,” Salita Promotions President Dmitriy Salita stated in a press release. “Claressa’s story is a testament to hard work and dedication overcoming any obstacle. She is a superstar athlete and role model for women and girls worldwide. I am proud that she has allowed me to be part of her history-making career. This award is not only special for Claressa, but for the sport of boxing as a whole.”

Joining Shields (9-0) was Megan Rapinoe in the Team Sportswoman of the Year category. One of the top soccer stars in the world, Rapinoe led the U.S. Women’s Soccer Team to a World Cup victory in France. The FIFA Player of the Year applauded two-time Olympian Marta Vieira da Silva, who won the Wilma Rudolph Courage Award that night.

Other winners of the night include:

Billie Jean King Leadership Award: Sheila C. Johnson – One of the premier advocates for equality, Johnson is the Founder and CEO of Salamander Hotels and Resorts, the co-founder of Black Entertainment Television and Vice Chairman of Monumental Sports & Entertainment. She is the only African-American woman with primary stakes in the Washington Wizards,, Capitals and Mystics.

Champion of Equality Award: John Burke – The only male representative honored at the event, John is a true advocate for equality. John is the President of Trek Bicycle, which works on meeting female cyclists’ unique needs. The goal of the company is to develop designs to help increase female participation in cycling. Creating his own cycling team, his goal is to create equal pay for men and women in the sports world.

The proceeds from the benefit will go to organizations that help strengthen opportunities for women and girls in sports. Those organizations include:

Check out some interviews from the annual Red Carpet event prior to the ceremony. The video is courtesy of Double G Sports’ Jackie Daly.