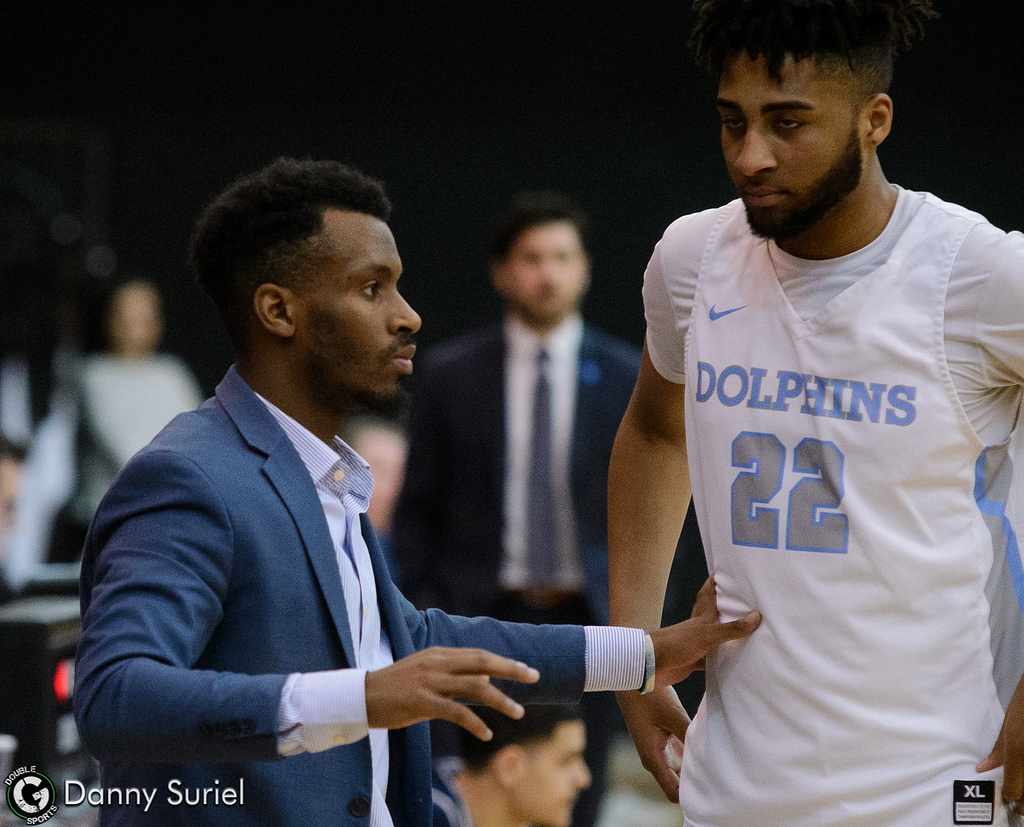 It was a thriller in The Tank Thursday night as No. 2 College of Staten topped No. 3 John Jay College, 70-57, in the semi-final round of the CUNYAC Championship.
Led by Sophomore guard Riguad Destime, CSI’s hard fought victory will advance them to their third consecutive CUNYAC Championship game. The Dolphins will face off against No. 1 Baruch College, Friday evening for the gold.

The Dolphins stormed out the gate quickly, taking advantage of John Jay’s missed opportunities. CSI gained a 8-2 lead over the Bloodhounds before John Jay would retaliate with a run of their own. Senior Esslen Epps rained threes and helped the Bloodhounds gain a 9-8 lead. The two teams would go on to battle neck and neck for the rest of the first half trading, losing and gaining leads. CSI would go on a 7-0 run before John Jay responded with an 11-0 run of their own.

In the beginning of the second half, CSI would continue to build their lead, bombarding the Bulldogs with tenacious defense and well worked offense. The Dolphins would lead by as much as 15 points. All hope had seemed lost for the Bloodhounds before they began to tighten up on defense. The Dolphins lead began to slip away as the Bloodhounds forced them into bad shots and lazy turnovers. Epps with 22 points would make his second major appearance of the game rallying the Bloodhounds to within two points with only 4 mins left in the game. CSI snapped out of their woes and reclaimed control of the game growing their final lead to 11 points.

The Dolphins closed out the game with smiles and cheers throughout the Tank preparing for yet another Championship run.
Post Views: 824
The following two tabs change content below.