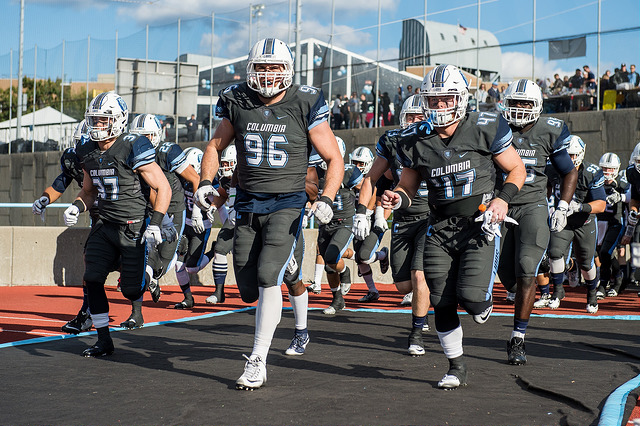 The 2016 season for the Columbia Lions was one of growth for the team. The Lions went just 2-5 in Ivy League play and 3-8 overall, five of Columbia’s losses were by 10 points or less. For the young squad, there was a lot to see as positive despite their win-loss record.

Enter the 2017 season and the Lions, led by coach Al Bagnoli, are looking to build on last season’s growth. While picked to finish seventh out of eight teams in the Ivy League, Bagnoli believes that the Lions could surprise some teams this season. However, the nine-time Ivy League champion coach also knows that hard work is necessary to do so.

“We’re cautiously optimistic,” said Bagnoli during an Ivy League teleconference earlier this month. “We have enough pieces in place where if we play well, we’re capable of beating everybody and at the same time we’re fragile enough as a program where if we don’t play well, everyone can beat us.”

Columbia returns 13 starters (seven on offense, six on defense) along with 61 letterwinners. Leading the returning players is 2016 All-Ivy League first team placekicker Oren Milstein. The sophomore converted 12 of 13 field goals attempts last season and was perfect on extra point attempts (16 of 16) as well.

Coach Bagnoli stated during the teleconference that the strength of the team was his defense, which returns two All-Ivy League second team players in junior defensive back Cameron Roane and junior defensive lineman Lord Hyeamang. Hyeamang finished the 2016 season with 38 tackles with seven tackles for a loss. Roane had 35 tackles and seven pass breakups last season for the Lions. He has 14 total press breakups in his career at Columbia.

While the defense is a strength, coach Bagnoli believes there may be some growing pains for the unit.

“The question mark—and it’s really more of experience—is at linebacker. We graduated all three linebackers last year. It will be up to our new players,” said Bagnoli. “Michael Murphy played some as a true freshman, Jalen Williams, Cal Falkenhayn and Sean White in the middle, Matt Tofano at the WILL position.”

Offensively Columbia returns senior quarterback Anders Hill under center. Hill accumulated over 1,900 yards of total offense and 12 total touchdowns in eight starts for the Lions last season. For the other skill positions, Columbia has some question marks at the running back position. The Lions lost All-Ivy League second-teamer Alan Watson and his 627 rushing yards. According to Bagnoli, Columbia will go running back by committee when the season begins on Sept. 16.

At wide receiver, Columbia is deep but also very young with upwards of ten underclassmen at the position. Finally, the Lions returns three starters on the offensive line which is good news for quarterback Hill as continuity remains up front for Columbia on offense.

The 2017 season will see Columbia showcased on television four times on Eleven Sports Network (formerly ONE World Sports). One of the games that will be shown on Eleven Sports will be a Homecoming rivalry game at home against the Penn Quakers on Oct. 14.

Even with the young team that Al Bagnoli has, it seems as if he and his players know that they are close to making their mark in the Ivy League. With five home games and momentum from their close calls last season, Columbia could begin that ascent up the Ivy League ranks sooner than later.