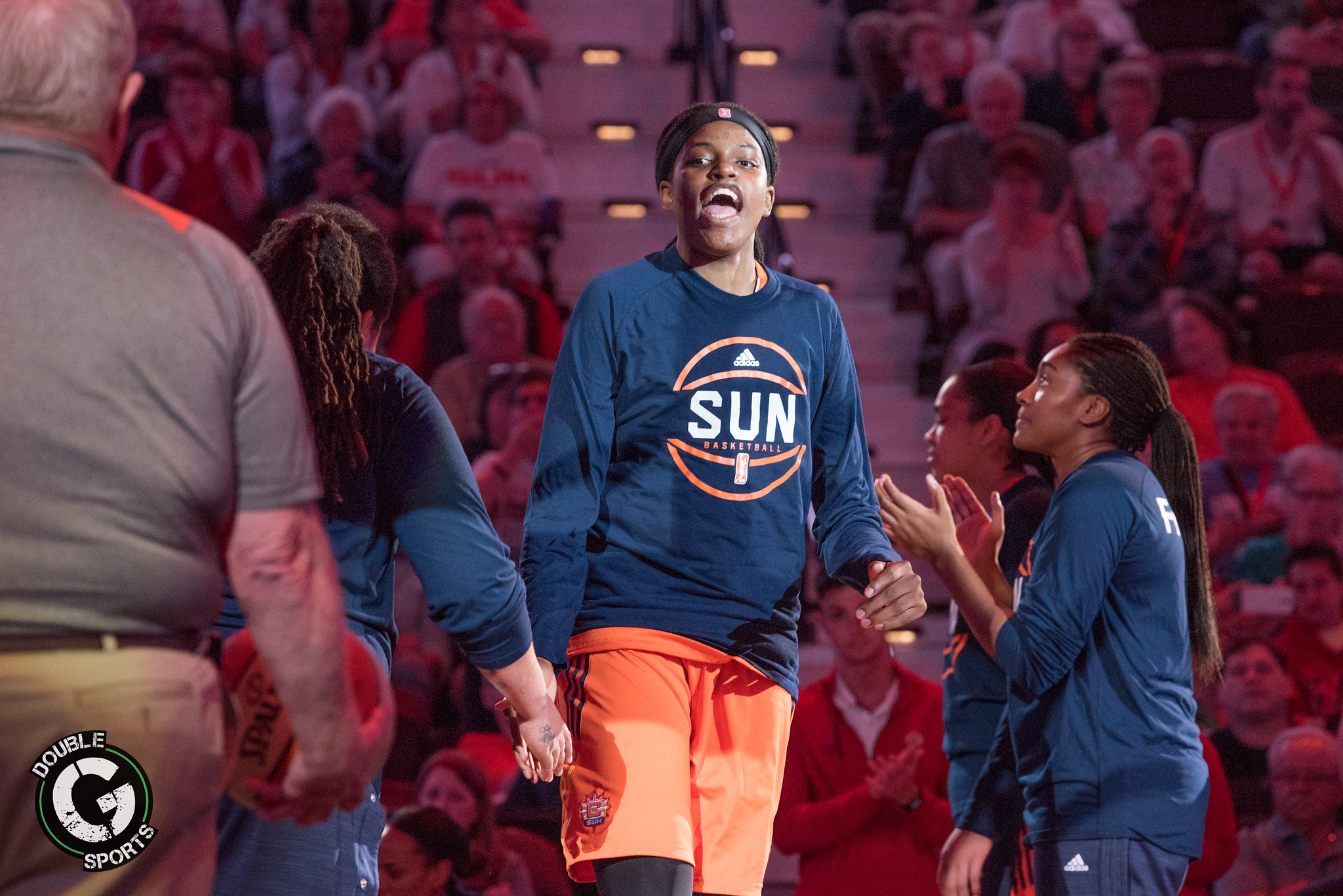 The Connecticut Sun will have the 23rd and 35th pick in the 2020 WNBA Draft. The draft will take place on Friday, April 17th on ESPN.

Connecticut finished the 2019 season second in the league with a record of 23-11. Not to mention, the Sun were one game away from winning their first WNBA title against the Washington Mystics. However, the Mystics were too much down the stretch.

During the offseason, in two separate trades, Connecticut acquired DeWanna Bonner and Briann January from the Phoenix Mercury. Not to mention, the team also landed Kaleena Mosqueda-Lewis from the Seattle Storm.

Surprisingly, Connecticut traded Courtney Williams to the Atlanta Dream and lost Shekinna Stricklen to free agency. With two picks in this year’s draft, the Sun will look to rebound and make another run at the title.

Here is a preview of the Connecticut Sun 2020 draft profile:

As mentioned earlier, Connecticut will be without Williams who was traded to Atlanta. Her athletic ability and fearlessness will be missed.

With the 23rd pick in the draft, the Sun need to select Kaila Charles out of Maryland. Charles is a slasher who can get to the rim at will. In addition to getting to the rim, she has tremendous upper body strength and can finish with either hand. In transition, Charles fills in the lane and almost blows by any defender. At the end of the shortened 2019-20 season, she averaged 14. 3 points, 7.3 rebounds and 2.2 assist per game, while shooting 50 percent from the floor.

Charles doesn’t shy away from contact and looks to score. Over time she will need to work on her individual defense and perimeter shooting. The Maryland product will need to better position herself to attempt more jump shots. Drafting Charles will provide the Sun with a solid scorer with endless potential. She is a player who can develop into a solidified starter over time.

With their second and last pick of the draft, the Sun should select Chelsea Mitchell out of Morgan State University. Mitchell, who was recently named to the BOXTOROW Division 1 HBCU Women’s All-American First Team, is a flat out scorer. The Maryland native can be a primary ball-handler, secondary scoring option, or a facilitator on a WNBA team. She is quick with or without the ball in her hand, and has a smooth style of play.

Mitchell would be a great fit for Connecticut because of her combo-guard skill set. At the end of this shortened season, she led MSU in scoring and averaged 15.6 points and 9.7 rebounds per game. Similar to Williams, the Morgan guard can get to her sweet spot, and create her own shot. If the Sun draft Mitchell, they will acquire a guard who is hungry to win, ready to work, and prepared to contribute right away.

Expect the Sun to enter the draft night with intention, and strategy. This team is looking to run-it-back, and make another finals appearance. Tune in to the WNBA Draft Friday, April 17th at 7:00 PM E.T.

Brooklyn Nets: A Few Reasons Why Kevin Durant Will Defy The Odds Next Season
Baseline Jumper, Episode 118: What to Make of the 2020 NBA Season (Audio)