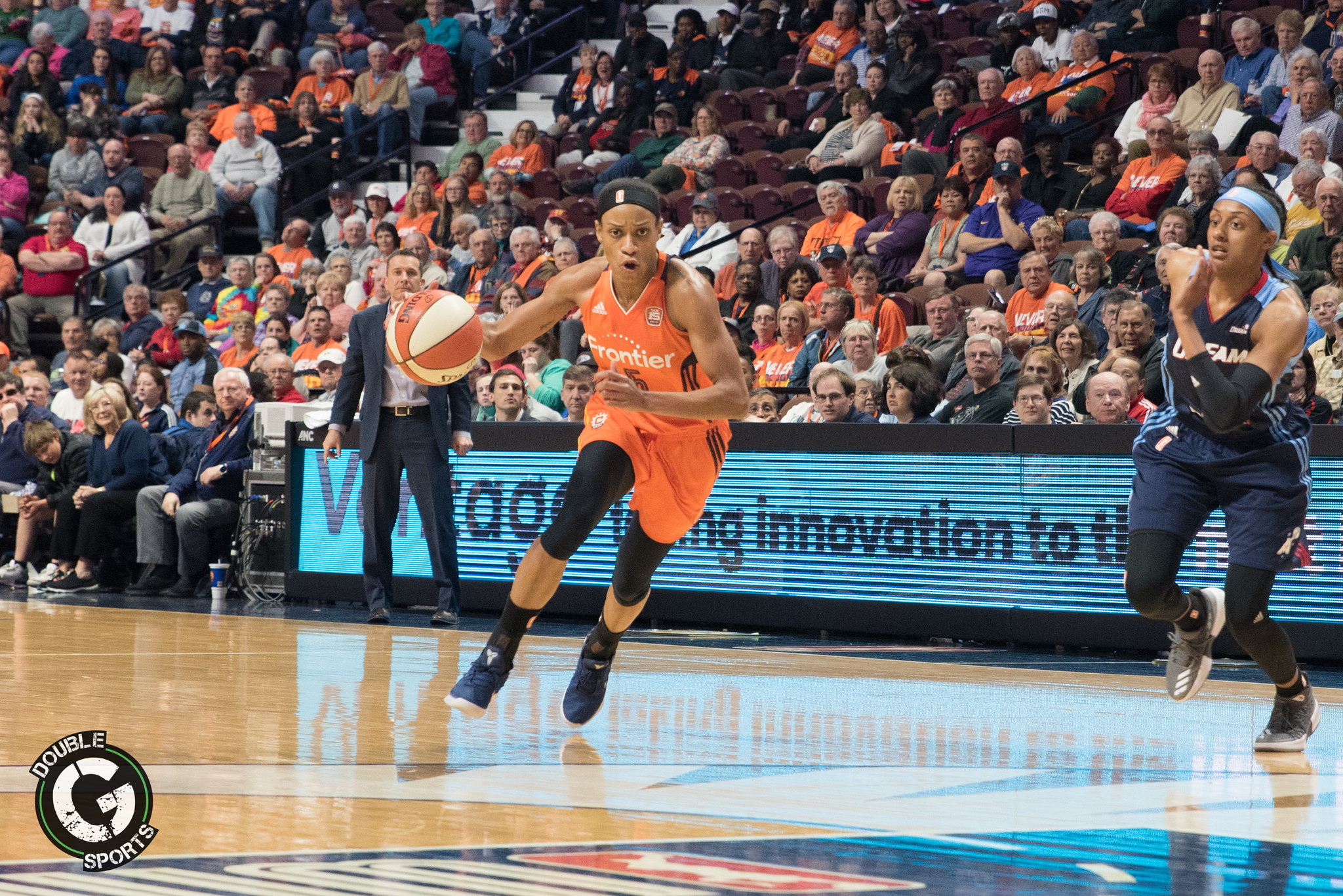 When the Connecticut Sun take the floor Sunday night in Washington, D.C. for Game 1 of the WNBA Finals, odds will be against them, as they have been all season.

Their opponent, the Washington Mystics, are the leagues top team, with the star player, and all the expectations. So how do the Sun continue to shine bright? With continuity and balance up and down the roster.

The Sun have been counted out all season – with so called experts claiming they couldn’t get it done without the traditional star power. Connecticut continues to prove doubters wrong, and are now set to take the court with the grand prize within reach.

The Mystics have WNBA MVP Elena Della Donne who averages 19.5 points and 8.3 rebounds per game. They also have Kristi Toliver, 13 points and six assists per game. The spotlight will be on them, the “star” players.

Connecticut will do what they’ve done all season – battle as a group, as underdogs, as what many have deemed them, “underdogs”.

The Sun are only the fourth team in WNBA history to start the same starting five for every game during the season. While there is not one big time scorer (Jonquel Jones leads the team with 14.6 points per game), every starter contributes. Jones is also a league rebound leader.

While not flashy scorers, the Connecticut Sun offense runs through Jasmine Thomas and Alyssa Thomas. Rounding out the starting five is sharp shooter Shekinna Stricklen and ball of energy Courtney Williams.

Sure, each player has a “role” but these ladies can ball. It will be more of the same for Sun head coach Curt Miller. He knows his roster, his players know what they are capable of.

When the Finals tip off on Sunday, it’s anyone’s guess who will lead the Sun each game – and that’s not a negative. The Mystics will need to account for every Sun player on the court, because if they don’t, another upset could take place.

Game 1 from Entertainment & Sports Arena in Washington, D.C. is schedule to tip off Sunday at 3:00pm. Game 2 is scheduled for Tuesday, Oct. 1 at 8:00pm inside Mohegan Sun Arena.