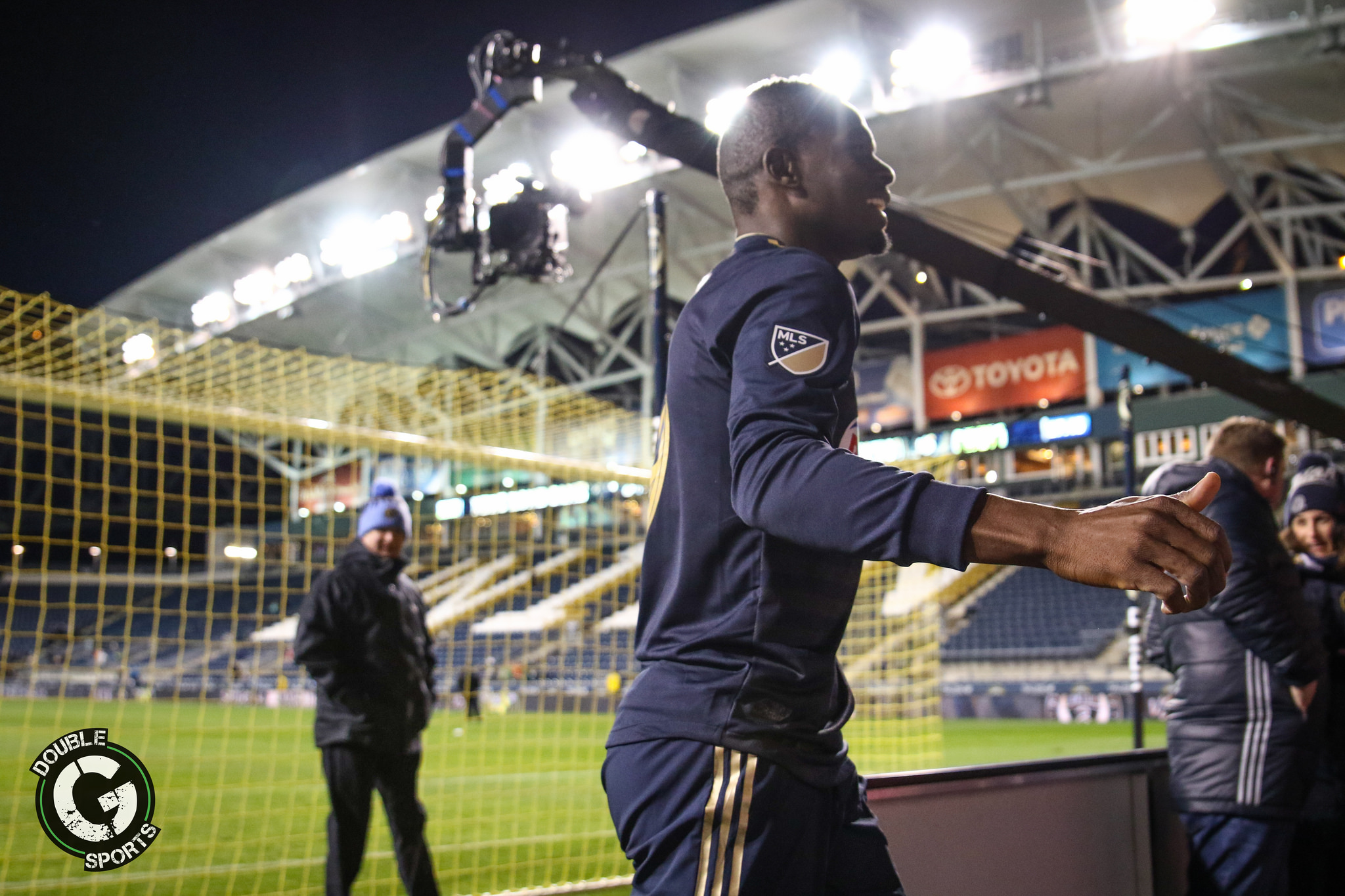 Over the past two months, no one has been hotter for the Philadelphia Union than Cory Burke and he continued to bring the heat in Houston last Wednesday.

Ever since his first start on May 12 at Montreal, in which he scored his first career MLS goal, Burke is scoring at a rate that fans in Chester have not seen in some time. In just four starts, the tall, pacey forward has notched an impressive five goals, averaging one in every 104 minutes of action. Even when he is featured as a substitute off the bench, he always looks to be a threat in the attack.

With Burke’s stock on the rise, the days of seeing C.J. Sapong as the squad’s number one striker are numbered. Here’s the story of his meteoric rise in Philly:

In 2016 the Union signed a relatively unknown twenty-four year old striker to a loan deal from Jamaica’s Red Stripe Premier League club Rivoli United. Cory Burke was the second leading goal scorer in Jamaica’s top flight, but no could fully know what to expect based on results from an undeveloped player in an undeveloped league. No one knew exactly how well Burke’s abilities would translate in the American game. What we did know is that he possessed a tall six foot three inch frame, rapid pace, and an unequivocal knack for scoring.

During his first two seasons in the U.S. the Kingston native spent his time honing his skills and learning the American game in the Lehigh Valley with the Union’s USL affiliate Bethlehem Steel in their inaugural season. In his first stint with the Steel he tallied four goals and two assists in just fourteen starts. His exploits caught the attention of the club and on November 14th, 2016 Burke was purchased by the Steel from his parent club on a full transfer.

In 2017, with a full season under his belt, the man from the Caribbean island continued to make waves in America’s second division. He began to really show his worth as a striker and most importantly showed his ability to adapt to and buy into the club’s system. Cory’s efforts paid dividends for both he and his club as his team high nine goals led Bethlehem to their first playoff appearance against eventual champions Louisville City.

In December of that year was rewarded with his first MLS contract as he put pen to paper and struck a new deal with the Philadelphia Union. The rest was history, or at least will be history.

Union head coach Jim Curtin has continued to sing his praises of Burke’s development and commitment to the club:  “I think Cory has earned every minute he has got and when he gets out there you can see the pressure that he puts on the back four defensively and in his commitment to run and fight and to give everything for the badge. I think the fans see that and that’s a good thing”.

Twenty-six year old Cory Burke has a long way to go before cementing himself as one of the league’s top strikers, or even one of the best in Union history, but he is on the right path. It’s a player to get excited about and that’s something Union fans haven’t had in some time.