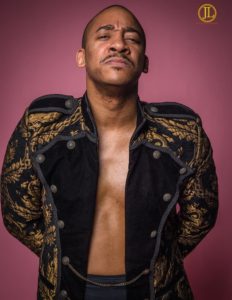 Darius Carter is a wrestling vet with years of experience and a plethora of titles behind his name. “Wrestling’s Richest Prize” continues to leave his fans in awe with every match, including his history-making bout with Billy Dixon in the inaugural Paris Is Bumping wrestling event of 2020. But one IT factor that separates Carter from other wrestlers is his lengthy & impressive intergender wrestling resume.

The PWI 500 entrant has wrestled countless women wrestlers, including WWE’s Mercedes Martinez and Mia Yim, IMPACT Wrestling’s Su Yung, Jordynne Grace, and Kimber Lee, and Saraya Knight. Darius credits not luck nor strategy, but rather his “hustle and drive” when it comes to his reason for going up against talented women in the squared circle. He’s also inclined to fight with other wrestlers, in general, who exhibit likewise determination in wrestling and life.

Carter explains, “When I was talking about the women that are traveling and were making a name for themselves before they got signed or anything like that. You know Mercedes now [is] in WWE, but she went around before she signed anything. Killer Kelly, you know, Deonna [Purrazzo of IMPACT Wrestling] is a great example because now she’s a Knockouts Women’s Champion. She was looking for that title somewhere.”

“I’m not best friends with her [Purrazzo], but I’ve met with her and been in her company and communicated and conversed with her, and I could tell that that means something to her, those championships mean something. It’s not a prop… She carries it with pride,” he adds.

Carter also believes that while he’s more “open” to intergender wrestling in comparison to some of his male peers, his passion for wrestling leaves him hungry to wrestle anyone, no matter the gender.

“You can put Darius Carter in there with anybody and make it work.”

In light of Women’s History Month not just for this year, but for many years to come, Carter’s name may continue to be bolstered in wrestling history, not only thanks to more intergender matches but overall future matches in perhaps one of the top wrestling promotions in the world. Still, Darius Carter, for as confident he is in his talents and where they could take him, is also humble and grateful.

“It’s a gift to wrestle in that ring, no matter who your opponent is,” Carter points out.

To hear more about Darius Carter’s wrestling background, his experience wrestling Mercedes Martinez, Saraya Knight, and other celebrated women wrestlers, his thoughts on the wrestling industry, and much more, check out his entire exclusive video interview with In The Zone’s Candace Cordelia right here.