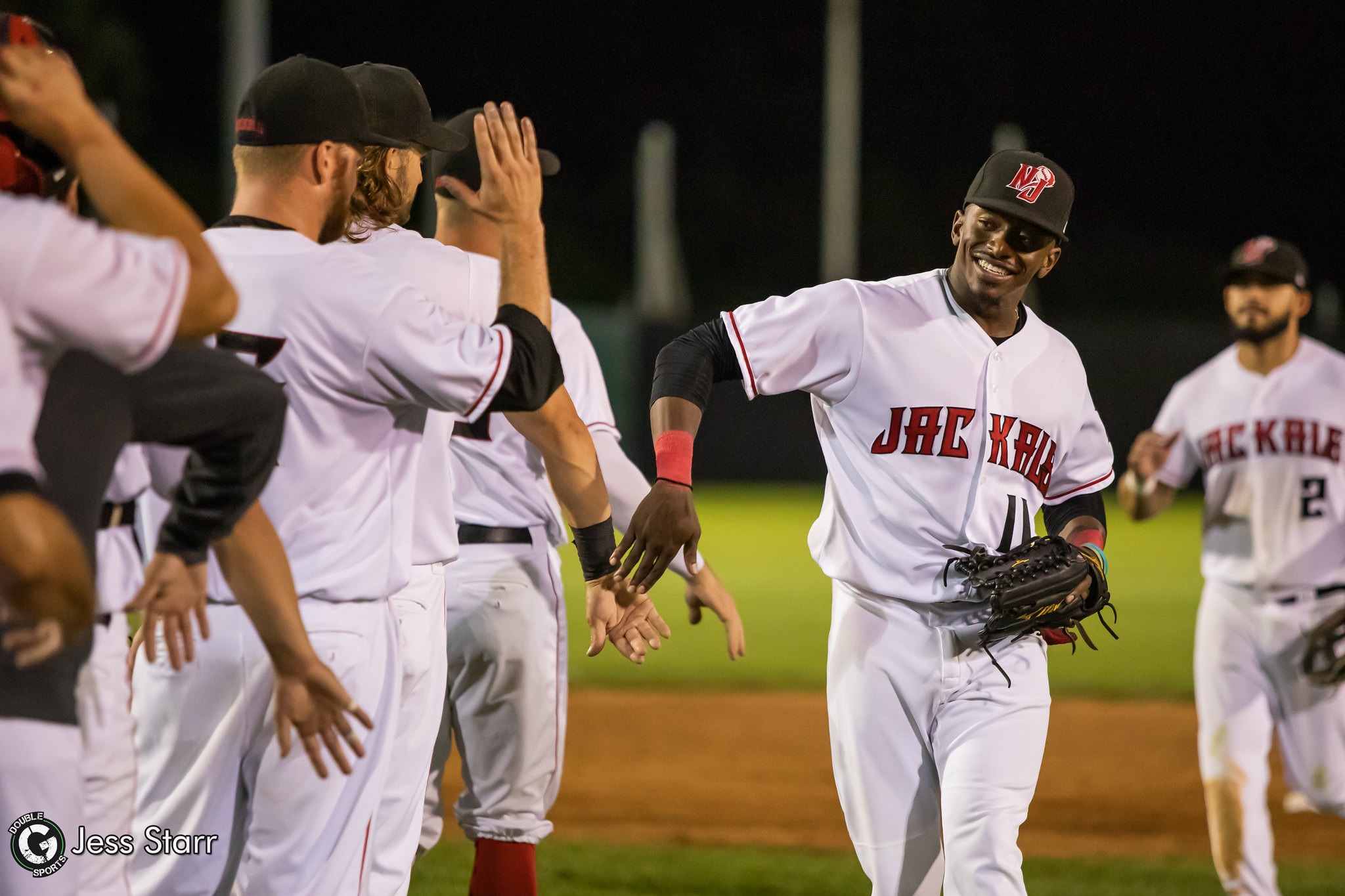 As the 2019 Can-Am League Finals head to Skylands Stadium, the home of the Sussex County Miners, the New Jersey Jackals won a critical game 3 to go up 2-1 in the championship series.

After the New Jersey Jackals and Sussex County Miners split both games at Yogi Berra Stadium, the 2019 Can-Am League Finals heads back to the home of the Miners, Skylands Stadium, for the final three games of the series. This started with game 3 on Sept. 13. After an off day the day before, both teams were well rested for the crucial game. History shows that the winner of game three in a five game series usually wins the series. This time, the New Jersey Jackals would bounce back after suffering a tough loss in game 2.

After both teams went down in order in the first inning, the Jackals would get their entire offense from one man with one swing of the bat. Alfredo Marte singled to leadoff the top of the second, bringing David Harris to the plate. Harris then hammered a fastball to deep left field, sailing over the high wall for a two run home run. Harris’s third homer of the season and first of the playoffs got New Jersey in front 2-0.

“Just took a good swing,” said Harris on hitting the Jackals second home run as a team in the playoffs. “Came off my bat just fine, got a good little opportunity and it stayed up just enough and went out of the ballpark. It doesn’t matter how you do it. Just find ways to get that W.”

“That’s the biggest thing,” said Brantley. “Playoffs aren’t like ‘Who’s the best team?’. It’s “Who’s the best team at the right time?’ is what it comes down to. So I got all the confidence in the world in us. You can kinda see the energy level on the two teams. Very different today. So hopefully we can kick that on and carry it on into tomorrow.”

Above all, the most impressive thing about the Jackals pitching and defense this game was getting out of tough jams. The first example was in the bottom of the third. Gavin Stupienski drew a leadoff walk followed by a single by Jarred Mederos to give the Miners runners on first and second with one out. Brantley proceeded to get Mikey Reynolds to flyout to right and struck out Audy Ciriaco to get out of the inning.

A similar situation unfolded in the bottom of the sixth. Mederos drew a leadoff walk and Ciriaco reached on a hit by pitch to give Sussex County runners on first and second with one out. However, in his last inning of work, Brantley struck out Trey Hair and got C.J. Retherford to flyout to right to get out of the jam.

Last but not least was the job the bullpen and defense did. Reece Karalus came in to pitch the bottom of the seventh. After striking out Jose Brizuela, Karalus walked Culver, then allowed back to back singles to Stupienski and Almadova to load the bases with no outs. Jarred Mederos came to the plate and hit a ground ball that bounced off the glove of Jackals shortstop Santiago Chirino. Nelson Ward scooped it up, stepped on second, and fired to first in time for the double play to get Karalus out of the inning and bases loaded jam on one of the craziest defensive plays you’ll ever see.

Things went much more smoothly for Karalus in the bottom of the eighth, as he allowed just one single to get through the inning. Jackals closer Dylan Brammer came into the game in the bottom of the ninth to get the save. After allowing a leadoff single to Brizuela, Brammer worked a flyout and double play to seal the victory. New Jersey won game 3 2-0 to go up 2-1 in the best of five championship series. They would go for their first ever Can-Am League championship in game 4.