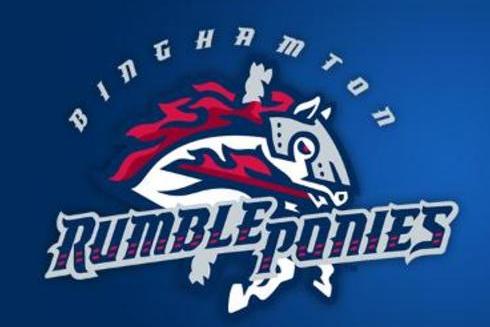 David Peterson was selected by the Boston Red Sox in the 28th round of the 2014 MLB Draft out of high school and had to make a tough decision that top young talented players must make, whether they would like to go pro or go to college. As an 18-year-old Peterson decided to go to the University of Oregon. His

first two seasons were good, but not as good as Peterson would have hoped, going 8-11 with an ERA of 4 over his first 2 seasons. In his junior year, Peterson put together one of the most impressive seasons by a pitcher in Oregon Ducks history, going 11-4 with a 2.51 era and 140 strikeouts in 100 innings. Peterson’s season was also highlighted by a 20 strikeout game against Arizona State. Following his monster season, Peterson was selected in the first round (20th overall) in the 2017 MLB Draft to the New York Mets.

“It’s a huge honor. I’m thankful for that opportunity the Mets gave me and it’s a dream come true.” Peterson told me in an interview in August 2018 at Spectrum Field in Clearwater, FL.

“You grow up wanting to be the best you can and to have our name called in the first round and on the first day is just a huge honor and I’m very thankful. My dream since I could remember was to play professional baseball and then play in the major leagues so to be able to go out there every day and chase that dream…is a once in a lifetime opportunity and I’m very lucky”

Peterson was sent to Coney Island to make his pro debut for the Mets short-season affiliate the Brooklyn Cyclones. He posted a 2.45 era in 3 starts and following the Cyclones season pitched for the Mets in the Florida Instructional League. Out of camp in 2018, Peterson was assigned to the Low-A Columbia Fireflies where he started 9 games for them and performed phenomenally, pitching to a 1.82 era with opponents hitting .214 off him. In mid-June, Peterson was promoted to the Mets Advanced-A affiliate, the St. Lucie Mets. Peterson started 13 games for St. Lucie but did hit some bumps in the road during his transition from Low to High-A ball. He struggled in his first 10 games, but capped off his 2018 campaign on a high note, holding teams scoreless in his last 3 starts.

Peterson throws a 4 seam and 2 seam fastball as well circle change, slider and curve. His fastball is low-mid 90’s with sink and his change-up is referred to as his best pitch by scouts.

“I feel like I can throw any pitch to any hitter…one of my biggest strengths I feel like is to throw strikes and pound the strike zone. “

Peterson will most likely begin the 2019 season in Double-A Binghamton, but by the end of the season, Peterson could be in Triple-A or even potentially the big leagues if he can show that he can pitch at the higher levels of the minor leagues.

When I asked Peterson what his long term goals were…”I just want to be in the big leagues.”