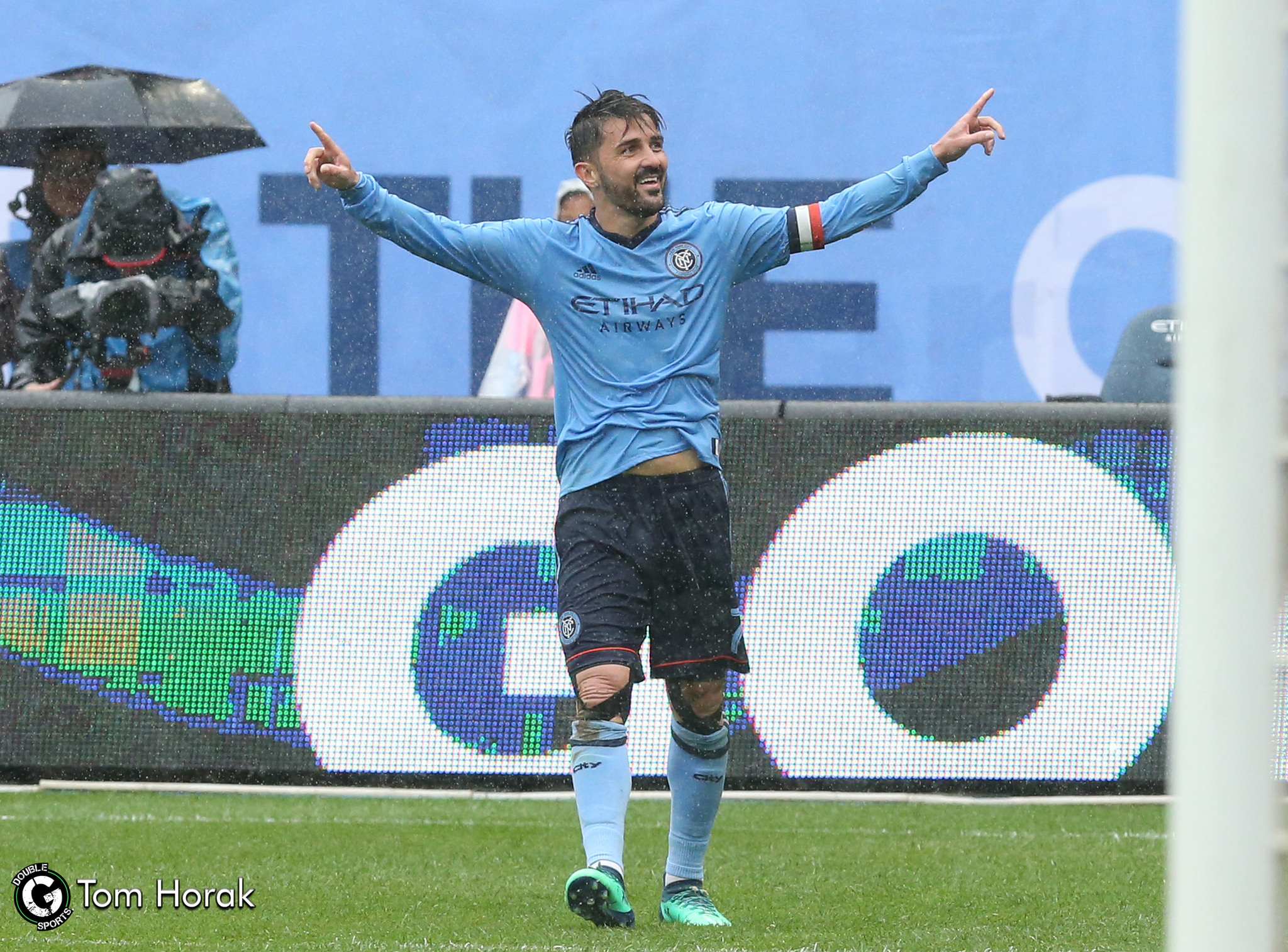 David Villa victorious on his day

This Past Saturday, as the rain poured in Yankee Stadium, during what was declared as David Villa Day in New York City, the boys in blue faced the Colorado Rapids.

David Villa shined all through the match. He moved about the field throughout the game comfortably and aggressively, and at the end, his two goals helped NYCFC come back after two winless games with a comfortable 4-0 victory.

Villa started the scoring with the first goal of the night during the 22nd  minute of the match. A slight give away from Goalie Tim Howard caused Yangel Herrera to possess the ball and pass it to Maxi Moralez who found Villa and connected to put in a smooth goal to begin the never ending momentum of the match.

Ronald Matarrita then followed with his first goal of the season and the second goal of the match, a swift header that surpassed Goalie Howard  a few minutes into the second half.

The momentum continued to grow as the second half continued. In the 56th minute, Villa was fouled, but  Moralez  got the opportunity to make the 3rd point  of the match. David Villa didn’t slow down as he produced his second goal of the game in the 74th, after getting a pass from Rodney Wallace  and kicking it into the far corner.

Saturday ended quite Victoriously for the boys in blue, and they are getting ready to send off two of their own, Mattarita and Wallace, of to the Costa Rican World Cup camp.  After scoring his first goal of the season and getting ready to move forward to the World Cup Matarrita explained, “It gives me extra hope. The goal was just an extra but I’ve been putting in hard work on and off the ball. The most important thing is that the team won. It’s more about the group than an individual performance.”

What everyone can be sure of is that it will be interesting to keep an eye on his performance in the World Cup that starts this June.