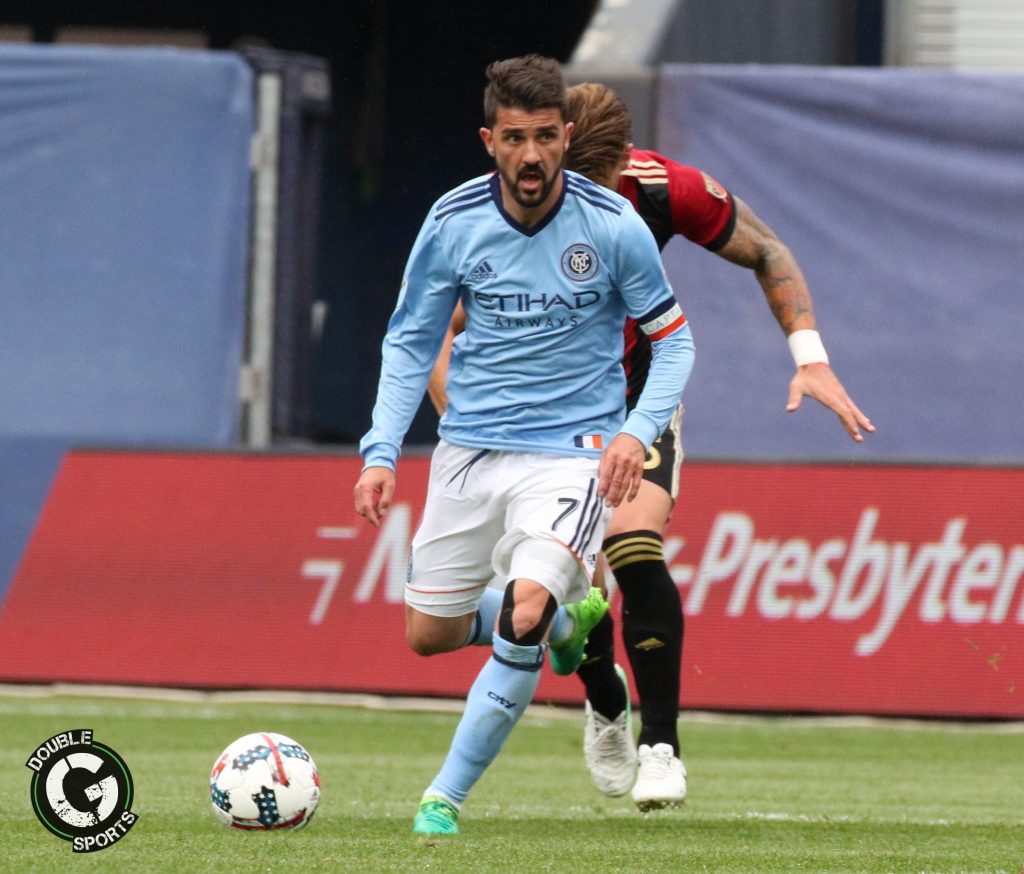 New York City FC, for the first time this season, sold out the soccer version of Yankee Stadium (33,679.) Fittingly enough, that first sellout came in the third Hudson River Derby of the year. With great weather and the always rare reliable weekend subway service, New York City soccer fans couldn’t ask for a better atmosphere and Villa couldn’t have asked for a better stage to shine this year.

After putting his team up a goal in the first half, ‘El Guaje’ had to pull some magic out of his old Spanish hat when New York Red Bulls starlet Bradley Wright-Phillips netted a brace, to paint Yankee Stadium Red two-thirds of the way through the match.

With his team down in the dumps and the crowd stunned silent, NYCFC’s Captain stepped up and led his team to the promise land. Soon, in a span of only a few minutes, Villa netted two more goals to seal a 3-2 comeback victory for NYCFC while finishing his hat-trick, the first of his MLS career.

On a night when the Red Bulls were eager to avenge an earlier loss to their rivals, Villa showed why he is part of soccer royalty, thus earning praise from soccer royalty post-match.

“He’s fantastic,” said NYCFC head coach and former Arsenal star Patrick Vieira. “He’s our leader when he’s performing like that – that lifts the team and players are behind him and follow him. So when David is playing very well, the team is playing well. And today was David.”

Vieira couldn’t have said it better, as today was about David Villa. That theme of the day drew praise from everyone at Yankee Stadium it seemed.

“David is always hungry for first and foremost win games,” said NYCFC goalkeeper Sean Johnson. “He is not happy when he doesn’t score goals, but he is a guy who speaks with his actions and everybody kind of follows through his work ethic. He has the quality that speaks for itself, and I am happy to have him on the team.”

In the Red Bulls camp, head coach Jesse Marsch even pointed out that Villa was on another level tonight.

“He’s a tough guy to deal with,” said Marsch. “You have to be alert for every moment. You can’t give them any space because when you do, he can hurt you. And obviously, he’s a quality player. There’s nothing more to say.”

For Villa, the Hudson River Derby may be a special occasion, but that doesn’t change how he plays.

These quintessential strokes of magic by Villa have been far too common this season for someone who is supposed to be “declining in their career.” But, if there is ever a player to defy the odds on how many times he can bring a team back from behind, it’s Villa.