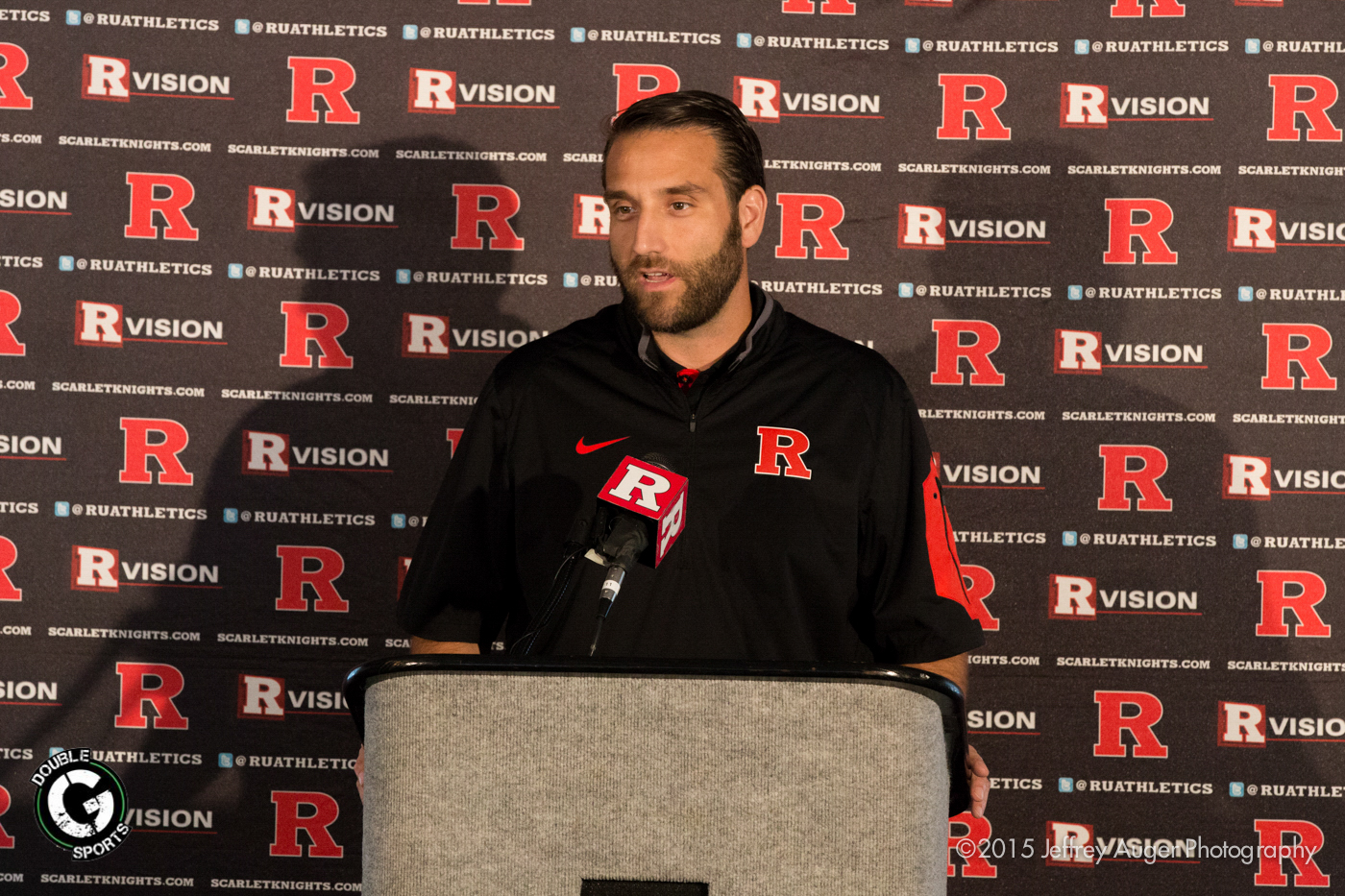 Rutgers Defense Must Improve In 2nd Year In The Big Ten

Coming into the season the players and coaches knew it was going to be a tough time getting adjusted to the Big Ten. Finishing with a conference record of 3-5, the Scarlet Knights beat Michigan, Indiana, and fellow newcomer Maryland. However, they lost a close one at home to Penn State, and got beat up by Nebraska, Wisconsin, Ohio State, and Michigan State.

In the Big Ten, you will see loads of talent on both sides of the ball, including mammoth-sized offensive linemen and talented running backs. Rutgers fell short against the Big Ten elite, getting pounded on defense. Head coach Kyle Flood and company have made an effort to get bigger in recruiting and in the offseason. Defensive coordinator Joe Rossi expects things to be different this season, especially with stuffing the run, which they’ve spent the offseason figuring out.

“We went through the spring, reassessed it, made some changes again going to camp, and constantly looking (on how to improve),” defensive coordinator Joe Rossi said at Rutgers Media Day on Sunday. “So, is there an element of we played some talented people – absolutely. But, we’re going to play talented backs every year, we’re going to play talented o-linemen every year, and we need to improve on our end so that we can do a better job.” 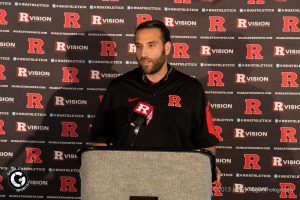 It all starts with familiarity on playing the same opponents from the year before, something the team hasn’t really done since going from the Big East in 2012, to American Athletic Conference the year after, and Big Ten last fall.

“And this is the first year we’re going to play a very similar schedule again. And so, when there is that commonality it gives you the ability to [say] ‘Hey, we’ve seen how they’ve attacked and how now we’re going to counter’, so it’s a positive just from a familiarity standpoint.”

In addition to creating a game plan, and facing the same team name as last fall, the team must execute collectively as Scarlet Knights vaunted “swarm defense”. Everyone has to do their job. One might think that stopping the run and even sacking the quarterback falls 100 percent on the defensive line. However, the second year coordinator, who prior coached special teams “On the Banks” doesn’t think so.

“Everyone,” Rossi said, whose defense gave up 212 yards on the ground last season, and finished No. 106 in the country with 2,760 rushing yards given up. “Run defense comes down to 11 players. It’s setting the edge and pressing the hips in general terms. Our defensive line, linebackers, and secondary are all accountable as well as myself in terms of improving the rush defense. It’s a total defensive effort for us to improve in the rush defense category.”

Rossi is excited and positive about his defense, and thinks it’ll show when the lights come on and fans are in the stands starting in September. The improvement might have even showed during the team’s first intrasquad scrimmage on Monday, where the defense held the running backs to 61 yards rushing on 40 attempts (stats from NJ.com).

“I’ve seen it along the way throughout the spring practice, I’ve seen it through the first portion of camp. But how much overall, we have a couple weeks left before we can see that. As in any defense that has success from Week 1 to the last week, you’ll see improvement. But I’m generally pleased.”

You can watch Rossi’s presser here.