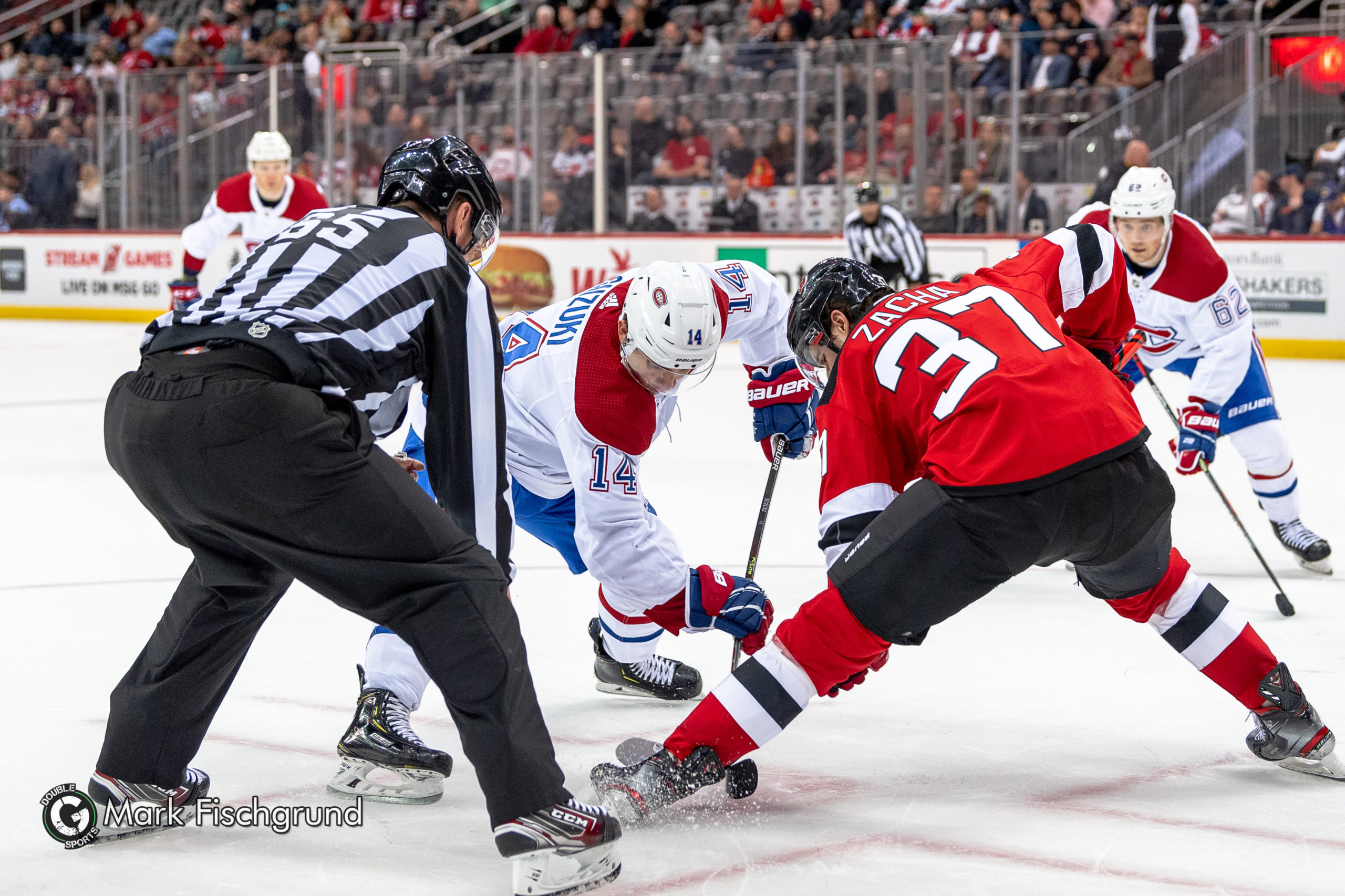 After one and a half periods of Tuesday night’s game against the Montreal Canadiens, the New Jersey Devils looked to be in control with a 3-0 lead and headed for an easy win. However, sloppy play from the defense paired with costly mistakes gave the Devils a 5-4 overtime loss.

Despite a slow start to the game, the Devils quickly picked up momentum on a hard-fought goal by Miles Wood which gave them a 1-0 lead. The Devils attacked the net more as the period progressed, finishing with eight shots. Had it not been for two impressive saves by Canadiens goalie Charlie Lindgren, the Devils would have gone into the 2nd period with a three-goal lead.

The Devils began to carry their momentum into the second period with a power-play goal by Kyle Palmieri less than two minutes into the period. Five minutes later, Jesper Bratt scored his tenth goal of the season, giving the Devils a 3-0 lead. Although, after that, the tables turned for the Devils and the Canadiens put it into high gear, with two unanswered goals. The first was a shorthanded goal by Joel Armia, followed by a goal by Nate Thompson.

The Devils’ poor play continued in the third period, where they surrendered their 3-0 lead to the Canadiens from two more unanswered goals by Nick Cousins and Christian Folin, respectively. Just when the fans in the Prudential Center thought it was over, Palmieri scored his second goal of the night to send the game into overtime. The game ended in shootout and the Devils hopes of taking the game back soon vanished, as former Devil Ilya Kovalchuk, who received a loud ovation of boos every time he touched the puck, scored the game-winner to give the Canadiens the 5-4 lead, only for Devils center Jack Hughes to miss the final shot of the game, giving Montreal the victory.

The defense played a big part in the blown lead, however, there were many factors that caused the Devils to lose tonight, and the main one was that they were not able to keep up with Montreal’s improvement throughout the night. Palmieri said after the game, “At the..midway point right after the shorthanded goal, they turned it up to another level. They played with the desperation they needed to get back into the game and we weren’t able to match it…we were controlling the game up until that point. I don’t think we really let our foot off the gas, I think they just turned it up and we didn’t match it.”

Interim head coach Alain Nasreddine put the blame on  “getting cute” and abandoning the game plan as a factor in the loss. “I thought we did a good job the first half of this game putting Montreal on their heels and using our speed and we kinda got away from it…for us getting a 3-0 lead, you should be able to close it out, but in this league, you can’t take time off, and we did…We gotta continue to learn.”

The Devils will look to bounce back from Tuesday’s loss when they face the Flyers on Thursday night in Philadelphia.