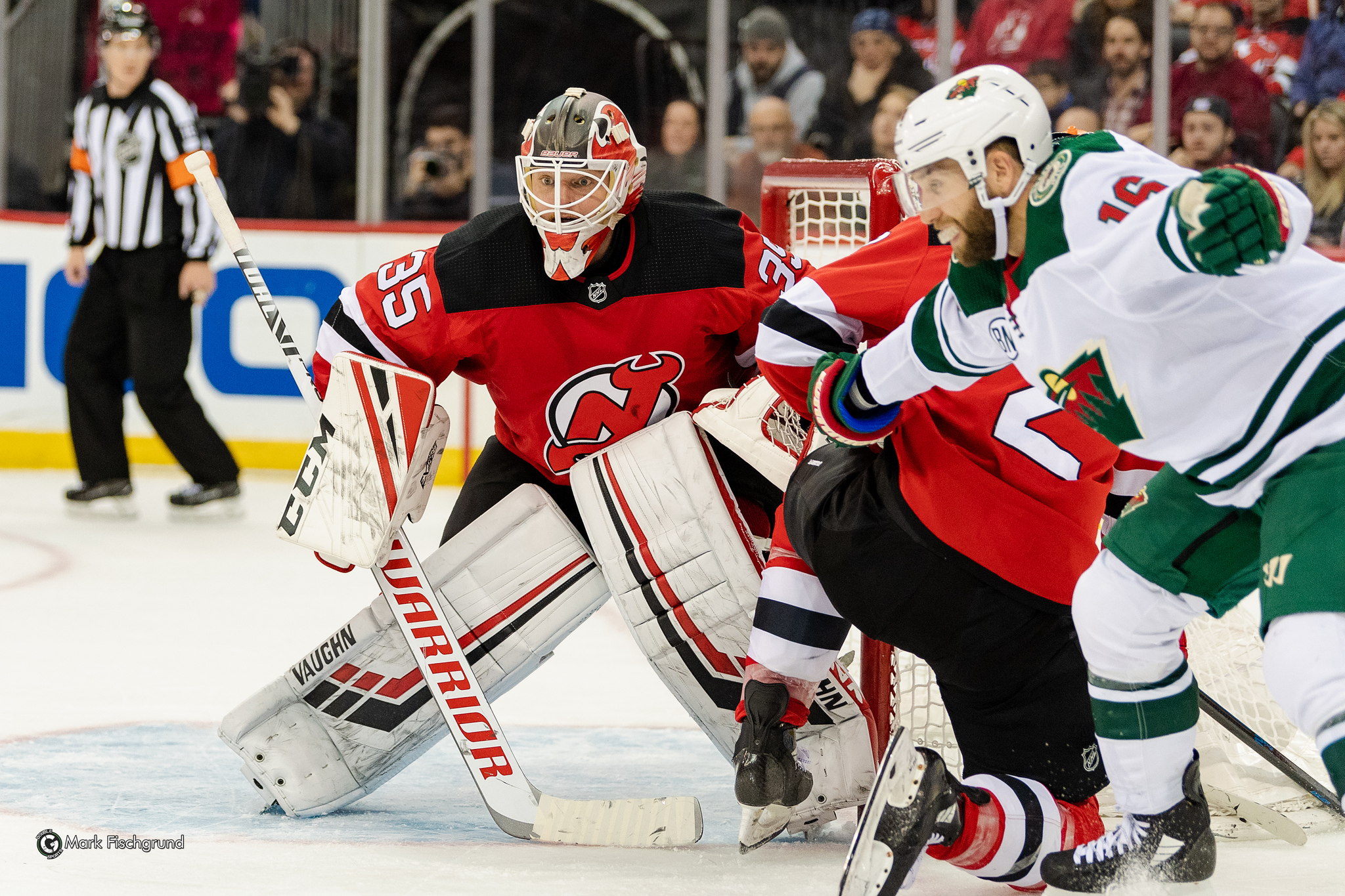 The Devils could not overcome an early deficit as they fell to the Minnesota Wild.

After Thursday’s shootout loss to the Islanders, the Devils returned to action at the Prudential Center against the Minnesota Wild. For New Jersey, the mission for the remainder of the season for the organization and John Hoynes is simple; get better and continue to develop young players for the 2019-2020 season and beyond.

That theme would be pertinent throughout Saturday’s game against the Wild. The Devils fell to Minnesota, 4-2, in front of 15,783 at the Prudential Center. The game featured some good, some bad, and some ugly for a New Jersey team that is trying to rebuild on the fly, while still trying to be competitive in the Eastern Conference.

New Jersey struck first as Brett Seney scored his fifth goal of the season for the early lead. That would be one of only seven shots the Devils put on goal in the first period as they looked out of sync throughout the period. The Wild tied the game on a Marcus Foligno score at 12:19 of the period.

Minnesota moved the lead to 2-1 as former Devil Zach Parise scored a power-play goal, his 22nd of the season. As the period began, the Devils (20-26-8) emerged with a new resolve as they became more aggressive. New Jersey was able to get more scoring opportunities and get more active in the offensive zone. Their best chance came on a Nico Hischier breakaway that was turned away by Wild goaltender Devan Dubnyk. The Devils aggressiveness continued as Foligno and Kurtis Gabriel fought at the 4:35 mark of the period.

Although New Jersey turned up the pressure, Minnesota (27-23-5) held firm. The Wild lead was extended to 3-1 on a by Joel Eriksson Ek at the 8:38 mark of the second period. After 40 minutes of play, Minnesota had outshot New Jersey 23-13.

The Devils pulled to within one early in the third. Jesper Bratt was the recipient of a beautiful pass from Damon Severson and found the back of the net for his fifth goal of the season. New Jersey found a second wind as they put a little more pressure on Dubnyk. Once again Minnesota withstood the charge as Luke Kunin got his second goal of the year to put the Devils deficit back to two goals. The last gasp for the Devils came late as they pulled Schneider for a 6-on-5 advantage, but it was to no avail as New Jersey lost their 18th home game of the season.

Cory Schneider, once the Devils number one goaltender, remained winless as he lost his sixth start of the year (0-6-2). He allowed four goals on 33 shots in the loss.

“I think Cory played well,” Devils coach John Hynes said. “I think the fourth goal, we would all like to have that one back. I think when you look at his game overall, he made some good saves and gave us an opportunity to win.”

What’s Next For The Devils

New Jersey gets right back to work as they welcome the Hurricanes to The Rock on Sunday matinee. Gametime is at 3 pm.