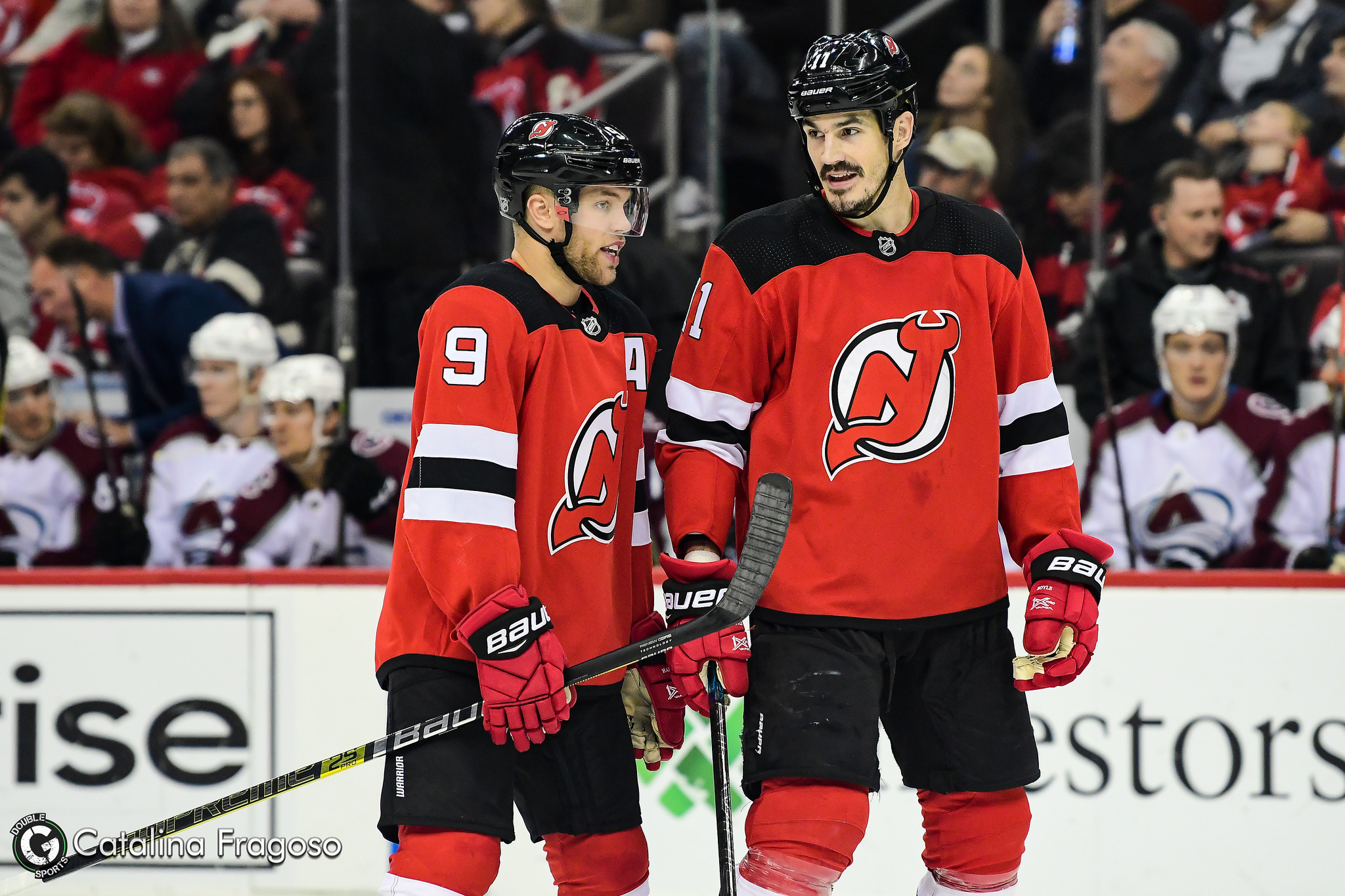 Devils Fall in OT to the Nashville Predators But Show Promise

The New Jersey Devils took on the Western Conference leading Nashville Predators in their seventh game of the season Thursday night.  Unlike their last two starts, the Devils looked ready to play when they took the ice at the Prudential Center. Even though the Devils loss was a rough one as they lead most of the game, it showed the team can compete with the best in the NHL.

The game also held significance in milestones.  Brian Boyle, who earlier had announced his cancer has gone into remission, played his 700th NHL game. Andy Green is also close to his 800th NHL/Devil Game needing only 5 more to capture that record.  Eric Gryba played his first game as New Jersey Devil Thursday night as well.

After the loss to the Flyers Saturday, the Devils needed to regroup.  Whatever Coach John Hynes said to the team during practice got through to them.  (It might have also been a little Patty Luck as Elias was in the crowd for Thursday’s game). The Devils hit the ice running in the first period playing at the same level as the first place Predators.  A strong shot by Miles Wood that was denied by Jusse Saros, who is in goal after starter Pekka Rinne was placed on the IR.  Shortly after that Damon Severson scored his second of the season with assists by Taylor Hall and Palmieri.

Filip Forsberg and P.K. Suban tried hard in the first to get it past Keith Kinkaid in the first but were denied early in the period. It wasn’t until there was just a little over five minutes left in the period that Yannick Webber blanked Kinkaid on a shot that didn’t like it was going in.  However that was not the end of scoring in the first. With a late penalty on Forsberg for interference with only 2:08 left the Devils had the opportunity to go up before intermission.  Nico Hischier met the challenge and snuck it passed Saros. before the end of the powerplay and period.

The Second Period was Lackluster on Both Sides

Even though both teams scored in the second, it was a slow go for most of the period.  The Devils and the Predators only had 6 & 7 SOG respectively.  Viktor Arvidsson and Hischier both got goals in the second with gave the Devils a 3-2 lead going into the third.

There was entertainment though before Arvidsson’s goal.  P.K. Suban tried to sell a trip or interference call on Taylor Hall.  Unfortunately, his Oscar-worthy performance did not convince the refs of any wrongdoing.  This was confirmed to the crowd by the ten different replays of the non-hit.

The Devils fought feverishly to maintain their lead. You would never guess they are the team that lost 5-2 to the Flyers in their last game.  Both teams grinded out every play and every shot. On a penalty to MoJo for tripping the game shifted.  Blake Coleman had a chance to push the Devils up 2 but his short-handed breakaway was denied by Saros.  Within a few clicks of the time clock, Forsberg tied the game at 3.

After the last hard fought seven minutes vanished it was time for 3-on-3.  Both teams showed strength in their overtime play.  It was the first of the season for the Devils and on any other night they would have probably won but it wasn’t in the cards.  Kyle Turris got the game-winning goal with 1:25 left in OT.

Takeaways and What’s Next

Devils showed they can bounce back after what might have been their worst game since in quite some time.  Coach Hynes talked positively in the press conference about how the team got back on track.  Also while the goal was two points, they ended with one.  Coach Hynes was optimistic that they will build on that and get two in their next game against the Florida Panthers Saturday.

Travis Zajac was back in the lineup Thursday night and is listed as Day-to-Day with a lower-body injury.  Zajac is one of the hearts of the Devils.  He is in his 9th season as a Devil and when he has been missing from line-up over the years the team seems to be affected.  He had the second most time on the ice for a forward and 4th overall.

Cory Schneider is eyeing his comeback as he doing some condition games while he is on loan to the AHL.  Jesper Bratt, Steve Santini, Ben Lovejoy, and Drew Stafford are still on the IR with no return date scheduled yet.