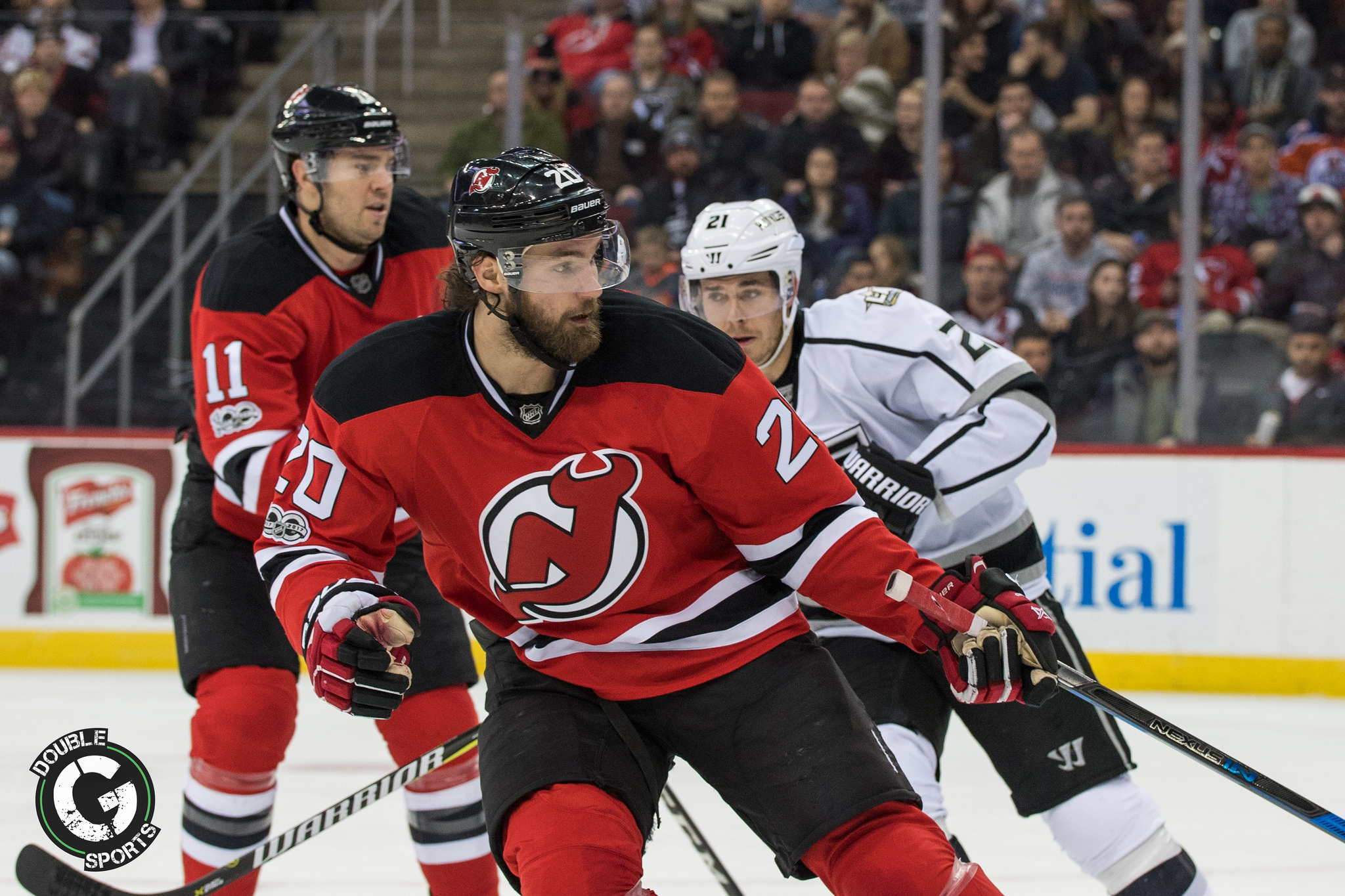 The National Hockey League’s season of free agency is not set to begin until July 1st, but New Jersey Devils general manager Ray Shero has some important decisions to make when it comes to a number of key players from last years roster. One of the many reasons the Devils made the playoffs for the first time in six years was due to their scoring depth and special teams. Many of the players responsible for the teams success are set to hit the open market in a little less than a month. Lets take a look at some of the pending restricted and unrestricted free agents for the Devils this summer:

At 26-years-old, Coleman enjoyed a rather successful rookie campaign. Although he briefly played with the big club in the 2016-2017 season, the Plano, Texas native was able to solidify himself as an NHL regular this season. in 79 games this season, Coleman scored 13 goals and added 12 assists for 25 points. He always seemed to step up when it mattered the most. He killed penalties, blocked shots and used his speed to generate high danger chances. he is not the kind of player that is going to be on the score sheet on a nightly basis, but he makes a difference during every shift.

New Jersey should not think twice about resigning Coleman. He personifies the mentality head coach John Hynes preaches to his players.

How appropriate is it that Noesen is next on this list? Like Coleman, Noesen is a Plano, Texas native that showed why he should be re-signed. After being traded to New Jersey from Anaheim in 2016, the 25-year-old right-wing had a little trouble adjusting on the Devils. He played in 32 games, only scoring six goals and totaling eight points. Fast-forward one year, Noesen brought a new element to his game. in 72 games, Noesen scored 13 goals while finishing with 27 points. He also showed flashes of having late-game heroic scoring. none better than his late goal in Game three of the Eastern Conference Quarterfinals against Tampa Bay.

Noesen is relentless on the forecheck and showed great promise in his second year with the team. New Jersey should bring him back and try to keep their bottom-six intact.

Wood brings an electric element to a team that has lacked it for some time. He is one of the fastest skaters in the league and his hands are starting to catch up. At the young age of 22, Wood improved on a rookie season that saw him total 17 points in 60 games. In 76 games this season, Wood scored 19 goals and added 13 assists for 32 points. His breakout speed causes fits for the opposing teams defense. If there is a 50/50 puck, Wood is the first guy there. He is strong on the puck and even stronger off of it. The 6’2 winger is not afraid to throw his body around and drop the gloves when necessary.

New Jersey will not let one of the fastest players in the league get away from them. Expect number 44 to be back in the black and red.

Gibbons is a very interesting case, here. In the early stages of the season, Gibbons looked like the find of the century for Shero. He was filling the net, killing penalties and drawing his fair share of penalties. His tenacity and speed helped New Jersey develop a successful penalty kill early on, but then it came to an abrupt halt. In a game against the Philadelphia Flyers in mid-January, Gibbons blocked a shot from Flyers defenseman Shayne Gostisbehere and broke his thumb. When he came back, he did not seem like the same player. He was rotated in and out of the lineup and saw limited action in two of New Jersey’s five playoff match-ups against the Lightning.

Gibbons was a good soldier early on for the Devils, but he is 30. Shero may be looking to some of the younger guys in the club to step up next season.

Acquired from the Edmonton Oilers at the trade deadline, Maroon seemed to fit right in with the Devils. He was a big-bodied, net-front presence on the power play and gave goaltenders no sight of the puck. He is an immovable force with the puck on his stick and can generate offense with his good hockey sense. The 6’3 winger is primed to have another strong season in 2017-2018.

Many believed Maroon was a rental for New Jersey and a sure-thing to return to Edmonton, but he liked his time here. He has family in New Jersey and liked the playing style of coach Hynes. Maroon may be sticking around Newark, if the asking price is right.

Left-handed shooting defenseman Moore was an iron man on the back-end for New Jersey this year. He played in all but one game and recorded 18 points while doing so. He is a fluid skater and can play in any game situation. For the second year in a row, however, his defensive game left a lot to be desired. He seemed to struggle at getting the puck out of the Devils end at times and had difficulty with the first pass.

Moore enjoys playing for New Jersey, but his time as a Devil may be coming to an end. The Devils have been linked to Islanders defenseman Calvin de Haan this summer, so that may be a sign that Moore is out.

Free agents are not allowed to sign with teams until July 1st, at 12 pm.UFA’s may begin speaking with other teams on June 25th while RFA’s can start speaking to other teams a day later. This should be a very fun and exciting summer for the Devils and their fan base.