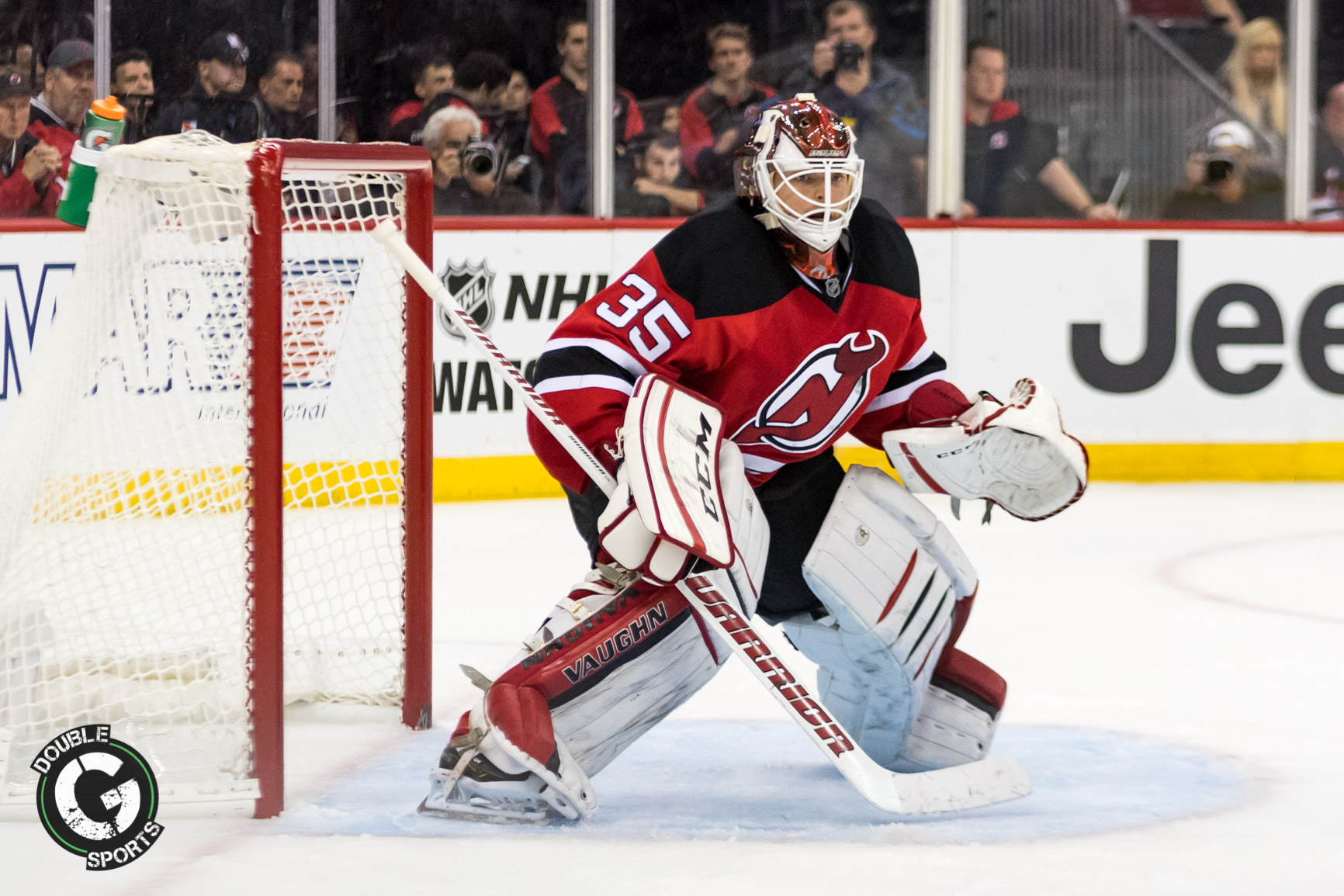 Devils hang on for 2-1 win against Montreal

With their postseason chances out of reach, the New Jersey Devils continued to shake up their roster in the past couple of days shipping out Ben Lovejoy, Keith Kinkaid and Marcus Johansson. In front of 12,791 in attendance at Prudential Center on Monday night, New Jersey had the difficult task of facing off against the Montreal Canadiens(33-23), fourth in the Atlantic Division with 73 points.

In the first period, the Devils managed to fire away numerous shot on goal at Canadiens goaltender Carey Price. Equally up to the task was Cory Schneider coming up with sharp saves especially on screens where his vision of the puck was blocked out. However, New Jersey would be a man down on the bench the rest of the game with Miles Wood exiting with a lower leg injury on a shot from the top of the point from Damon Severson.

Called up from Binghamton of the AHL on Sunday, Nathan Bastian immediately made his presence known. Bastian had help from a newcomer in defenseman Connor Carrick, acquired from Dallas in the Ben Lovejoy trade. Carrick snapped a puck by the top of the blue line that ended up getting tipped by Bastain who was parked in front of the net as the puck slid through Price’s pads into the net for his first career NHL goal with 7:35 remaining.

Bastain on the goal and playing in the game, “You go from being more than a fan to playing in the NHL in 24 hours, just felt strong around the net, so sometimes you tip it that it goes but lucky enough it squeezed through Price’s legs there. In the AHL you feel comfortable, it was all about cleaning up the details, knowing the call could come at anytime and be ready for it”

12 seconds second into the second period Schneider came up big making several saves with the Canadiens crashing into the net. With less than 17 minutes remaining, Carrick ripped a shot from the right point that Price initially stopped but Kurtis Gabriel scooped up the loose puck and flipped a backhander past a sprawled out Price into the wide open net for his second goal of the year.

“I was able to be creative along the offensive blue line, said Carrick. We’re a committed group to get in front of the net and Coach Hynes demands that and makes D-men every shot dangerous. I was able to get chugging along, certainly different at first and been through this before and have to stay in the moment, talk to yourself and get things going and lot of fun. You are not going to beat a goaltender like Carey Price clean real often and have to make things ugly for him and evident on both goals”

Despite holding a 2-0 advantage, Montreal dominated the shots on goal category, at one stretch outshooting the Devils 11-2 in the second period. New Jersey regained its composure cutting the margin down to 14-6 by the end of the period.

Both teams struggled mightily on the power play going a combined 0 for 9. The Canadiens made it interesting while shorthanded, Paul Byron breaking into the New Jersey zone and snapping a shot glove side past Schneider with 13:30 on the clock. Forced to pull the goalie with a minute to go, the Canadiens brought a ton of pressure but Schneider who made 34 saves and registered fourth win in the past six games and the Devils stood tall in the end for the victory.

Schneider on the win, “This is how we should compete every night and play. Young guys, old guys did their jobs, worked hard and why we won. I felt good from the start, a couple of saves early and it’s my job to keep us in games. My teammates did a good job of letting me see it and containing second chances”

Head Coach John Hynes on the team’s performance, “Really proud of the guys, having some more guys out of the lineup and guys coming into the lineup. These guys brought energy, when you are able to have a performance from guys called up it’s a tribute to Mark Dennehy and his staff down at Binghamton and doing a really good job. We had a strong work ethic, out attention to detail was good and guys coming in and making an impact”

“Our systems are similar and guys coming into a seamless transition. What we’re trying to do is have Binghamton and New Jersey play the same way and style and get these call-ups come in and coaching staff has done a great job but you have to credit the players for putting in the hard work to get better”

“Nate Bastian is a player, competitive, understand how to play and has size. Connor looked good on the offensive blue line, on both goals guys in the shot lane he adjusted and able to get his angle and get the puck through and what we need more from our back end. A competitive guy that does not back down from physical contact and comfortable under pressure”

“Cory played very well and gave us an opportunity when we we’re struggling. If Cory continues to builds his game the way he is building it and getting himself back in form that’s a real big step for him and us”