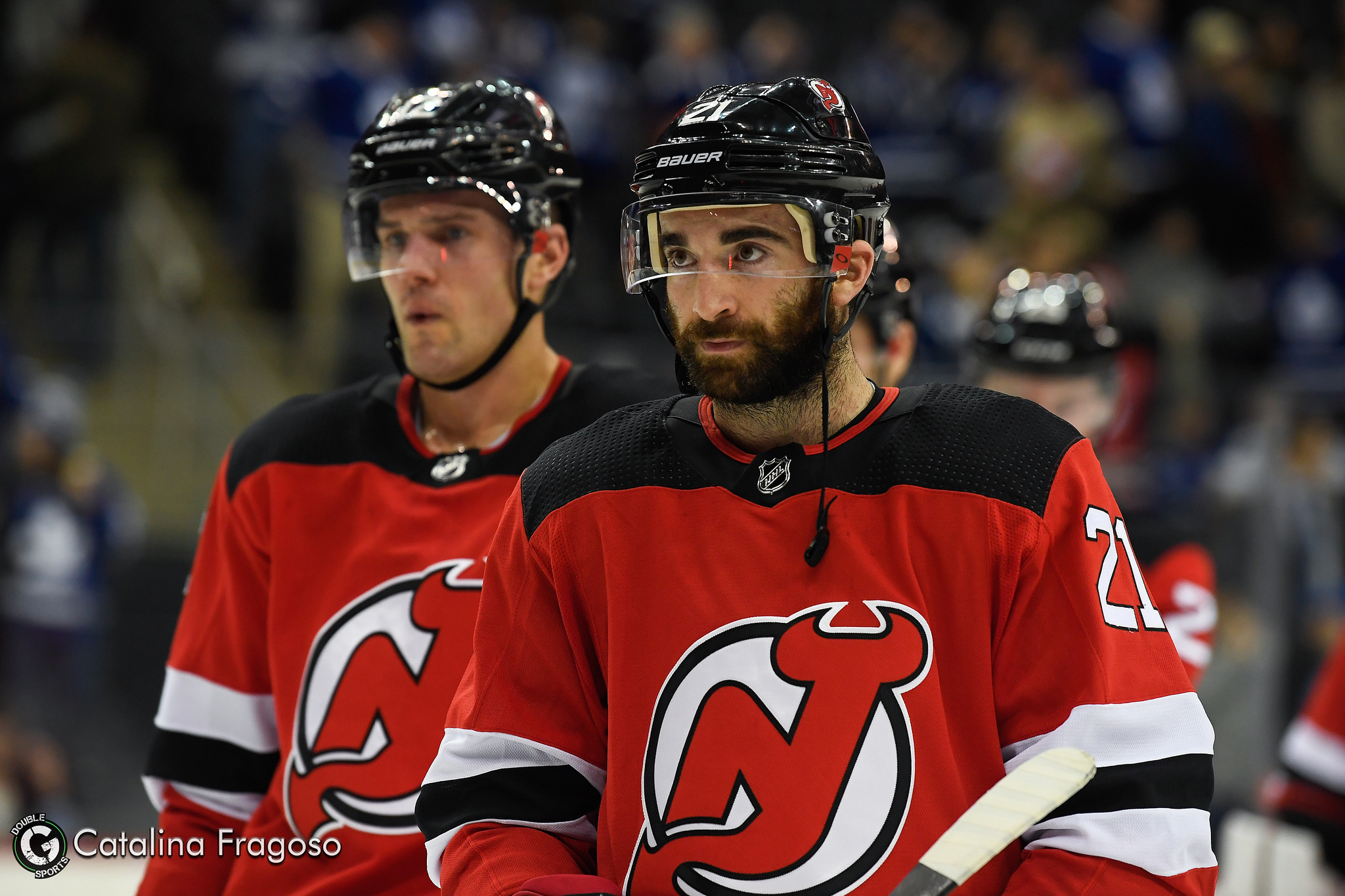 After a lackluster performance against the New York Islanders on Thursday night, the New Jersey Devils were expected to come out with physicality and energy Saturday against the Anaheim Ducks. The Devils were disappointed in their recent play and wanted to have a bounce-back effort before the All-Star break.

The effort was there but, unfortunately, the results were not. When it was all said and done, New Jersey dropped Saturdays matinee by a score of 3-2.

“Everyone in this room was disappointed and embarrassed with what happened the other day,” Kyle Palmieri said. “The compete was there, the hardness we need to play with was there.”

Marcus Johansson was the first Devil to answer the bell. After a beautiful display of patience and passing by line-mate Jesper Bratt, Johansson was able to put the puck on his backhand and lift past Anaheim goaltender John Gibson for his seventh goal of the season.

Following Sprong’s seventh of the season, Devils head coach John Hynes decided to challenge the play to determine whether or not it was offsides. After a short review, the call on the ice was upheld and the game was tied.

Losing the lead was not the only negative result from the challenge. Due to a rule change from the 2017-18 season, any team that loses an offside challenge would be penalized. Unfortunately, the lost challenge proved costly on the scoreboard.

Ducks forward Troy Terry was the beneficiary of that powerplay. The 21-year-old rookie beat Blackwood to give his team the lead just 88 seconds after the game was tied. Terry’s goal was the first of his young career.

New Jersey has a knack for allowing players to score the first goals of their career. Through 48 games this season, the Devils have allowed five first-career goals.

The Devils entered the third period trailing by one goal and played like it through the first few minutes. They were pushing the pace and were keeping the Ducks in their own zone. New Jersey threw everything towards Gibson but the Anaheim netminder was up to the task. Unfortunately for the Devils, the backbreaker came five minutes into the period.

Immediately after Gibson made a highway-robbery save on Nico Hischier, Derek Grant gave the Ducks the insurance they needed. Terry fed the puck to Grant who one-timed it over the shoulder of Blackwood to extend the Ducks lead to two.

With just under one-minute left in the third, Jesper Bratt wristed one past Gibson to bring the Devils within one, making the games finish a little more interesting.

Following Bratt’s seventh of the season, New Jersey failed to control the puck. The Devils went into the cold afternoon quietly, receiving their third straight loss from a Ducks team that ended a 12-game losing streak of their own two days ago.

New Jersey had the effort they wanted but could not come away with the win. Capitalizing and limiting the mistakes were something Devils captain Andy Greene spoke on, post-game.

“It seems like each night it’s the same mistakes but a little bit different,” Greene said. “We need to get on the same page and get rolling here […] we need to fix our game from inside here.”

Hynes agreed that the effort was better but there is still room for improvement. He specified that the areas the Devils have been struggling in, while improving, need to get much better in order to win.

“It was more of the game we wanted to play as opposed to the Islanders game,” Hynes said. “That’s still an area for us in our game, defensively and offensively, that we have to continue to get better at.”

Once again, New Jersey’s power-play was non-existent. This was another game that came down to special teams and the Devils were on the losing end of that contest, as well.

“We had a couple good looks, but you have a chance late in the game and you want to generate momentum with it,” Palmieri said. “We had looks and things didn’t bounce our way and at the end of the day, that is the story with it.”

New Jersey will enter the break 15 points out of a playoff spot. Not much has gone right for the Devils this season and the ship does not look like it is on the course to be righted just yet.

The Devils will meet the Pittsburgh Penguins on January 28, their first game post-break.