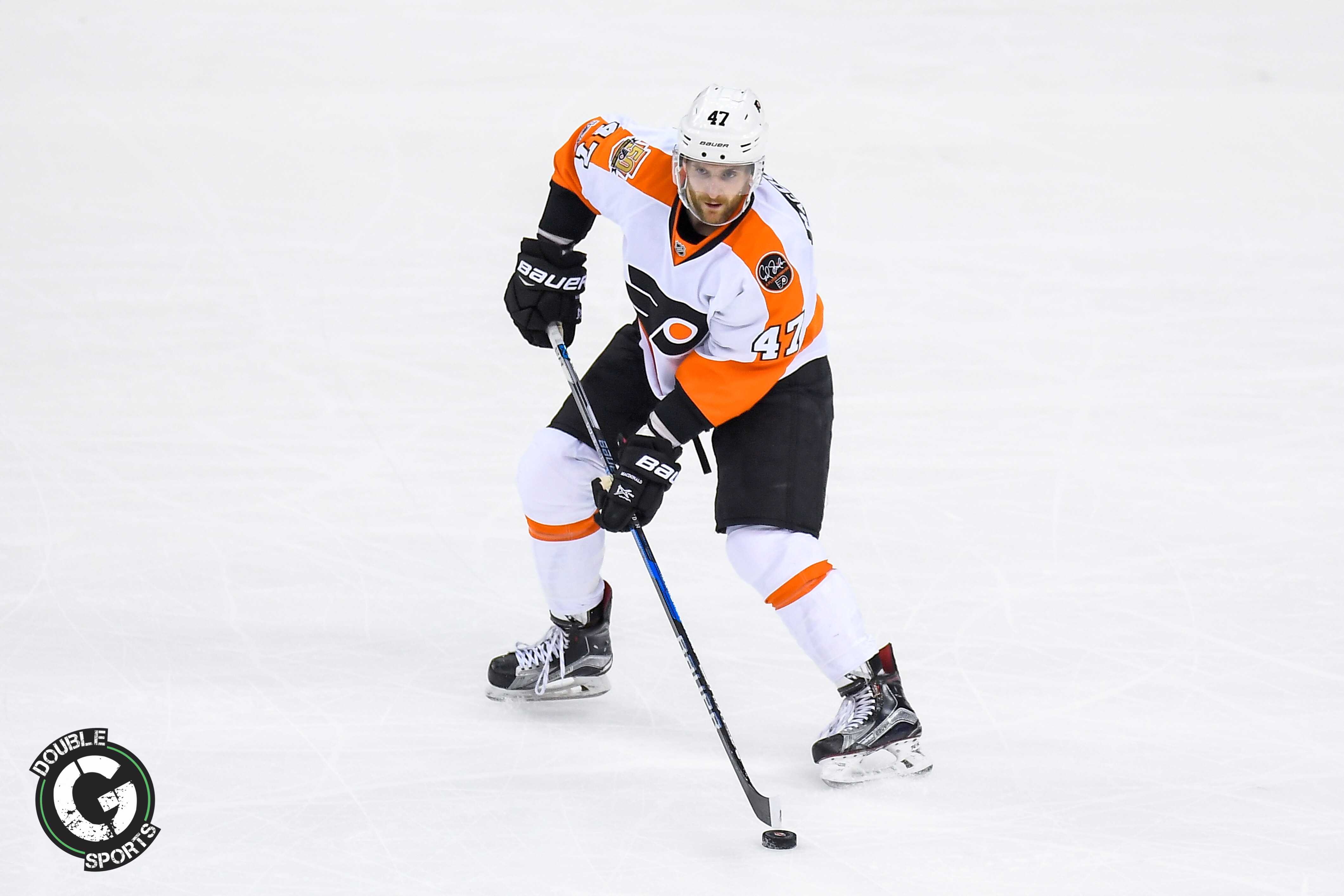 The Philadelphia Flyers enter the NHL Playoffs trying to knock out the two-time defending champion Pittsburgh Penguins. A battle for Pennsylvania. Hart Trophy candidate, Claude Giroux, will be key for the Flyers who have been a pesky team all season. At one point this season, the Flyers lost ten straight games. They are a streaky team. The Penguins swept the Flyers this season (4-0), outscoring Philadelphia 20-11.

Some of the DoubleGSports.com staff now share their predictions for the Flyers/Penguins series…

Earlier this season, the Philadelphia Flyers were dead for rights, with many calling for the jobs of head coach Dave Hakstol and general manager Ron Hextall during their notorious ten-game losing streak. Yet, here we are, as the Flyers surged after the deadline and found their way to a third-place finish in the Metropolitan Division. Claude Giroux’s strong overall game played a major factor in that, as he sits at second overall in points (102). Let’s not forget about Jakub Voracek and Sean Couturier, who proved to be dangerous to opposing defenses.

The Penguins are on the quest for the three-peat as Stanley Cup Champions. Sidney Crosby has proven throughout the entirety of the season that he is the best in the game, especially when looking at some of the almost-impossible goals he has scored through 82 games. Flanking Crosby is Evgeni Malkin, Phil Kessel, and Jake Guentzel, making one of the more fearsome offenses in the game. Not to mention they have deadline acquisition Derick Brassard, who is working his way back from injury, and could play a key role for Pittsbugh. Their one downfall has been the depth on defense, which has, in turn, kept their offense extra busy. Not to mention that goaltender Matt Murray is coming off the most inconsistent season of his career.

While the Flyers look to have the offense to combat the Penguins, Brian Elliott’s play in the net will be important. As we have seen in the past, Elliott’s play can be hot and cold, which could be a deciding factor. Despite the defensive flaws, it is hard to count out the Crosby-led team, and they defeat the Flyers in six games.

The way the Penguins have owned the Flyers this year is hard to ignore. Their center depth is unmatched and if we see another Filppula vs Crosby experiment, it’s already over. It’s why Konecny isn’t on the top line, coach Hakstol doesn’t trust him defensively. Giroux will continue to take lots of defensive faceoffs against high end players. Unless the bottom-six of the Flyers step up their game big time, an upset isn’t likely.

However, the Penguins allow a lot of high danger shots to match their own, and Murray hasn’t been that good this year. Pittsburgh is vulnerable as opposed to last year. Things could get interesting but the Penguins are just the better team. The matchups down the middle are in their favor.

This is going to be the biggest upset in the first round. The Flyers and Penguins have similar teams;  two high scoring top six, a decent D with some good puck moving defensemen, and some question marks in net.  Matt Murray has been hurt and grieving the death of his father so he’s missed a significant amount of time.  The Flyers have never had consistent goaltending and the combo of Petr Mrazek and Brian Elliott doesn’t scream Stanley Cup.

The key to this series will be the play of Claude Giroux.  After a terrible season last year, he eclipsed the 100 point mark.  If he and Jakub Voracek get on the same page, they’re a dangerous combination.  Look for Ivan Provorov to shut down Evgeni Malkin and step up as one of the best young defensemen in the league. The Penguins have a lot of tread on their tires and will fall to the Flyers in seven games.